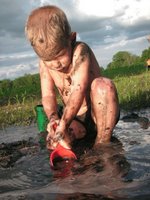 The ID wave of the future?

When I was done with the task of chastising the brand spanking new creationists who won the Answers in Genesis essay contest, I figured that was that. Perhaps I will never learn.

Paul Lamicela, the grand prize winner, has created a website where he offers a slightly spiffed up version of his AiG essay, Antimatter and the Big Bang. No, it's not improved. While he was at it, Paul uploaded an essay on the importance of taking the opening lines of Genesis as literally as possible. It's a kiddie version of Ken Ham's argument about foundations: Biblical literalism is bedrock while an allegorical reading is shifting sand. Paul even cribs art from AiG with which to illustrate his unoriginal points. If he continues to hone his writing skills, Paul will be able to join the ranks of the adult creationists who spend all their time using cut-and-paste to recycle their old arguments. 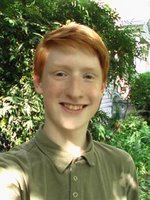 While R. Josiah Magnuson is younger than Paul, the writer of the second runner-up essay has outstripped his rival in his career as a creationist. Josiah is officially the “Intelligent Design advisor” to a presidential candidate. That's president of the United States, not president of Josiah's sophomore class. (Josiah is homeschooled, anyway.)

Who could the presidential candidate be? Surely it must be one of the conservative candidates, so that lets out Clinton, Gore, Obama, or Edwards (even though Edwards was born in Magnuson's home state of South Carolina). Perhaps it's McCain, or Romney, or Cheney, or (giggle) Frist, or (ha!) Allen.

Nope. None of the above. If you clicked on the link, you know it's Gene Chapman! (Someone please cue up Hail to the Chief.) Chapman is so old-fashioned that the major plank in his platform is anti-communism. Yes, that's how traditional he is. He also dislikes “Demopublicans” (and, I assume, “Republicrats”), but is somewhat more kindly disposed toward the Constitution Party, whose nomination he would apparently not spurn.

I really don't think all of those are political parties, but what the heck. Chapman is a maverick candidate.

He is concerned about the possible impact on his candidacy of another zero-visibility presidential aspirant, George Phillies. He's a candidate for the Libertarian Party's presidential nomination, a prize that Chapman appears to covet for himself. Since the stakes are so small, the attack must be disproportionately large. Chapman has unleashed none other than his Intelligent Design advisor to destroy the candidacy of Phillies—by exposing him as a communist!

R. Josiah Magnuson On The ACLU

A main reason Chapman said that Phillies is seemingly a Communist because, for one, Phillies is a card-carrying member of the ACLU. The ACLU was founded by Communist Roger Baldwin, who stated: “I too take a class position. It is anti-capitlatist [sic] and pro-revolutionary…. When that power of the working class is once achieved, as it has been only in the Soviet Union, I am for maintaining it by any means whatsoever.” When asked for a statement of his beliefs regarding the ACLU in the Harvard 1935 class book, Baldwin proclaimed: “Communism is the goal.” True to its purpose, the ACLU has for years attacked Christian values in these United States, and effected the removal of much of true Conservative principle and American heritage from the minds of the people.

Why, it makes one's heart swell with pride! Little Josiah has learned the quote-mining lessons of creationism and is applying them diligently in the field of politics. You see, Roger Baldwin was the founding director of the ACLU. Roger Baldwin had leftist associations. Therefore, Phillies is a communist! We must acknowledge that this chain of reasoning is just as solid as Josiah's writings on evolution. No doubt about it.

I did mention quote-mining. There are several missing sentences in the Baldwin quote, their place taken by the discreet ellipsis. Here is a fuller quote: “I, too, take a class position. It is anti-capitalist and pro-revolutionary. I believe in non-violent methods of struggle as most effective in the long run for building up successful working class power.” Also, Baldwin was praising the Soviet Union at a time when Hitler had come to power in Germany and before Stalin's great purges occurred. The Soviet Union would end up as our ally in World War II. After the war, however, Baldwin and his cohorts at the ACLU spurned communist associations. The fuller story, however, weakens the case for considering the Libertarian candidate for president a communist, so those details must be omitted.

In addition to opposing communism, Chapman also dislikes taxes. In fact, Chapman pays no taxes because they are unconstitutional (in his eyes), comprising a form of slavery:

In conversations with Greek scholars at the highest theological levels of both Bob Jones University and the Southern Baptist Convention, along with my own studies, I found that there are three primary attributes of slavery in antiquity:

1) Taxation of Property (1st, 3rd and 4th Planks of “The Communist Manifesto”).
2) Taxation of Labor (income tax: flat or graduated/ 2nd Plank).
3) Counting People Like Cattle (to control labor and/ or property). 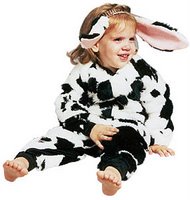 At least I understand his concern about counting people like cattle. The U.S. Census Bureau does so at its own peril! While one can readily take a census of cattle by counting their legs and dividing by four, this technique leads to chaos when applied to human beings. We are not animals! (I knew this had to link up with creationism again somehow.)

Chapman also has the credentials to make people flock to his banner:

My most prominent accomplishment to date is that I became a whistleblower in the trucking industry hours-of-service issue at the highest levels of American government in 2001.

I fear that Chapman is one of the very few people in the world who does not look at his website as the moral equivalent of political parody. He's dead serious, but the presidential poll on his main page tells an interesting story about the visitors to his site. When asked whether they will vote for Gene Chapman, John McCain, or Hillary Clinton for president in 2008, visitors to Chapman's site choose Senator Clinton by a fair margin.

I suspect Chapman is not getting the message out to his people. Too bad for him that Josiah isn't of voting age.

Update: It appears that Chapman has folded his tent and stolen away into the night. His candidacy and his website are both defunct, so links in this post to the Chapman campaign website will not work. Go here instead. Josiah's original posts were deleted when Chapman closed down his weblog, but the youngster labors on at The Worldviews Revolution. And, yes, he's still recycling tired old creationist arguments but, after all, they're shiny-new to him.
Posted by Zeno at 3:00 PM

HELLO!
I'M ITALIAN.YOUR BLOG IS VERY BEAUTIFUL.I HAVE GOT A BLOG:
WWW.SUPERJUVENTUS.BLOGSPOT.COM
YOU GO IN MY BLOG AND YOU WRITE A COMMENT.
BY!

I came to quite a different conclusion about what the results from the site-meter on Chapman's site reveal. I believe that the disproportionate number of votes for H. Clinton proves the liberal media intelligentsia’s control of even the internet. I suspect there is a web-bot of unknown configuration and complexity that monitors all such polls and through nefarious means, some them involving fake email addresses and others involving a host of miscounted (Or would that be miscounting?) fellow-travelers, guarantees that the liberal candidate wins.

Someone once said that I was paranoid, but that is only because “they” were watching.

Amazing volume of traffic that Chapman guy is getting.

I'll keep you comments on Baldwin in mind for the debate in Las Vegas.

Thanks for your objectivity.

You can never tell on the internet, but I think PiD is joking.

And here I was thinking the primary attribute of slavery was being owned by someone. Boy do I feel silly.

I love the little link on the right hand side of his website that says "Why Gene Doesn't Pay Income or Property Taxes". Looks like old Hoviepoo is going to have a cellmate soon.

Or the left side, even. Time for more coffee.

boo, you dummy, a primary attribute of slavery is having the property you don't even own taxed! DUH!


lord. that's a whacko stand to take. and "being counted"? when did that one sneak into the goofball creationist/nutjob (redundant?) lexicon? it's started to show up regularly..."treated like animals", "counted like animals", etc. When did we start counting animals and why is it so terrible? I don't often count animals unless i'm a) catching them in the ocean or 2) being chased by them in the forest. i don't think that hurts their feelings.

Gene Chapman could not get the nomination of the Constitution Party, or any party made up of people in their right minds.

Gene Chapman's campaign is made up of pointless attacks on other candidates and any one who opposes him.

Chapman, who denied for a long time of having a myspace, is chasing after women on there.

Gene has attacked people who are against calling them communist and Rosie O'Donald look-a-likes.

There is a BIG question about Gene's mental state. He once set himself on fire and was put in a mental hospital.

I was going to go to the Chapman site, but when I checked the cupboard there was no tin-foil from which to fashion a hat, so that will have to wait until I have made the trek to Costco.

As to Josiah? I see a Ralph Reed style fall from grace in his future.

Of course, one never knows, but I think it's a pretty safe bet this kid is never getting out.