Kelly James died in a snow cave near the summit of Oregon's Mount Hood. James Kim died of exposure near Grants Pass while hiking for help for his stranded family. While Kim's family was rescued, James's mountain-climbing companions are still missing, every passing day making their successful rescue less likely.

Will they be among the last people to die in this way? I'm afraid not.

Kim worked for Cnet in San Francisco. When the first news stories began to appear about the missing Kim family, it struck me as strange that someone with James Kim's background could vanish without a trace. Aren't we all connected all the time these days? Wasn't Kim wired into the rest of the world?

In fact, he was, and brief signals from his cell phone were important clues in narrowing the search to the area where his wife and children were rescued. Kim himself, though, got further lost while hiking more than 16 miles trying to find help. Not only had Kim originally driven his vehicle more than 21 miles into the mountains on a little-used logging road, he actually doubled back during his hike from the stranded car when he left the road in apparent hope of finding a more direct path. He was not carrying a GPS device to keep him oriented in the right direction. (In an inadvertent display of automatically generated bad taste, Cnet's website responded to a search on “James Kim” with a sponsored commercial plug for a car-tracking system: “Don't Be Stranded.”) 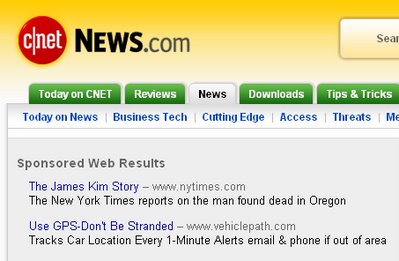 There are still gaps in our technology umbrella. Cell phones do not work everywhere and GPS systems provide information that may mean very little to you. (How would you use latitude and longitude or even directions to find your way out of the mountains if you don't know the local roads and whether they're passable?) Finally, being able to tell people about your plight does not mean that it will be possible to rescue you (as many of the victims of 9/11 discovered). Even as we become more interconnected, there will always be things that can go wrong.

Cheryll Barron's article in the December 17, 2006, edition of the San Francisco Chronicle carried the headline “Machines can't save the world.” I was nodding my head as I read one of Barron's key paragraphs:

I am sure I was not the only person poring over reviews of this Christmas' gadget gift possibilities in the same newspapers in which I read that James Kim was an influential San Francisco technology editor who specialized in small gadgets—and about the breathtaking array of large-scale gadgets deployed to look for him.

No, you weren't the only one, Cheryll. Although we are surrounded by people with cell phones pressed constantly to their ears, our connections are still more fragile than we realize. Although our wired environment may save the lives of more people in the future, you can still fall through the cracks.

James Kim and his family were deep inside a no-service area in southern Oregon. 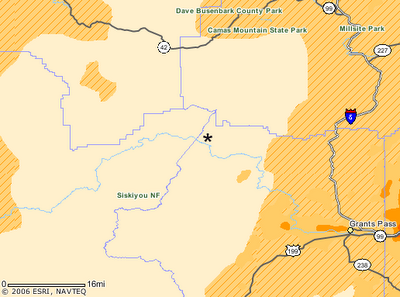