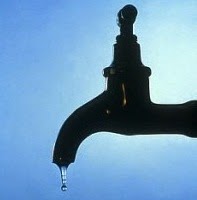 The Porterville Recorder is a local newspaper down in my home turf of Tulare County. You may have heard of Porterville. The New York Times featured it prominently in a story about the great California drought and its impact on the Central Valley. The situation is grim, with wells running dry and people limited to bottled water for the necessities of life. Farmers with crops had already been told that irrigation water would not be available from the state's interconnected water projects. Hundreds of thousands of acres lie fallow, waiting for the uncertain return of water in this third year of intense drought.


Water issues seem to have been hi-jacked, ransacked, and co-opted in California by the environmentalist radicals. There is a cavernous, endless void of common sense.

Let me explain. Two hundred percent of the entire Central Valley’s annual agricultural water needs are being flush[ed] straight to sea for a variety of different esoteric environmental reasons. The Central Valley is reeling from the devastation this policy hath wrought.

Anyone who drives down U.S. 99 or Interstate 5 will have seen the signs demanding an end to the “Congress-Created” drought. It's an article of faith among many down in the valley that the water shortage is all some kind of extremist environmentalist plot to coddle a tiny fish.


This water is being diverted to save nonindigenous smelt in the San Francisco Bay. Hundreds of millions of gallons went to this cause. Zero gallons to the Central Valley’s people and farms.
There are pumps at the top of the Central Valley water canal infrastructure which are restricted from running due to an old Endangered Species Act ruling, an outcome crafted, championed, and orchestrated over decades by the environmental movement to protect these minnows.

If only the pumps could be turned on, the Central Valley drought would be over! Those stupid little fish would die, but farms would live!  But “diverted”? No, it's the natural flow through the Delta. Diversion occurs when it's pumped elsewhere. Nevertheless, Cohen reiterates his key point:


The immediate water crisis has been fomented by the environmentalists since there is plenty of water in the north (Remember the 200 percent outflows to the Pacific ongoing today?). The current crisis in the Central Valley could be mitigated immediately if the pumps were turned on and the canals filled.

Apparently Cohen believes that half the water currently being “flushed” into the sea could be diverted from Northern California's abundant supply and shipped south to thirsty farmland. What would happen to the San Joaquin Delta and the San Francisco Bay Area if the water flow were cut in half from its currently drought-depressed levels?

Salt-water incursion, of course. The Delta would die. The Pacific Ocean waters that currently mix in the bay would move further into the Delta. Would it reach the pumps and cause them to start shipping saline solution to the south? I don't know. The damage might not extend that far, although the Delta would suffer severe degradation. But quite apart from the fate of the tiny smelt, the Bay Area fisheries could be taken off life-support because they could not survive with the flow cut in half.

No one should understate the suffering of California's farms and farmers under the continuing drought. Livelihoods and family traditions are being destroyed and only the strongest manage to survive. But the debate over remedies for the drought has been poisoned by paranoid fantasies.


The environmentalists are trying to, in their own words, return the Central Valley to the natural condition it was 200 years ago—a vast ecological basin. They are trying to dry the place up, starve it, reverse the development—a form of radical anti-progress, if you will.

Cohen does not share with us “their own words,” the words of the extremists who supposedly have the state legislature and the court system at their beck and call. If he dredged up a quote—and surely one could be found somewhere—espousing a radical return to “unspoiled nature” before the advent of farming in the valley, Cohen would necessarily find himself citing some fringe figure of minimal authority and negligible influence in today's debates over water policy. The real issue is that water is in catastrophically short supply and farmers are in competition with many others who want and need Northern California water. Cohen says “there is plenty of water in the north” even as the north state's reservoirs have fallen to record lows in water storage.This delusion will not advance the state of the debate.

Cohen rings the changes on his talking points to make sure we don't miss them: “our water,” he says; “dumping water to the sea.” Any drop that makes it to the San Francisco Bay is evidently wasted.

And lest we miss Cohen's qualifications to speak on behalf of “small family farms, which represent more than 90 percent of agriculture in California,” he drops this nugget on the table:


I, a true environmentalist, who grows and cares for 1.5 million pistachio trees, say to all, indeed, these radicals, care not about the trees.

Thank you, small farmer, for enlightening us.