One page at a time

The importance of packaging

He seemed smart enough, but he was an extremely unreliable student. He confided to me that he was under treatment for an anxiety condition, but his therapy had clearly not resolved his problem. Still, he started off the semester by powering through the lessons and it looked like he would be all right in the long run.

But looks can be deceiving. His scores on the exams eroded steadily throughout the term, and the erosion was eating away at his chances of passing the class. We met during office hours. We conferred after class. He e-mailed me questions, which I tried to answer promptly. Nothing worked. On top of all that, anxiety feeds on itself, so his emotional condition was not improving.

Of course, we tried that old stand-by of extending his time and letting him linger over the exams, but there was no significant pay-off. The situation was desperate—and so was he.

Despite decades of teaching, I was slow to recognize the significance of an anomaly in my student's performance. Although his exams were increasingly disastrous, his quiz scores remained persistently decent, hovering between B's and C's. It was nearly too late when inspiration finally struck me.

“We're going to do something different on the last chapter test,” I told him.

My announcement did not please him. He mistrusted change. However, he was docile enough and desperate enough to cooperate with whatever I wanted to try. 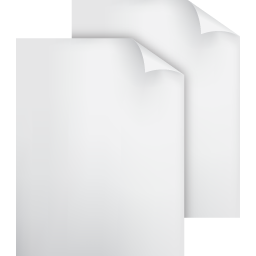 “I will dole out this exam to you one page at a time,” I continued. “You won't get page two until you return page one to me. If there's time at the end of your extended period, you can ask for individual pages back, but only one page will be on your desk at a time.”

His eyes widened. “It'll be like quizzes!” he said. “A series of quizzes! I can do quizzes!”

On exam day, we followed the one-page-at-a-time protocol rigorously. He never had multiple sheets of paper simultaneously on his desk. When I graded his exam, his score soared into the nineties. I was both astonished and gratified. It had worked ever so much better than I had dared hope.

We did it again on the final exam. He broke discipline this time and filched old pages from my desk when he came up for new pages. I noticed that he sometimes had two or three pages on his desk. He did a lot of flipping between them, making clear to me for the first time what he had been doing on the exams when he had crashed and burned. The one-page approach permitted him to stay focused. Under its restrictions he couldn't compulsively jump back and forth between problems, aborting each solution before he finished. I began to monitor him more closely when he came up to swap pages.

Although he never had the entire final exam on his desk at one time, his occasionally divided attention cost him and his final exam result was not superior. Nevertheless, it was good enough to secure him a passing grade for the course, much to his (and my) relief. He learned a new way to manage his difficulty in expressing his knowledge.

And, obviously, I learned something, too.