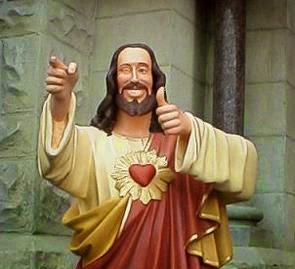 God's not at all well

The belabors of Hercules

Yes, I slipped in to see God's Not Dead the other day, looking about suspiciously at my fellow movie-goers. It soon became apparent they were there for the Kool-Aid. When Josh Wheaton asks Professor Radisson, “How can you hate someone who doesn't exist?”, the guy a few seats over from me went “Oh, yeah!” Because, you know, it was such a brilliant and devastating riposte to the professor's expressions of disbelief. Theists refuse to believe that anyone actually lacks belief in God; atheists are all sort of pretending, I guess.

The movie has already undergone many trenchant analyses and deconstructions and, yes, it really is an awful piece of tripe. Its cloying earnestness seems to me to be unselfconscious, indicating that the movie's creators are genuinely shallow and lacking in the power of self-reflection. Smug certainty has destroyed their capacity for critical thought.

Since there's no great need for me to add redundant criticisms, let me instead offer some points related to my personal perspective as a college professor, the false notes that regularly pulled me out of the motion picture and made me keenly aware that I was watching a religious tract.

Kevin Sorbo depicted Professor Radisson as a self-important authoritarian, a dispenser of “truth” who hates to be questioned. Such professors are not unknown in academia, but they are rare. Most of us like students to think about what they are told, to question dogma and to discuss these matters with classmates and instructors. Of course, the movie could have merely chosen to depict one of these curmudgeonly professors as a device for conveying a lesson—except in this case it's less of a lesson and more of an unrelenting harangue. 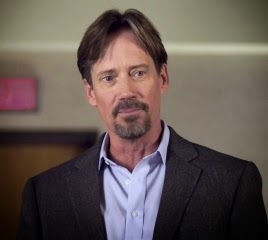 I nearly laughed out loud at the end of the scene involving the first day of philosophy class. The professor adds Bertrand Russell's Why I am not a Christian to the reading list for the next session. Apparently the students had already been assigned David Hume on “The Problem of Induction” (presumably an excerpt from An Enquiry Concerning Human Understanding) and Discourse on the Method (Discours de la méthode) by René Descartes. How often does the class meet? This is a daunting reading list even assuming the students have a week in which to plow through it. Perhaps Radisson had distributed a syllabus in which only certain pages were indicated for the week's reading, but his addition of Russell to the list carried no such limitation. I can imagine the screenwriter congratulating himself on using Russell's book as Radisson's shot across Wheaton's bow: “Heh, heh. This'll raise the audience's hackles! Even though most of them won't know who Russell is, the title will do the trick!”

No one has commented, to my knowledge, on Radisson's office. Although it's made clear that he is considered the prohibitive frontrunner for the position of department chair, he has yet to achieve that status. Nevertheless, his office is large enough to serve as a hangar for a 747 and his desk is long enough to land jet fighters. Radisson must work for one of the most prestigious and most richly endowed universities in the western world. It's like those television sitcoms where impoverished young people live in deluxe apartments while subsisting on ramen and cheap beer. I was most impressed.

Dean Cain's character could have been ripped from the pages of an Ayn Rand novel. Unbelieving and self-absorbed, “Mark” has no time for altruism. He is a “superman” who rapidly sheds any inconveniences that arise between him and his goals. His girlfriend develops cancer? Ex-girlfriend! His mother descends into the fog of Alzheimer's? Time to forget her just as she's involuntarily forgotten him! (Of course, when Mark is hectored by his sister into paying Mom a visit in the nursing home, Mom manages to emerge from her dementia just long enough to deliver a lucid little sermonette to shame her unbelieving son. A miracle!)

The subplot depicting the Arab girl who converted to Christianity was especially disturbing. Of course, her Muslim father beat her and ejected her from the house. We got to see him cry afterward, so I imagine the movie producers felt they had gone the extra mile in humanizing the devout believer in a false religion. (See, kids! This is how you behave when you follow Allah instead of Yahweh!) I managed not to hoot aloud when a close-up revealed that the girl had been listening to lessons recorded by Franklin Graham. Franklin! A pale imitation of the real thing, but apparently good enough to cost a young woman her family and her home.

I won't dwell on the ghoulish ending, which was embarrassing in the extreme. When the preachers were crouching over the dying Professor Radisson, I was half-expecting them to sprout vampire fangs, they were so eager to sink their teeth into him. Instead I want to point out the ridiculousness of the final scene in Radisson's philosophy class. Since it was foreordained that Wheaton had to win, humiliating his atheist professor, it was impossible that the end of the debate would offer any surprises. And it didn't. Right on cue, the Asian boy who had befriended Wheaton was the first to rise to his feet to declare “God's not dead!” and Wheaton the winner. But then every single student stood up and joined the chorus. Really? Every student? I watched closely, looking for the students who would stubbornly keep their seats, rolling their eyes at their suddenly faithful classmates—all of whom had been willing only a few weeks before to scrawl their names on God's obituary. I didn't see a one.

Fake, fake, fake. Nothing short of a fire drill or the end of class will get every student to pop up from his or her desk. My neighbors in the movie theater may have noticed I was chuckling, but so were some of them. Perhaps they thought I was participating in their joy at Wheaton's David-vs.-Goliath triumph.

When thinking is too much trouble

My exams seldom contain surprises, but my students' answers do. Since I'm a firm believer in keeping track of student progress with frequent quizzes, I telegraph my punches. Students have plenty of opportunity to discern what facts, techniques, procedures, and calculations I deem the most important. (They also—most of them—learn the importance of regular attendance so as not to miss these pre-exam rehearsals.)

Of course, some students take it too far. These are the students who have had the unfortunate educational experience of intensely patterned teaching to “the test.” These are also the students who badger me for “practice tests” in advance of each exam. What do they want? Problems that are exactly like the ones they'll encounter on the exam.(I presume I'm permitted to change the numbers a little bit.)

What surprised me most this past school year was the discovery of this tendency among my calculus students. I was used to seeing it in my lower-level classes like algebra, but in multivariate calculus? An example of the behavior of the template-driven student will suffice. You'll see the problem, even if the terms are mysterious.

On an exam I asked my students to (a) compute the gradient of a function of two variables and evaluate it at a given point. No problem. In part (b) I asked them how large the directional derivative could be? Several students were thrown for a loss. They wanted to compute a specific directional derivative, but instead I was asking them for its maximum possible value. There was no way they could do what they wanted to do because I had not provided a direction, so they made one up. They had memorized the pattern in the quiz and insisted on replicating it exactly on the exam. Since I had, in effect, swapped (b) and (c), they were deeply perplexed and forged ahead with the moves they had learned by rote.

Embarrassing! It wasn't a very large number of students, but I had been hoping they had been weaned away from this tendency by the time they arrived in the calculus III class. I learned otherwise.
Posted by Zeno at 8:00 PM 3 comments: