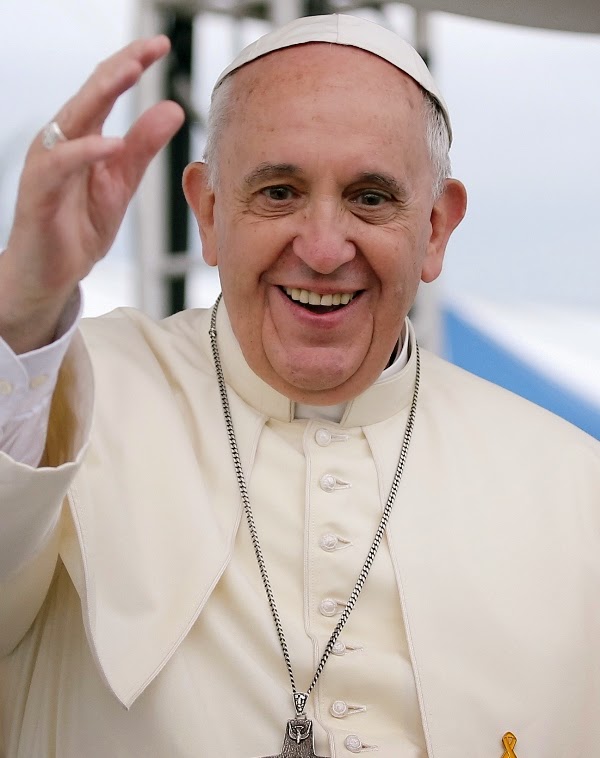 Jorge Mario Bergoglio has been Pope Francis of the Roman Catholic Church for less than two years, but that's been plenty of time to establish that he has a talent for sparking over-reaction. One expects this is in part due to the contrast between Francis and his immediate predecessor, Benedict XVI, the Panzer pope still living in retirement in Vatican City. Pope Francis has raised exaggerated expectations simply because he comes across as milder and less doctrinaire than popes of recent memory, but no one should believe that he is likely to do anything significant with respect to women in the clergy, the ban on contraception, or the Church's medieval attitudes toward homosexuality. He merely avoids the condemnatory language that others in the hierarchy prefer to use.

In most respects, therefore, I expect little more from Pope Francis than a kinder and friendlier tone. His one potentially significant departure from past practice is not ensnared in hoary Church dogma, which perhaps gives him more freedom of movement. That is the pope's inclination to address humanity's responsibility toward the environment. Francis appears to be ready to go beyond God's exhortation in Genesis 1:28: “Be fruitful and increase in number; fill the earth and subdue it.” He is reportedly working on an encyclical on global warming and climate change. It doesn't take much to outrage the Church's lunatic fringe, and this was more than enough.

Church Militant TV was quick off the mark to condemn the pontiff. In its news report for February 2, 2015, Church Militant spokeswoman Christine Niles snidely commented on the pope's environmentalism:


In light of the pope's upcoming encyclical on climate change, the Environmental Protection Agency made a recent trip to the Vatican. Gina McCarthy, head of the agency, told papal aides that Obama wants to work with the pope to promote the president's “green” agenda. According to McCarthy, Catholic Relief Services and the U.S. Bishops Conference have also offered their help, but many Catholics remain confused, wondering why the Supreme Pontiff would choose to base his next encyclical on a dubious, unproven theory, when the greatest threats to the faith today are attacks on marriage and the family.


Her comments occur at 1:32 in the video. What's next? Is vaccination a tool of Satan?