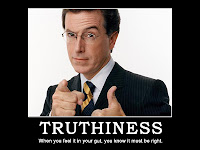 Perhaps you have heard we are now living in a “post-truth” era, but it hasn't disturbed you too much because it's merely a manifestation of the low quality of today's politicians. Sure, Donald Trump spouts random nonsense all the time, but he's as undisciplined as a spoiled toddler, so no one is surprised. Carly Fiorina is, by contrast, a conscious liar, but she's an unimportant fringe candidate without credibility, so who cares? Ben Carson's relationship with truth seems pretty strained, but he's always a little spaced-out and detached from reality; besides, his star is fading.

I could go on in this vein, but I think the problem is worse than a simple matter of our candidates being worse than usual during this unfortunately prolonged election season. (It's not even election year yet, dammit!) The post-truth virus is spreading among us. I've seen this post-truth attitude affecting mere mortals, too. People I used to know as classmates, back when they seemed sane and responsible, are in its grip. 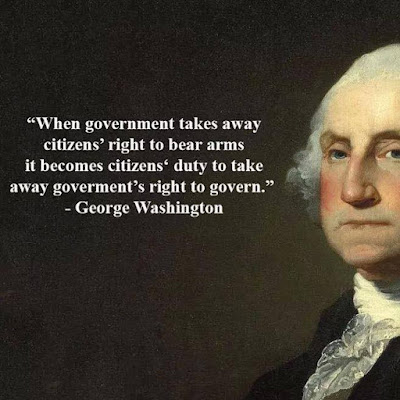 It was clearly a specious quotation: “When government takes away citizens' right to bear arms it becomes citzens' duty to take away government's right to govern.” How could anyone take seriously a claim that George Washington ever sounded like a spokesperson for the NRA? I looked it up, verified it was false, and let her know with a simple declarative statement:


These words were never spoken or written by George Washington.

She soon replied with a charming lack of concern:

I thought she was missing the point:


I think false attributions should be discouraged. Mainly because they're false.


But truer words were neer spoken, no matter by whom.

See? True or not, it doesn't matter. The fundamental lie at the heart of the statement is irrelevant because she agrees with the statement. We have a problem.

And that's the truth! 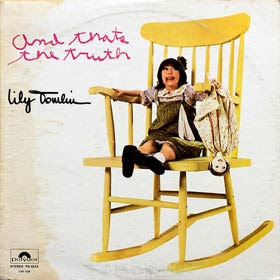 One of my family members posted (or, rather, re-posted) a cheery little Christmas manifesto: How dare anyone besmirch the holiday season by inflicting “Happy Holidays” on Yuletide revelers, thereby harshing their Jesus buzz. 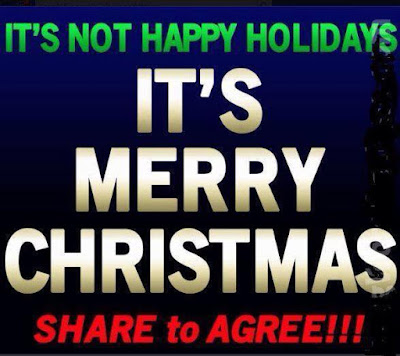 The three exclamation points really clinch the argument, as I'm sure you'll agree. Except that I didn't. I offered a mild demurrer:


This is not something worth a fight over. If someone wishes you “Happy Holidays,” it might just be a polite Jewish person who is mostly left out of the whole Christmas business. It might be a store worker who is merely following instructions not to make assumptions about the affiliations of the customers. It takes away from the spirit of the season to get worked up about this and it's probably not good for the blood pressure.

If you're anticipating my relative's reaction, you may well be thinking I was instantly subjected to a barrage of abuse, denunciation, and name-calling. Well, that would be wrong. My relative promptly agreed with me. But check out the actual wording:


Feel the same way. It was meant for those who accuse those of us who are entitled to our beliefs & customs as causing discomfort to other groups when we are expected to be considerate of their celebrations.

Ah, yes. It was merely a mild-mannered belligerence in the service of Christian peace and love. How could anyone object?

I put this in the same category as people who wave their Confederate “heritage-pride” flags and pretend to be amazed when others take offense.
Posted by Zeno at 9:00 AM 5 comments: