It was a coincidence. On Thursday I stumbled across a television program devoted to the life of Nathaniel S. Colley, Sr. The name was familiar to me, since I had heard it many times during my stint in state service. Colley was an attorney and civil rights leader in Sacramento, known to all of the state capital's elected officials and public servants. The biographical program on Sacramento's KVIE devoted a significant amount of time to Colley's vigorous endorsement of his McGeorge Law School colleague Anthony Kennedy for the U.S. Supreme Court.


“I am here because I know Judge Kennedy well. He is a man of great integrity who has a sincere devotion to the rule of law.” —Nathaniel Colley, December 1987

On Friday I picked up a copy of that morning's San Francisco Chronicle and a headline caught my eye:

The newspaper reported that attorneys for the plaintiffs would argue for a Supreme Court decision that would quash not only Proposition 8, but all similar bans against same-sex marriage. Such a ruling would have the effect of extending gay marriage throughout the United States, much as Lawrence v. Texas invalidated all of the state laws against so-called sodomy (however defined) and same-sex relations.

“The petitioners are entitled to respect for their private lives. The State cannot demean their existence or control their destiny by making their private sexual conduct a crime.” 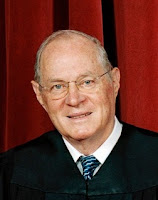 As a prominent black civil-rights activist, Nathaniel Colley's endorsement was a key factor in Anthony Kennedy's unanimous confirmation to the Supreme Court. Kennedy had been criticized for his membership in a whites-only country club, but Colley testified before the Senate Judiciary Committee that Kennedy had worked against the restriction on minority membership and resigned when it became clear that he would not succeed in ending it.


“Several witnesses attested to this evolution and to Judge Kennedy's open-mindedness, and to the fact that his development process is continuing. He is a grown man who will grow more, said Nathaniel Colley.”

Justice Kennedy is today the high court's most famous “swing vote.” With the notable exception of the Obamacare decision, where it was Chief Justice Roberts who cast the deciding vote, most observers agree that as Kennedy goes, so goes the Supreme Court. Naturally, therefore, all eyes are on the author of the Lawrence v. Texas decision. Will Justice Kennedy seize upon the Proposition 8 case as a new opportunity for growth, or will he continue his recent trend of aligning with the court's conservative bloc?

Many people are pessimistic. Kennedy has not inspired much confidence. My fingers, however, are figuratively crossed. Justice Scalia is an intemperate bully who has roundly abused his colleagues when they disagree with him. Kennedy has no reason to embrace Scalia's position to preserve a collegiality that is nonexistent. He can do as he pleases. 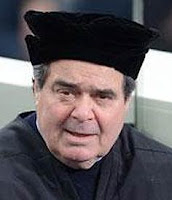 Will it please him to strike down Proposition 8? And, if he does, will he dispatch it with a stiletto or a saber? If Kennedy is thinking in terms of his judicial legacy, he must certainly be aware that cases decided on narrowly-construed grounds with limited impact do not make for key chapters in the history books. If he ducks the matter with a convenient technicality, he will have squandered a golden opportunity to leave his mark on the Golden State and beyond. The author of Lawrence could burnish his reputation as a milestone jurist with a simple and straightforward ruling in Hollingsworth that Proposition 8 and all measures like it are unconstitutional on equal-rights grounds.

In this context it might be appropriate to recall Anthony Kennedy's tenure at McGeorge School of Law. The longtime dean was a gay man, as was one of the dean's best friends, a closeted actor who was among the law school's most significant benefactors when he wasn't playing a lawyer on TV. Kennedy should keep these friends and colleagues in mind as he decides the Proposition 8 case. He could strike another blow for the advancement of civil rights. He could confirm Nathaniel Colley's judgment that he is a man who grows.

And he could give Scalia apoplexy.
Posted by Zeno at 11:00 AM 7 comments:

The once and future pope? 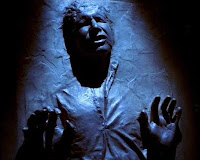 The next pope of the Roman Catholic Church will be elected during the month of March, taking over as supreme pontiff from the resigned Benedict XVI, who is expected to revert to his pre-papal name of Joseph Ratzinger. The ex-pope is supposed to devote the remainder of his life to quiet contemplation and prayer, discontinuing his practice of inspirational writing for fear of overshadowing his successor. Ratzinger will supposedly be immured in the Mater Ecclesiae monastery.

There is, however, a subtle plot by the College of Cardinals to keep the new pope in check. The men in red are seizing the rare opportunity of having an ex-pope on hand while breaking in the new guy. They can always threaten to bring the old guy back if the new one disappoints. Of course, Ratzinger is old and tired. The cardinalatial plot depends crucially on Ratzinger's preservation as pope-in-reserve. A clever cabal has solved the problem. Unknown to the world at large, Benedict XVI has been encased in carbonite, as demonstrated by this rare photograph of the pontiff in frozen repose. 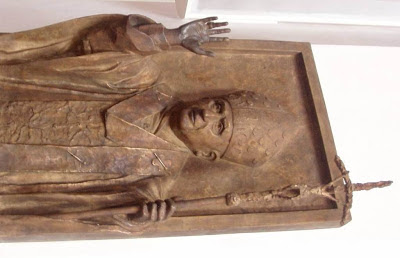 The revelatory picture confirms the rumor that Benny Hex was not part of the cardinals' scheme, as he was obviously taken by surprise in mid-blessing. Clever, clever cardinals!

Cows in the city

Escape from the valley

Or perhaps I should say, “Cows in The City,” as San Francisco is wont to style itself.

In a few hours I will be participating in my first book event to occur outside the boundaries of California's great Central Valley. My novel will be presented to curious urbanites, no doubt eager to learn about the arcane details of Portuguese immigrant life on a family dairy farm. The subject matter is redolent with a sense of thrills, excitement, and drama. Irresistible!

If you're in the Bay Area this evening, consider dropping in at Books Inc. in San Francisco's Opera Plaza on Van Ness. The event officially starts at 7:00, but I'll be loitering in the area beforehand. (Loitering in bookstores is something I'm good at.) 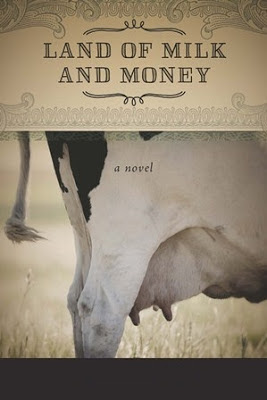 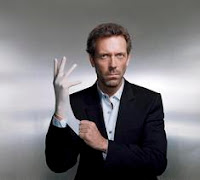 This ought to hurt a little

It usually happens right after the first exam of the semester. Somewhere between one third to two thirds of the class is disappointed with the results. Nearly everyone expected an A or a B. Many are surprised they earned a C, D, or even an F. I give an assignment:


Send me an e-mail message by noon on Wednesday that contains two things:

Except for the few fatalists who signed up for the class in full expectation of miserable failure (why are they even there?), the students tend to take the assignment seriously. Interesting and often thoughtful responses come in:


I think part of my reason for scoring so low was I didn't thoroughly double check my work. I missed a good amount of points by not double checking that I knew answers to, or just wrote down wrong but still knew the right answer to.

An excellent observation. We have a long class period and I allow my students the entire time for the exam. They have ample opportunity to review and check their answers. Getting out the door before the class period is over is not a good priority.


I skipped the last two sections of the chapter so I didnt get enough practice with the word problems. I also made a lot of simple mistakes that could have been avoided if I would have checked my work carefully.

Self-knowledge. A beautiful thing. The next step is to actually do something about it.


I didn't push myself hard enough to finish all chapter homework. which would of help me master solving linear equations, inequalities and problem solving ect.

Indubitably. Hardly anyone succeeds without practice, and that's what the homework is for. Thanks for noticing.


I think my problem for the test was I didn't study enough.

Yes, I do recommend the practice of studying. Do please give it a try.


1. I think what was wrong with the exam and why I got such a low score was the fact that I barely got any sleep. 2. Study more, go to bed early, and be more prepared. Also I should try to understand certain problems more

Okay, I think you raise some good points. People do better on exams when they are well rested. However, I sense an element of denial. Of the last five class days, you missed three. See the problem?
Posted by Zeno at 4:30 PM 3 comments: