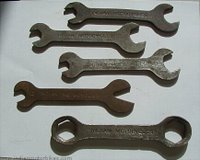 Thrown for a loss

I was a very good boy this year. You can trust me on this because, as I said, I am very good and therefore unlikely to lie to you. I therefore went shopping during the Christmas aftermath for a suitable year-end present for myself. I had decided that it was high time I got myself a laptop computer. Yes, I know, it's shocking, but I've managed to get by using only desktop systems for the past 23 years. It's a wonder I've survived.

By a curious fluke, I found myself at a crime scene when I strolled into the laptop computer section of a local computer store. Someone had managed to pry a laptop loose from its security cradle and make off with it during the night. Sales reps and managers were standing around scratching their heads and trying to pin down the time of the crime. Some were bent over the empty security cradle, looking for clues as to how it had been defeated.

Despite the excitement, they eventually noticed that there were still a few people looking to acquire new computers in the traditional way, whereupon a couple of sales reps peeled themselves away from CSI:PC and one latched on to me. Our discussions proved fruitful, I finding a laptop I liked and he chalking up a sale. During the lulls in the processing of my purchase and the retrieval of my new computer from the stock room, I found myself reminiscing about another bit of late-night thievery.

The crime occurred years ago on the grounds of the family dairy farm. A couple of guys had apparently decided that the best way to obtain some tools would be to raid the workshop of one of the local farms. It wasn't too difficult to get in. They approached the corrugated metal building from the rear, avoiding the homes that sat in front of it. There are corrals behind the workshop, but the fences aren't very high and an unencumbered individual can easily clamber over them.

Unencumbered. Perhaps you detect a flaw in their plan.

The thieves must have been young first-timers, because they gave their caper no forethought whatsoever. Lacking a bag for their swag, they apparently stuffed socket sets, crescent wrenches, screwdrivers, and hammers into their pockets. Perhaps they clutched to their chests the ones that didn't fit. There's much evidence that they tried to carry off quite a lot. 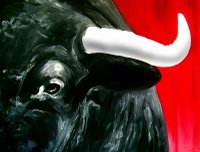 They lost some of their haul immediately, as they climbed out the back window of the shop. They lost a little more climbing the fence into the first corral. The corrals weren't empty, but dairy cattle are mild-mannered creatures, more likely to crowd into a distant corner to avoid intruders than to molest them. However, even mild-mannered cows are accustomed to relieving themselves wherever they happen to be standing at the time. Crossing a cow corral in the dark is not an undertaking for the squeamish or faint of heart.

And one's footing can never be taken for granted.

More tools were later recovered from that first corral, although they were somewhat in need of a brisk rinsing-off before they could returned to the pegboard on the wall of the workshop.

The thieves' line of retreat was easily detected in the morning light. My brother and cousins picked their way along the path, bending down frequently to pick up yet another dropped tool. It was getting clear that the night's work was not going to be very rewarding for our novice brigands, although it was probably extremely educational. My brother told me later that the recoveries tapered off as he followed the trail from corral to corral, until he suddenly came to a major bounty. The thieves had lost most of the remnants of their booty all at once in one particular corral.

The one containing the bull.
Posted by Zeno at 5:00 PM