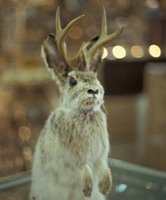 The clear light of reason

Our president is under attack. I know, because I've done this myself. My sense of fairness, however, prompts me to rise to Mr. Bush's defense when he is attacked unfairly. There is gross illogic in the criticism of the president by My Alter Ego Speaks for our commander-in-chief's refusal to cut and run. Let me explain.

“I do know that we have not succeeded as fast as we wanted to succeed,” and went on to say “I thought we would succeed quicker than we did, and I am disappointed by the pace of success.”

Brilliant! Sheer genius! I tip my hat to the master of rhetoric behind these words! By applying this approach to my problems and those of the people in my life, I am able to see the world in a much more positive light. For example:

I will address these points in order:

Bush is never on firmer ground than when he talks about the value of patience in a scenario like a lottery. Even if your chance of winning is only one in a billion, you must eventually win in the long run. For example, if you play one billion times, then your likelihood of winning is

I'd say a 63.2% chance of winning a huge fortune tells us that staying the course is a good thing. You should have your prize in hand well before the heat death of the universe. Anyway, as wise lottery officials the world over tell us, “You have to play to win!”

As someone who is single, I have no special expertise in the art of persuading one's spouse to service one's needs. This is one area where outsourcing might be considered. I understand that such services are readily available in Washington, D.C., where the providers of said services are called contractors. Ask Dick Cheney for references.

My Alter Ego might be surprised to learn that there are wonderful opportunities in grad school for dissertation research and crystal meth production, especially during those all-nighters before qualifying exams. I can speak authoritatively on this subject because my own nephew, who is a doctoral candidate in chemistry at a big university, tells me that— Um, sorry. I recall that he did ask me not to go into details. Just take my word for me. Or forget that I said anything.

This comparison to Bush's words is the most unfair of all. As a man who is close to the earth—a gentleman farmer and rancher who is practically a naturalist—the president is well aware that wings and antlers are not compatible in nature. The jackalope, for example, which sports quite marvelous antlers, has thereby thrown in his lot with ground dwellers, because antlers and flight are not compatible. The president undoubtedly knows this, he being a clear-sighted man who can see both jackalopes on his ranch (probably while clearing the interminable brush) and victory in Iraq (while fighting the endless global war on terrorism).

In conclusion, I'd like to point out the final clincher: We would have no chance—zero, nada, zip—of winning a war in Iraq if President Bush had not ordered his invasion. Thanks to his vision for the future, the chance of victory is nonzero. You have to play to win!

(Thanks to Brad DeLong for citing My Alter Ego Speaks.)
Posted by Zeno at 7:00 AM

Thanks for that. It's not that often that a blog post makes me laugh out loud. You know, I never realized how likely it is to win the lottery if you just believe hard enough and persevere. Maybe I'll ask my closest one billion friends to each by a ticket; we'll be rich by next week!