During the past month my nightstand reading has been Edmund Morris's magisterial two-volume biography of Theodore Roosevelt. The second book is titled Theodore Rex and covers the (nearly) eight years that TR was in the White House. Early in his presidency, Roosevelt had to deal with a scandal involving American troops in the Philippines. The United States had acquired the islands four years earlier in the wake of the Spanish-American war and was involved in a battle to pacify local insurrectos and to establish an American protectorate (which remained the status of the Philippines until independence was granted in 1946 during the Truman administration).

The war in the Philippines was a nasty affair. American soldiers who were captured or surrendered to the insurrectos were roasted alive, dismembered, stoned, or otherwise tortured. U.S. Senator Henry Cabot Lodge had a long bill of particulars which he read out to his colleagues, sickening the members of the upper house. Lodge, however, had recourse to this extraordinary device because he was trying to quiet the nation's outrage at decisions by U.S. Army officers to respond to torture with torture. A hundred years ago, it was still considered improper for Americans to lower themselves to the least common denominator.

The following excerpt begins on p. 99 of the paperback edition of Theodore Rex and ends on p. 101:

Q Had you any orders from General [Jacob H.] Smith to kill and burn? If so, state all that he said.
A “I wish you to kill and burn. The more you kill and the more you burn, the better you will please me.” Not once only, but several times...
Q Did you ever ask General Smith whom he wished you to kill?
A Yes. He said he wanted all persons killed who were capable of bearing arms, and I asked if he would define the age limit.
Q What did General Smith say?
A “Ten years.”

Waller also quoted a written order from the general: “The interior of Samar must be made a howling wilderness.”

No sooner had the phrases kill and burn and howling wilderness registered on the American conscience than a third, water cure, came out of the Committee hearings. Witness after witness testified to widespread use by American soldiers of this traditional torture, developed by Spanish priests as a means of instilling reverence for the Holy Ghost:

A man is thrown down on his back and three or four men sit on his arms and legs and hold him down and either a gun barrel or a rifle barrel or a carbine barrel or a stick as big as a belaying pin ... is simply thrust into his jaws ... and then water is poured onto his face, down his throat and nose ... until the man gives some sign of giving in or becomes unconscious.... His suffering must be that of a man who is drowning, but who cannot drown.

Other reports spoke of natives being flogged, toasted, strung up by their thumbs, and tattoed “facially” for identification. 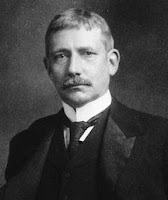 Amid mounting cries of revulsion, the President swung into action. He met with his Cabinet on 15 April, and demanded a full briefing on the Philippine situation. [Secretary of War Elihu] Root said defensively that one officer accused of water torture had been ordered to report for trial. Roosevelt was not satisfied. His entire insular policy was in danger, not to mention his reputation for decent governance. He directed Root to flash a cable to Major General Adna Chaffee, Commander of the Philippines Army:

THE PRESIDENT DESIRES TO KNOW IN THE FULLEST AND MOST CIRCUMSTANTIAL MANNER ALL THE FACTS.... FOR THE VERY REASON THAT THE PRESIDENT INTENDS TO BACK UP THE ARMY IN THE HEARTIEST FASHION IN EVERY LAWFUL AND LEGITIMATE METHOD OF DOING ITS WORK. HE ALSO INTENDS TO SEE THAT THE MOST VIGOROUS CARE IS EXERCISED TO DETECT AND PREVENT ANY CRUELTY OR BRUTALITY, AND THAT MEN WHO ARE GUILTY THEREOF ARE PUNISHED. GREAT AS THE PROVOCATION HAS BEEN IN DEALING WITH FOES WHO HABITUALLY RESORT TO TREACHERY MURDER AND TORTURE AGAINST OUR MEN, NOTHING CAN JUSTIFY OR WILL BE HELD TO JUSTIFY THE USE OF TORTURE OR INHUMAN CONDUCT OF ANY KIND ON THE PART OF THE AMERICAN ARMY.

Roosevelt also ordered the court-martial of General Smith, “under conditions which will give me the right of review.” These gestures, which coincided with the surrender of Miguel Malvar, the last uncaptured Filipino guerrilla leader, relieved pressure on the White House, if not the War Department. Tired and depressed, the Secretary sailed for a working vacation in Cuba.

Calls for Root's resignation followed him across the water. When General Smith admitted, on 25 April, to having authorized the slaughter of Filipino boys, even loyal Republicans were revolted. “It is almost incredible,” the Philadelphia Press commented, “that an American officer of any rank could have issued an order so shameful, inhuman, and barbarous.” Root was accused of a cover-up, or at least a reluctance to prosecute Army cruelty. “If we are to ‘benevolently assimilate’ Filipinos by such methods,” remarked the New Orleans Times-Democrat, “we should frankly so state, and drop our canting hypocrisy about having to wage war on these people for their own betterment.”

“[E]ven loyal Republicans were revolted”? Well, it was a long time ago!

General “Howling Jake” Smith's court-martial, by the way, ended with a slap on the wrist and an admonishment. The president regarded the results as insufficient and ordered the general's dismissal from the military. (It was a long, long time ago.)
Posted by Zeno at 10:00 AM

This is off topic from the post, but I noticed you also have The Gun Seller listed under your "what I'm reading" column... what do you think? My girlfriend and I picked it up when we spotted it in a second-hand bookstore a while back and were surprised that Hugh Laurie was also an author... but this is the first time I've ever spotted it on another person's book list.

I'm enjoying Hugh Laurie's book quite a bit, although it's definitely a British work and I miss things because I don't quite get all the words and idioms. The Gun Seller is certainly not a cheerful novel, but it is a humorous one: dark humor. It's my travel-about book (it stays in the car and is my usual lunch companion) and I expect to finish it this week.

I'm a Brit, if you need help with translation...

Oh, and Hugh Laurie's long-time acting partner, Stephen Fry, has also written several books. However, these are definitely off-the-wall and would require even more help with translation!

Fry's books are excellent (is there anything the man can't do?), but I thoroughly enjoyed The Gun Seller.

Mark Twain wrote of some of what happened in the Philipines during those early imperialist years. I believe a piece was titled "On the Killing of 600 Moros." A must read, done in Twain's passionate and inimitable style.