A rationale for Sarah Palin 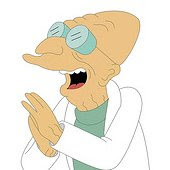 No, it's not entirely rational

Adlai Stevenson was criticized during the 1952 presidential campaign for being an “egghead.” The voters chose Eisenhower instead, a man whom no one would call a smartypants. George Wallace ran for president in 1972 inveighing against those “pointy-headed intellectuals who can't park their bicycles straight” (which probably included people who use words like “inveigh”). He didn't win, fortunately, but the incumbent vice president was Spiro Agnew, a man whose campaign duties included denouncing “pseudo-intellectuals” (though he didn't appear to like the real thing either, except perhaps when he needed a defense attorney).

George W. Bush famously made a successful political career on the basis of being a theoretically superior beer-drinking buddy. Al Gore, by contrast, reminded everyone of the smartest kid in class, the boy you always resented (especially if you grew up to become a journalist). And John Kerry could speak French! Thus it made more sense to vote for George, a dried-out alcoholic, because it would be more fun to hoist a brew with him (though he couldn't have one) than with Al the brainiac or John the linguist.

The past eight years have been the price paid by the United States for its stubborn anti-intellectualism. We prefer the dumb guy as long as he strikes us as nice, and we think we can relate to him. Americans seem to have an excessive fondness for good old common sense—whatever that is—instead of fancy book-learning. We disdain expertise.

In my own haut-intellectual style, I cannot help but be reminded of the forging scene in Act I, Scene III, of Wagner's Siegfried. (Please pardon me for choosing so obvious a reference.) The eponymous Siegfried is determined to refashion his late father's sword from the shards possessed by Mime, his evil guardian. In his bumptious confidence, Siegfried spurns Mime's expert advice and goes to work at the forge. Mime, the master craftsman, watches in dismay as the boy hero's unlettered enthusiasm succeeds where Mime's expertise had failed. As Siegfried melts, recasts, and hammers his father's sword anew, Mime mutters to himself a tribute to the power of ignorance:

Sen. John McCain has not been very successful playing the Siegfried role this year. His straight-talk schtik wore thin and he was left without any effective just-plain-folks gimmick. Since he couldn't do it, he risked everything on the wacky choice of Gov. Sarah Palin as his running mate. Surprisingly enough, it seemed to work for a while.

John McCain's post-convention bounce was almost entirely due to the shock value of his selection of Palin. It is accepted as conventional wisdom that Palin energized the despondent hard-right conservatives of the Republican Party and gave them a reason to line up behind their party's unloved presidential nominee. Although some of the bloom is now off Sarah's rose in the wake of her tongue-tied interview ramblings, don't expect all of Gov. Palin's supporters to peel away. Sure, it appears that she didn't know about the Bush doctrine and she can't offer a coherent appraisal of the nation's financial crisis, but that simply doesn't matter. Why did you think it would? Her residual popularity is not based on any sort of expertise. It's based on who and what she is.

Conservatives eager for something to believe in have embraced her without reservation. Her interview pratfalls do not matter, especially since her supporters don't care about that sort of thing. They care that she is a pro-life hockey mom. They like that she appears to be a no-nonsense take-charge kind of citizen politician. Any suggestion that she does not live up to her image is dismissed as quibbling and petty carping. Palin is authentic enough for them.

Would she face difficult problems if saddled with executive authority? Sure! But her supporters know that a sensible woman like Sarah will instinctively make the right decisions when her aides lay the options before her. And she would pray about it, too! Yay for Sarah!

So, while Sarah Palin's support has been pared back to its basic core, nothing is likely to shrink it further. To those people, now manning phone lines in McCain/Palin offices in hopes of installing Palin one hinky heartbeat away from executive power, her performance in the vice presidential debate is largely immaterial. As long as she doesn't drool or fall down during the debate, Palin will be acclaimed a winner. The anti-intellectuals set a low bar for their heroes, and Palin is the beneficiary.

Thanks, now you're going to give me nightmares tonight.

Oddly (ie. since I'm a furriner), I knew all that (not that I'm at all averse to reading your take-down ;-).
Data points linked from (blatant blog-plug) here. The linked blogger is an American ex-pat living in my neighbourhood.

Why do people keep repeating that he's dry? What evidence do we have for that -- except for Captain Unelected's own word?

The evidence to the contrary speaks for itself.

(No cleverness is helpful here,)
(that I see clearly:)
(Here the fool's help)
(comes from ignorance alone!)

That presumably fits the verse, but it's not very exact. Let me try:

Here no smart one can help, that I see clearly; here stupidity alone helps the stupid one!

And concerning the election, have a look here.

Thanks for your comment, David. I considered writing "a supposedly dried-out alcoholic" but decided it was off my main point. Now I wish I had put it in.

When she started going off on that weird stuff about her reward is in heaven, doncha know, or whatever, it occurred to me how cool it would have been to see her go all the way over into speaking in tongues.

Or I would have just settled for Biden's remarking that if teachers' rewards are in heaven, perhaps that explains Palin's support for McCain's votes against funding Head Start here on Earth. But I guess that would have been too much snarkiness to ask for.