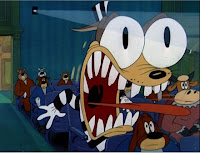 They pop in your face

My student was frantic. She was hyperventilating. It was the evening before our calculus exam and she had called me at home.

“I really, really need your help! This has me totally confused, Mr. Z!” (This was before I earned my doctorate in truthology.)

I tried to calm her down.

“I have no idea why you're so worried, Monica. You've been doing fine all semester. There's no reason to panic.”

She wasn't buying it. The words tumbled out.

“Yes, I know, and I was feeling okay until this afternoon. But then I talked to Jay. I had a doctor's appointment this morning and missed your review session, so I asked Jay what you had covered. He told me you introduced a whole new way of doing Riemann sums and that it would be on the exam!”

I sniffed a rat. Jay was a good student, but also a high-spirited prankster and class clown. I suspected the worst.

Monica had just about caught her breath. She paused a couple of seconds and then reported her conversation with Jay.

I was glad we weren't face to face, because I had a huge grin on mine. Jay was a little bastard, but he was a clever one.

“Okay, you can calm down, Monica. There will be no Riemann circles on the exam. No such thing, actually. He made it all up. He probably thought you would call him on it, but I guess he made it sound realistic enough that you fell for it. We'll have a Riemann sum with rectangles, but no other shapes. Okay?” 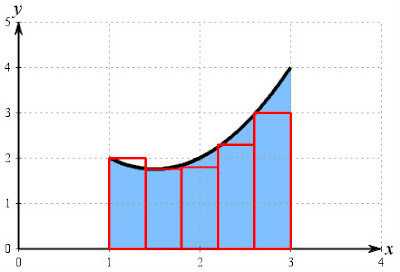 There was silence at the other end of the phone for several seconds.

“For real? That was his idea of a joke?”

“Well, I guess so. Though I doubt you find it all that funny.”

“I'm going to kill the little creep the next time I see him! I swear!”

“No, Monica, don't do that. It would be bad if you killed a classmate on the day of an exam. It would probably rattle the other students. Tell you what: Don't say anything to him, okay? Leave it to me.”

Monica agreed not to kill, abuse, or otherwise assail Jay in class the next morning. Her initial outrage had already faded and she was almost giddy with relief that she didn't have to learn something entirely new on the eve of the exam. Besides, I had told her to leave things to me. An authority figure had stepped in.

There was the usual amount of pre-exam anxiety in the classroom the next morning. Student attendance was high and most of them arrived early. Jay was sporting a big grin as he sat at his desk, but Monica refused to let him catch her eye, although he kept looking across the room at her. He had not confessed to his crime and Monica had not confronted him. There was a bit of buzzing in Monica's neighborhood and I figured her friends in the class were aware of the scare he had given her, but the murmuring died away as I pulled the stack of calculus exams from my briefcase.

I delivered my usual patter as I strolled down the aisles and dropped an exam face-down on each desk. (Please read each problem. Check your solutions for reasonableness. Don't dawdle over any particular problem.) I reached Jay's desk, but he didn't notice that I dealt his exam from the bottom of the deck.

Everyone had an exam now. I returned to the front of the room.

“Okay, everybody. Turn your exam over and please fill in your name right now. Then please check that you have all five pages.”

Students scribbled their names and began to riffle the pages. Jay turned the pages of his exam until his eye fell on the Riemann sum problem. He froze.

They say that people's eyes can bulge out of their sockets when they're shocked, but I never thought I'd see it outside of a Tex Avery cartoon. Jay, however, did his best impression. “Oh, my God!”

All heads swiveled in his direction. Jay brandished his exam at me. 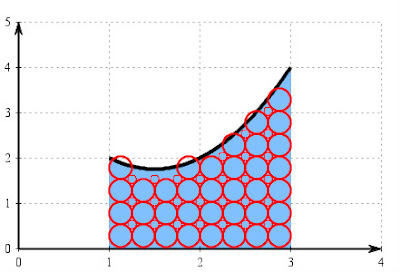 I smiled at him.

“I don't know, Jay. But since you told Monica last night that we were doing Riemann circles, I thought you'd like to demonstrate the technique.”

The class burst into laughter. Jay shot a guilty look at Monica, who was clapping her hands, and a sickly smile formed on his face. The class settled down and got to work, punctuated by the occasional chuckle, as I walked over to Jay's desk and swapped his bogus exam for the real one.

I think it was one of those teachable moments.
Posted by Zeno at 6:30 PM

I could see it coming, but it was still hilarious.

I don't even know what any of those things are, and that's, as Blake said, still hilarious. Well written!

He had it coming, but holy crap, I hope it didn't put him off the exam. I know it would have taken me some time to recover from such a kick in the behind. Great write-up, as usual.

That was beautiful - just beautiful.

However - I knew a calculus instructor at a high school who tested his students on Rieman sums with triangles. He'd split the traditional rectangles down a diagonal, and put another triangle on top of each rectangle. (But this guy was a dedicated kook. He didn't talk about it in class, but when a friend (one of his students) and I were over at his house, he got to talking about world war II. And he told us that in fact Hitler and Goering and the guys at Peenmunde had escaped. And fled to Antarctica. That's why the US Navy sent a carrier group to Antarctica in the 1950s. And those unidentified lights in the sky some people think are aliens? Those are Goering' guys, fighting the good fight against the dirty commies. Really. And I've only scritched the surface.)
If students don't understand that Rieman sums can be done with any shape whose area is practical to calculate and number is practical to count, there's a little hole in their understanding, no?
But from any pragmatic viewpoint their time is better spent learning the, er, 'algebraic' methods for integration.

P.S. Do you ever read any Roger Zelazny? The humor in your writing has a lot in common with that in his.

Zelazny is one of my favorite authors. I've reread Doorways in the Sand and Lord of Light with keen enjoyment over the years. And the Amber series, although it trails off into confusion, unfortunately. (Did he have a bigger scheme in mind? Too bad we'll never know.)

Hmmm. Riemann circles. Perfect name for the local math department contingent that visits the local Irish pub for a few pints every Friday afternoon. I like it!

Zeno, if you haven't read it, I suggest reading Creatures of Light and Darkness - one of Zelazny's less well known, but very good efforts (I know that Neil Gaiman also likes it, so I am not alone in thinking this).

Thanks for the recommendation, Kristjan (and the nice words, too). I read Creatures of Light and Darkness right after finishing Lord of Light and thought it suffered by comparison. I loved the horse that traveled twice as far with each stride, but overall I thought it was less successful than Lord. Perhaps I should take another look at it. It's been over thirty years since I read it.

Well done, sir, well done. Definitely a teachable moment, although when I was a Mr., I would not have had the courage to screw around with a student at exam time like that.

My status on campus is not significantly affected by being a Dr rather than a Mr (though the impact on my paycheck is welcome). I was already a tenured faculty member at the time of the incident and I taught my student a lesson without the least qualms (not that it had even occurred to me to fret about it).

Beats my best - handing out blank sheets, and when the first hand shoots deadpanning "just write down everything you know"

How can I convince you to teach at my university?

funny, i've long thought this riemann sum / algebraic integration conceptual "boundary" a perfect analogy to describe the difficulties that some minds (whether of "scientific" or "religious" tendencies) have understanding the integral nature of knowledge and experience.