Even losers get numbers 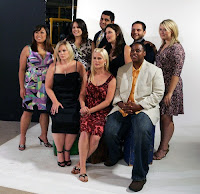 And the last shall be third

The hiring committee was in a grumpy mood. A long day of interviews had come to a conclusion and we were trying to rank the finalists. The crop of candidates had turned out to be unexpectedly thin. I tallied my score sheets, scratched my head a little, and paused after inscribing “1” and “2” on my top two choices. I was pleased by this pair, but the other finalists had not charmed me. Not at all. I was particularly unimpressed by Ms. “Hopeless Lackluster,” who had, in my humble opinion, firmly demonstrated that she deserved last place on my ballot.

Except for pencil-scratching, the conference room was silent. Finally, the committee chair gathered up our ranking sheets and departed to confer with the dean of students.

You may not know this, but at most schools “hiring committee” is a misnomer. We're really just a screening committee. Dozens of applications come in for each faculty position. We winnow those down to the top ten candidates or so whom we really want to meet. Of those ten or so, eight or nine will accept the invitation to be interviewed. (One or two will have already been hired elsewhere or changed his or her mind for some reason.) Once the interviews are done, the individual rankings of the committee members are pooled and a small subgroup of the finalists is forwarded to the college president for consideration. It is the president who makes the final call, presumably taking into account the comments of the “hiring” committee concerning the strengths and weaknesses of the chosen few.

The committee chair returned to the conference room with the dean of students in tow. The dean had a few remarks:

“The president and I really appreciate your having taken all day to interview the candidates and to rank them. The chair and I have compiled your rankings and identified the top three candidates. Normally these three would be scheduled for interviews with the president, who would then offer one of them a faculty appointment. There is, however, a problem this time, which we'll discuss after I put the names up on the board.”

The committee members exchanged quizzical glances. The dean of students was not known for exaggeration. If he said there was a problem, it must be a significant one. We watched as the dean began to write. I smiled as the names appeared. There was my Number 1 candidate. Good! Then there was my Number 2 candidate. Great! My top two choices are in the final round. The dean wrote one more name:

“What!?” I was half out of my seat, blurting my dismay, when the dean turned back to face the committee and looked directly at me.

“I did say that there was a problem, Zeno. Let's talk about it.”

I sat back down, but I was on the point of gibbering. Ms. Lackluster was dead last on my tally sheet and here she was as one of our last-round finalists. It was absurd! How could my colleagues be so wrong-headed as to rank her so high?

The dean of students heaved a deep breath.

“Okay, this is really unusual. The committee agrees unanimously on the first two names. Everyone loves those candidates. Unfortunately, the committee did not like anyone else. After One and Two, your rankings are essentially random. We require that you rank all the candidates, so you did, but there's no correlation among your rankings beyond the first two.” He looked directly at me again. “Someone had to be Number Three, of course. There's no avoiding it. But it was anyone one's guess which of the also-rans would accidentally end up in the Number Three slot.”

I calmed down. As far as I was concerned, the dean was right. Except for my top two candidates, the others had scores that clustered closely toward the low end of the scale. While I had singled out Ms. Lackluster as the worst of the lot, the truth was that the other low-score candidates on my tally sheet had earned scores only slightly better than hers. With my colleagues in the same boat, trying to rank unimpressive candidates, our tally sheets had little rhyme or reason beyond the first two slots. Even losers get numbers, and someone had to be Number Three.

The dean told us that, if we agreed, he would take the first two names to the president. If the president asked why there was no third name, the dean would explain that the hiring committee had found no acceptable third candidate. The president would then have the option of terminating the hiring process (insisting on the president's prerogative to have three finalists to consider) or going ahead on the basis of only two finalists.

We agreed to the dean's plan. Soon thereafter, we were informed that the college president had interviewed the two finalists and appointed one of them to the faculty. Had the president balked, we would have had to repeat the entire hiring process again, hoping for a stronger applicant pool. We were relieved that it didn't happen that way.

And I've been grateful that we've never seen another crop of candidates as weak as the group that included Ms. Lackluster. (I wonder. Do you think she ever got hired?)
Posted by Zeno at 6:00 AM

(I wonder. Do you think she ever got hired?)

Perhaps she moved to Alaska and got herself elected governor?

surely someone in the bush administration has given her a job.