The wrong kind of green 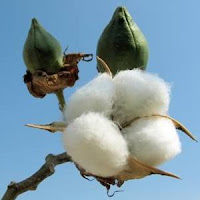 My uncle and I should have gotten along better than we did. As eldest sons in our respective families, we had some important things in common. Primogeniture may be an outdated European concept, but the eldest son retains pride of place in traditional Portuguese families. He's the heir apparent and his wishes count for more than any sibling's.

It could be a sweet gig.

We handled the opportunity in different ways. I left the farm and went off to college. Uncle Ev preferred to stay. He stepped into his father's shoes when my grandfather became an invalid and proceeded to destroy the family business. He did it in stages. First, Ev carefully ignored any suggestions from his younger brother. My father's ideas might have been good, but my uncle refused to consider them until Dad gave up in disgust. After one of Dad's ideas had been ignored long enough, chances were that my uncle would “think” of it on his own.

Naturally enough, Dad got tired of the situation, cashed out his interest in the family business, and went his own way. The dairy farm was now entirely subject to my uncle's tender mercies. When he used up the backlog of his brother's ideas, he was on his own. Things soon got interesting.

Uncle Ev's personal brainstorms were of two kinds: the merely unsuccessful versus the expensively unsuccessful. A remarkable example of the latter was my uncle's brilliant scheme to save the farm thousands of dollars during harvest time. It had to do with cotton.

Every year, as cotton-growing season drew to a close, Central Valley farmers would hire professional defoliators to spray their fields. The defoliators would fly their crop-dusters over the cotton fields and lay down a chemical mist. Within a few days the leaves of the cotton plants would dry up and fall off. The cotton bolls would burst open, silky white fiber ready for the picking. 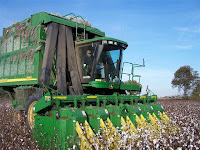 Uncle Ev begrudged the defoliators their annual fees. He decided one year not to pay it. The family farm would forgo defoliation and save the money. The cotton bolls would open anyway, Uncle Ev figured, and he would run the cotton-picking machines through the fields without regard for the lingering leaves.

In a way, my uncle was right. The cotton emerged from its bolls and the barbed spindles of the cotton-picking machines successfully snagged the fibers and drew them into the wire-mesh storage basket. However, the spindles also snagged the still-succulent green leaves and drew them in as well. The leaves were torn by the spindles and their pulped remains were mixed in with the cotton. The baskets filled with green-tinged cotton.

The first wagon-load of my uncle's green cotton was rejected by the local cotton gin. The gin manager informed Uncle Ev that he would not risk his processing machinery on leaf-laden cotton. The entire crop was banned.

My uncle did the only thing he could. He suspended his cotton harvest, swallowed his pride, and contacted the defoliators. Could they be prevailed upon to defoliate one more cotton field? Yes, but at a premium price. They were on the verge of retooling to do other crop-dusting, the usual time for defoliation having passed. My uncle's bright idea had cost him dearly and delayed his cotton harvest by precious weeks. He barely got the crop in before the mandatory plow-under deadline (enforced by the federal and state agriculture departments to disrupt the breeding cycle of the boll weevil).

It was a notorious disaster. My uncle's fame spread throughout the county and beyond. Farmers gossiped at local coffee shops and in the fields about Ev's expensively unsuccessful gamble. They agreed that it would be years before anyone managed to top it. They would have been right, too, except for Uncle Ev. He pondered his mistake for a year and could not figure out exactly where he went wrong.

So he repeated the exact same mistake again the next cotton season.
Posted by Zeno at 9:30 PM

Even though the Primogeniture (Morgadio) was banned in Portugal during the XIX century it was so engrained that even today in rural areas you can hear people talking about the "morgado" (eldest son). Legally it doesn't have any consequences but, as you say, "his wishes count for more than any sibling's". If you want to know a bit more about the "Morgadio" check here. (Portuguese only, I'm afraid)

Holy Sap! I sincerely hope that your grandfather was no longer around to see that. Twice! Wow. How embarrassing for the rest of the family. I'm sorry; I have to go somewhere and laugh.

I guess it would work if he also replaced the machines with human cotton-pickers. Probably wouldn't save money that way, though. But he could charge a little more for "organic, herbicide-free" cotton.

No offence to your family (you can guess what's coming now), but between this and your cousin who tried carting around cattle, they don't come across as sounding all that ... adebt at this whole farming business.

I got out in time (and was never encouraged to stay put), but I suspect that even I could do better than they. (Of course, I make similar pronouncements regarding my comparative ability to run the 'community college' where I'm working for the janitor and librarian.)

No question about it, Sili. My uncle and his son (the cousin who carted cows) demonstrated an epic inability to run a dairy farm. Fortunately, they left the business many years ago and my kid brother has had quite a bit of success in restoring the family's good name in farm circles. (Thirty years ago, though, "farming like a Ferox" was a dread insult.)