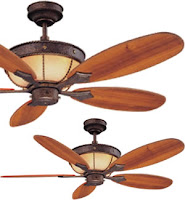 It was some special occasion, probably a holiday weekend, that found me sitting in a pew in my family's long-time parish church. Or perhaps it was a summer visit for the occasion of my godson's birthday. If so, then it was his fifth or sixth. The little man was sitting next to me, his much-loved uncle, and his younger brother was sitting next to him. Next came their mother, my sister, and her non-Catholic husband, who dutifully accompanied her to as many religious observances as would a true son of Rome.

The nephews were fidgety during the mass service, striving to behave while their eyes darted about. My sister, the most devout among us by a fair margin, had her gaze resolutely fixed upon the activities at the altar, where the priest was tidying up after the communion service. Most of the congregants sat serenely. My gaze wandered in emulation of my nephews. I was as bored as they with the overly familiar ritual. I no longer attended regularly and lacked the endurance of the believers.

Some changes had been made to the church since my last visit. The pastor of my childhood, the redoubtable Monsignor, has been succeeded by the current priest, a more cheerful and rotund fellow who had busied himself with renovating the premises. Father's additions included a battery of wide-vaned fans suspended from the beams of the ceiling. They seemed a prudent investment for an old church in the Central Valley, where summers are reliably stifling.

My godson followed my gaze upward. He looked at me quizzically, eyebrows raised. I smiled at him.

He gave a vigorous but tiny nod of his head. My godson had been schooled to hold his tongue during mass and said nothing. I pointed up at the fans discreetly, not raising my arm.

“Do you know what they are?”

He shook his head slightly.

“Those are propellers,” I said.

“No!” he breathed at me, the word startled out of him.

“Yes!” I whispered back. “They're propellers. Whenever he wants to, Father can turn on the propellers and fly the church up to heaven!”

A huge grin split Chuck's face. He was delighted by the fantasy of an airborne church. He turned toward his younger brother.

His brother looked up with his eyes wide. “What?”

Chuck bent his head down and whispered in his brother's ear, whereupon the younger boy burst into laughter. My sister's head suddenly swiveled about. 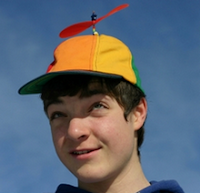 Another quarter-hour passed and Father finally said, “The mass is ended.” The congregation gave the entirely appropriate response, “Thanks be to God,” and everyone stampeded toward the doors. No sooner were we outside than my sister rounded on me.

“I swear, Zee, the most frightening words in the English language are ‘Guess what Uncle Zeno says.’ Why do you do this to me?”

I assumed an aspect of total innocence. She scowled.

“Just think about it a moment, Zee. Can you imagine what's going to happen the first time I bring the boys to church and Father has the fans turned on? I'm going to have a riot on my hands!”

My brother-in-law cracked a grin, standing safely one step behind his wife. The nephews burst into giggles. The hilarity did not cause my sister's irritation to abate.

“The boys are going to go nuts, Zee. You know how little it takes to set Mikey off. The fans will be spinning and he'll be shouting ‘Going to heaven! Going to heaven!’ Damn it, Zee, it's going to be a panic.”

I blinked at my sister and sought to comfort her. “Don't worry, Sis. If you keep talking like that, you're in no danger of flying up to heaven.”

It was quite some time before she forgave me.
Posted by Zeno at 9:00 PM

Siblings can be the best toys sometimes.

Isn't that something by Emily Dickinson? I seem to recall those words sung on the radio on occasion.

Going to heaven!
I don’t know when,
Pray do not ask me how, –
Indeed, I ‘m too astonished
To think of answering you!
Going to heaven! –
How dim it sounds!
And yet it will be done
As sure as flocks go home at night
Unto the shepherd’s arm!

Perhaps you ‘re going too!
Who knows?
If you should get there first,
Save just a little place for me
Close to the two I lost!

The smallest “robe” will fit me,
And just a bit of “crown;”
For you know we do not mind our dress
When we are going home.

I ‘m glad I don’t believe it,
For it would stop my breath,
And I ‘d like to look a little more
At such a curious earth!
I am glad they did believe it
Whom I have never found
Since the mighty autumn afternoon
I left them in the ground.

The music is by Copland

Not a great performance, I fear. At least it doesn't catch me the way the one that made me recall the words did.

wv: "reads" - what it appears that captcha does to my posts.

PS: Have you had the banner updated? Or did I just never notice the wee man before?

Zeno. I read your comments over on Pharyngula, and that is what has brought me over to read and subscribe (rss) to your blog. I really enjoy your stories about your family, as they often tend to resonate with my own family experience.

Thanks for writing such enjoyable blogs.