The once and future scapegoat 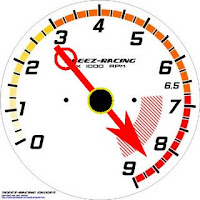 Most people thought it was just a clever joke when The Onion greeted the inauguration of George W. Bush with the headline “Our Long National Nightmare of Peace and Prosperity is Finally Over.” It was, unfortunately, perfectly prescient. Although Bill Clinton left office amid complaints that he had failed to live up to expectations, his successor burnished Clinton's reputation to a high and resilient shine. When graded on the curve, Bill looks damned good.

Clinton haters are left grasping for straws when they try to pin all the ills of the world on the 42nd president. After eight years of the 43rd, you'd think those matters would have been resolved. Instead, any problem that existed during the Clinton years pales in comparison with the pratfalls, fumbles, and outright disasters of the Bush years. But never fear. The dedicated Clinton hater will spring to Bush's defense anyway, peering back over the years for the tiniest scrap of evidence to shift blame from 43 to 42.

Dad didn't like it when I gently mocked his I-told-you-so message about Newsweek's silly “socialist” cover. Although my father is not the biggest Bush fan in the world, he took offense when I said, “The housing market and the nation's banking system were just the most recent disasters under his administration. [Bush] must be proud of the smoking ruin he left behind for others to clean up.” Dad thought he had me now. He issued a weary wiser-than-thou rebuttal to his ignorant young left-wing son who, unlike himself, evidently did not experience the horrors of that ancient era known as the nineties:

I wish it were that simple. I remember Janet Reno threaten to sue any loan company if they did not loan money to anyone just because they were poor or minority. so the banks had to loan. That was a liberal policy and it kept growing until it burst. you can not blame that on W. tho he acted more like a liberal than a conservative.

Oh, yes, Bush's failures are due to his liberal policies. Right. And then there's Janet Reno. She insisted that banks lend money to anyone. I have heard legends of her reign of terror and dimly recall news accounts of her exploits back when I was a downy-cheeked lad in my forties.

Geez, Dad. Give a grown-up son a little credit, why don't you? To the keyboard!

Nonsense, Dad. You're remembering something that didn't happen. The Clinton administration opposed the discriminatory practice of redlining, which automatically denied you a loan if you lived in certain areas. Automatically! Banks wouldn't even bother to look at your application if you came from a Zip code they didn't like. The U.S. Department of Justice under attorney general Janet Reno went after banks that used redlining. Nothing in the legal settlements between the DOJ and various banks required anyone to issue loans to unqualified applicants. Instead the settlements stopped the banks from issuing automatic denials. Individuals had to be permitted to apply, no matter where they lived. They were still, however, subject to nonarbitrary lending qualifications.

Did some banks issue loans to people who couldn't afford them? Definitely. We know they did. But it's not because the feds made them do it. It's because the banking institutions got greedy and figured the housing bubble would continue to expand forever and they could write more paper indefinitely.

Ask your grandson if you don't believe me. He saw first-hand how people in his office were giving loans to unqualified applicants because they thought they could get away with it (and simply offer a refi when the loans became untenable). And under the Bush administration the federal regulators didn't raise a finger to stop them.

Go ahead and blame Janet Reno, if you like, but I know enough about what really happened to not fall for it.

How sharper than a serpent's tooth is the e-mail of an informed child.
Posted by Zeno at 1:00 PM

Why does your father keep sending you these things?

I really, really don't know. Depending on the day of the week, my opinion is one of the following:

(a) He thinks he might still be able to convert me. (How could he possibly think that?)

(b) He just likes to take an occasional poke at "the enemy". (That would be a bit childish, but not beyond comprehension.)

(c) The voices on his radio tell him to (or perhaps they're in his head).

Please don't tell me you wrote this AFTER my last comment. I like to think I have psychic powers and maybe I'll win the lottery next friday (30 million euros wouldn't harm me, I guess). But even if you did, thanks.
Now, if your father still thinks and feels like a Portuguese man (which I suppose he does) I'd take my chances on answer (b). It is just impossible for a Portuguese not to poke at "the enemy" every now and then. I should know it. It is impossible for me as well.

I think it may have more to do with conservative fathers than Portuguese ones. My father sounds very similar, but his family has been in America since before it was America. He tends a bit more toward the religious glurge than the political one, but keeps sending both no matter how much I disassemble them.

No, João, you're not psychic. Sorry. This one has been in the hopper for a couple of weeks. Your comment did, however, shake it loose this weekend. There's another in the queue right behind it. Perhaps in the next few days.

Darn! I was already making plans to give part of the 30 million euros to Mr. Richard Branson and pay him a visit at Necker Island...
Oh well, I'll stay home instead and wait for your next post.

Now, you know what Clinton did is SO much worse than causing the deaths of scores of people.

's funny. So W was so ineffective a president that he and a Republan congress couldn't fix a blunder by Clinton in all of eight years. Impressive.

And here I thought Clinton only caused Sept 11. (Of course any new attacks will be laid squarely at the feet of Obama. - I love how that works.)

Wv: "sailin" - almost ERVesque in is eschewement of the apostrophe.

Now, you know what Clinton did is SO much worse than causing the deaths of scores of people.