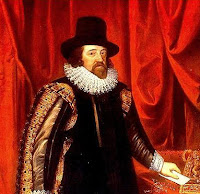 Sir Francis Bacon famously said, “I have taken all knowledge to be my province.” As a philosopher in the late 16th and early 17th centuries, Bacon could say such a thing without being thought ridiculous. It was still possible to be a Renaissance man with catholic interests. Today, however, even single fields of scientific endeavor have grown so broad as to defeat anyone's attempt to be acquainted with all of its aspects, let alone master them. Mathematicians, physicists, biologists, chemists—all are specialists who carve out particular areas within which they hone their expertise.

We nevertheless still enjoy the presence among us of latter-day Bacons. These contemporary universal scientists are willing to proclaim themselves and offer authoritative opinions on any topic. It seems a pity that instead of honoring their erudition, we most often hide our grins behind our hands and try not to chuckle too loudly. For some reasons, engineers seem to fall into this trap quite often, mistaking their training in one circumscribed field as the foundation for expertise in biology (see the Salem hypothesis). Engineers aren't alone in this. Mathematicians like William Dembski and semi-mathematicians like David Berlinski demonstrate that a head for numbers may also contains pockets of hard vacuum.

An example of one of these self-proclaimed universal experts wandered into the clutches of Judith Martin, who writes an etiquette feature under the name of “Miss Manners.” The following item is from her column of November 27, 2008, although it may have been published on other dates by various newspapers:

DEAR MISS MANNERS: I sometimes find myself in social gatherings where people are discussing some social or political issue with a single point of view clearly preferred by most or all other members of the group, when it is a point of view I cannot bring myself to share.

I am aware that sometimes (as in the case of climate change), this occurs because of my scientific background and my thus having certain knowledge that most people do not, while it sometimes has more to do with my inclination toward contrariness, a character trait that has horrified my wife and which I am working (with limited success) to reduce.

My personality traits aside, is it rude to respectfully share a fact that flies in the face of the apparent group consensus?

An example: “You may not know this, but for the past few years there has been a trend among scientists toward skepticism regarding global warming. Many feel the media is hyping the issue, and several have asked the U.N. to take their names off the report.”

Or is it better to remain silent and allow the discussion to continue on its course with more and more agreement, though I find it sad that such lovely, well-educated people could hold such ill-informed opinions?

GENTLE READER: It is not enough for you to supply the dialogue; Miss Manners would have to hear you speaking it and check out your audience.

She can imagine your words about the environment being said pleasantly, in the clear spirit of, “Well, there is another side to this,” in a freewheeling conversation among dedicated but open-minded friends.

But your wife’s reaction worries Miss Manners. It seems only too likely that you are enjoying your dissensions far too much. That is your cue to stop.

It's not a bad answer that Miss Manners gives, though it appears to err—understandably—on the side of politesse. Here's my answer, which is less constrained:

DEAR MR. KNOW-IT-All: Are you a climatologist? No? Then wherein does your “scientific background” lie? The consensus regarding global warming and climate change is stronger than ever among climatologists, so it would be interesting to learn the basis for your contention that there is a “trend among scientists toward skepticism.” (I hope you don't mean the pathetic list compiled by the Heartland Institute.) You state that “several have asked the U.N. to take their names off the report,” by which I presume you mean the the Fourth Assessment Report of the United Nations Intergovernmental Panel on Climate Change. Can you name even one? There's Christopher Landsea, who left the IPCC over the issue of the impact of global warming on hurricanes, which is his specific area of expertise, but even Landsea does not deny the reality of global warming (“we certainly see substantial warming”). Can you name anyone else?

Your wife is right to be concerned that you are coming off as a pompous ass. If you keep quiet, perhaps no one will suspect.

I was reminded of the Miss Manners column when I noticed that PZ Myers had tossed a naive anti-evolution “expert” to the ravenous hordes over at Pharyngula. (I took a quick nip myself.) If you bother to read Halfway There then you're more than likely to have already seen PZ's post this morning on poor old Martin Patterson (“I just want to share what I have learned with other intellectuals”), but if you haven't, don't miss the fun.
Posted by Zeno at 11:30 AM

Well, Miss Manners is, of course, only concerned with the rudeness of his answer, not its fact... factness? factuality? ... accuracy.

What would worry me is that this is "an example": sounds like he likes to parade his "knowledge" on all topics. I'm surprised his wife's friends put up with him.

"Better to keep quiet and be thought a fool ..."

Too bad you don't have a pottymouth. I'd love to see these sorta columns have an "opposing view for balance".