Are you smarter than Ann Coulter? 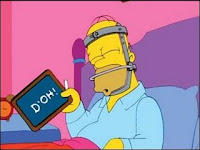 I haven't written about Ann Coulter in quite a while. For one thing, she had grown boring and no one seemed to be paying any attention to her during the presidential campaign. Coulter continued to write her syndicated rants, but her public appearances apparently ceased. Perhaps the reports that Coulter had had her jaws wired together were true. Whatever the situation, I have not been wasting any words on her, the has-been pundit best known for her confusing advocacy of both family values and recreational fornication. No one among my vast dozens of readers has complained about her absence from my posts.

But Ann has caught my attention again, if only briefly. An example of Coulter's reasoning power plopped into my e-mail in-box and I inadvertently read a few lines. It was probably the title that hooked me: “One Plus One Equals 20 Extra Votes for Franken.” Coulter, you see, has taken up cudgels on behalf of threatened incumbent Norm Coleman, who is at risk of losing his U.S. Senate seat to Al Franken. It all depends on the result of various court challenges and the tedious Minnesota recount. Coulter wants to stir up confusion with accusations that will make it easier to declare the election “stolen” if Franken triumphs in the end:

The day after the November election, Republican Sen. Norm Coleman had won his re-election to the U.S. Senate, beating challenger Al Franken by 725 votes.

Coleman “had won” the election? That's a presumptuous bit of phrasing when there were plenty of ballots left to count, as well as a mandatory recount pending. But Coulter's intent is plain: Paint Coleman as the victor so that any recount is necessarily a vile attempt to steal his victory. According to Ann, the minions of evil got to work quickly:

Then one heavily Democratic town miraculously discovered 100 missing ballots. And, in another marvel, they were all for Al Franken! It was like a completely evil version of a Christmas miracle.

And by the time the various counties in Minnesota had finished checking their tallies and correcting their election-night reports to the secretary of state's office, Coleman's tentative lead was further reduced:

Then another 400-odd statistically improbable “corrections” were made in other Democratic strongholds until—by the end of election week—Coleman's lead had been whittled down to a mere 215 votes.

Frankly, my dear, I don't give a damn what Coulter thinks is “statistically improbable.” I've seen enough examples of how mathematically incompetent right-wing Republicans can be. Coulter's argument suggests that she is well-nigh innumerate, as I will now demonstrate.

Perhaps you're smarter than Ann Coulter. Consider, if you will, the following number. Examine it closely. 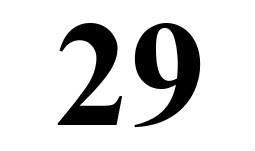 And now for something completely different. Please examine this second number. Scrutinize it with the full power of your keen intellectual faculties. 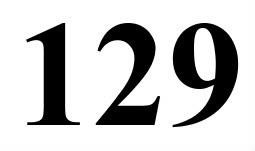 Did you notice how it differs from the first number? Did you? If not, I'll give you just a little hint: 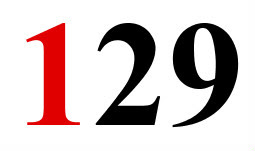 Now do you see? Aha! The second number has an additional digit. The numeral 1 appears in the location famously known as “the hundreds place.” That is, the number 1 actually represents the quantity 100. The omission of a single digit—even one as small as a 1—can have a significant impact. This was observed in Minnesota's Pine County, as noted in a post-election report in The Pine City Pioneer:

On Thursday, Pine County announced they had made an election night mistake—something that happens commonly and is fixed in the following days by the county's canvassing board. But due to the closeness of the race for U.S. Senate, the error caused more drama that it normally would have.

On election night, Partridge Township reported their results correctly. Al Franken had received 129 votes in the township. Because of a county data entry error, only 29 votes were reported to the Secretary of State's Office.

Pine County Auditor Cathy Clemmer said the mistake was nothing out of the ordinary. It's up to the canvassing board to take care of any discrepancies in the days following the election.

“This is the normal process—this is usual,” Clemmer said. “It’s nobody's fault. That's why we have in place in what we do in the state of Minnesota.”

Ms. Clemmer is obviously trying to sound like the sweet voice of reason so that we don't suspect her of collusion in the great international communist conspiracy to deny Norm Coleman a second undistinguished term in the U.S. Senate. We're supposed to believe that a single-digit error in a tally of Franken votes could change Franken's total by a 100 votes—with none for Coleman! This astonishes Coulter, who can't imagine it occurring innocently. She's already explained to us that the extra 100 votes for Franken are a miracle. They're statistically improbable. The only explanation must be some dastardly partisan plot! At least, that's what Coulter would have us believe.

That is, unless you're smarter than Ann Coulter. And the chances of that are pretty good.
Posted by Zeno at 11:00 PM

Thanks for the warning about Firefox 3.0.5, Anonymous, whoever you are. I'm using 3.0.4 and will wait a bit until Google and Mozilla figure out what's what. The alternative is [shudder] Internet Explorer.

But, doesn't she have a college degree?

"You would have to go back to Reconstruction to find an election that was stolen by the Republicans this way, but it's all in a day's work for the Democrats."