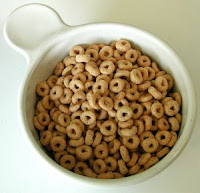 Pip, pip, Cheerio, and all that

It all started because my morning newspaper was missing. Either my local carrier had screwed up or a passerby had “borrowed” it. People may not subscribe to newspapers much these days, but I've noticed they still like to pick one up from my driveway every so often (especially after a major sporting event; hell, you can have the damned sports page—just leave me the rest of the paper).

The absence of a newspaper at breakfast is a major crisis. Sure, there are heaps of magazines all over the place, but a newspaper is what I want. In its absence, I absentmindedly started perusing the cereal box. That's how I discovered that General Mills was promising me that I could lower my cholesterol: “You can lower your cholesterol 4% in 6 weeks.” 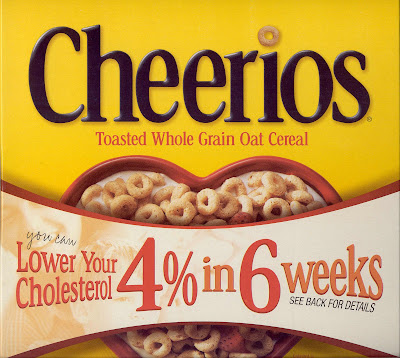 This concerned me. In fact, I was in a near panic. Could this be true? If so, I must be doomed! It's a simple matter of doing the math. If six weeks suffices to lower one's cholesterol by four percent, then what prodigies might be accomplished by a more lengthy regimen? I did the math:

I have been eating Cheerios for over fifty years, give or take a few months to account for irresponsible (but short-lived) dalliances with Frosted Flakes, Sugar Smacks, and Kellogg's Corn Flakes. Every time, though, I returned to my one true love. In round numbers, fifty years contains over 400 six-week periods. At the end of each six-week period, General Mills says one's cholesterol drops to 96% of what it once was. With 400 applications of this factor, we obtain

(0.96)400 = 8.1 × 10−8.
In other words, my cholesterol is down to approximately a twelve-millionth of what it once was, back when I was a chubby-cheeked youngster. How can my body even function under such impoverished circumstances? That's how I know I must be doomed. Surely General Mills would not lie to me!

But then I remembered that my doctor would certainly have commented on such an usual cholesterol level during my routine lab tests, which occur annually. My physician is not entirely delighted with my sedentary lifestyle, but he's always been quite complimentary about my exceedingly good cholesterol numbers. I told him it must be the luck of the genetic draw. High cholesterol has never been a family trait. We metabolize it well.

I went back to the cereal box and read the fine print: “A clinical study showed that eating two 1½ cups servings daily of Cheerios cereal reduced bad cholesterol when eaten as part of a diet low in saturated fat and cholesterol.” Ah, yes—“as part of a diet”—the old escape clause.

Perhaps I'll read the cereal box's back panel again on Sunday, as a reminder, when my weekday breakfast of cold cereal is usually supplanted by a three-egg omelet containing two kinds of cheese, ham, olives, and avocado. That should keep me safe from wasting away to nothing. 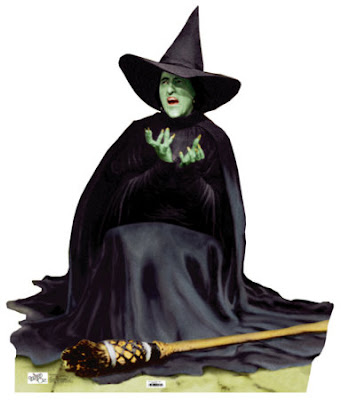 Zeno, do what my dad did whenever a new food study came out: go eat some cheese.

At age 93, Dad finally succumbed to failing bodily systems... but his heart remained relatively untouched and he never suffered from any of the warning indicators of heart disease (like high cholesterol).

Yeah, I hate that disclaimer, especially on weight-loss pills -- "as part of a program of diet and exercise". I mean, if I could bring myself to diet and exercise, I wouldn't need your snake oil, now would I?

I think the 4% reduction is intended to be read as a one-time benefit for regular eaters of Cheerios vs. non-eaters, requiring up to six weeks to take effect, not 4% every six weeks.

I remember the cereal commercials that come on during the Saturday morning cartoons which (back in the day before Ronnie gutted the FTC) were required to carry a disclaimer worked into the script:
"It's part of this nutritious breakfast with juice, toast, milk, and eggs!" And even when I was a sprat, I figured, "Jeez, you know, juice toast milk and eggs IS a nutritious breakfast. What's the cereal for, dessert?"

But also, I sympathize with the loss of your paper for the day. Happens occasionally, and the form factor of a newspaper is perfect for breakfast. Still, it's good to stay in touch with other verbiage. John Carroll (SF Chronicle columnist) recently had a column about that -- how there are all these words out there in the world that people only barely want you to read or not read at all, that are actually worth reading.

I mean, if I could bring myself to diet and exercise, I wouldn't need your snake oil, now would I?

Hey, man, diet and exercise beats the alternatives, particularly being left to the tender mercies of cardiologists.

Fortunately, that's not a problem I have at the moment. The other day when I was in the shop, both readings on the blood-pressure cuff were in the double digits. I began to speculate about the possibility of spending a year dead for tax purposes.

My cholestrol is similarly low. I have good genes (for that kind of thing) and can't digest either dairy products or eggs, and am slowly losing the ability to digest red meat. Combined with my lack of gall bladder (no fatty foods for me, no sir, not unless I want to spend the next several hours doing the Toilet Tango), it makes dieting a cinch. Now if only my appearance would cooperate...

It's just the BAD cholesterol, anyway.

I just recently cancelled one of my subscriptions because it was never there. The carrier claimed to get it delivered by 6, so I can only assume that someone was stealing it. Which is what happens when the carrier stops bringing it inside the building and just pitches it in the general vicinity of the front stairs... I comforted myself with a large notice in the mail room saying "To whoever's been stealing my Sun, I hope you've enjoyed the free trial. Buy your own from now on." I read it on line, but I miss having it in my hands...

It's just the Bad choloesterol.
Yours is obviously well-behaved.