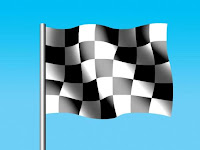 LC knew that he was dying.

We're all dying, of course, but LC had the constant reminder of the oxygen tanks. His lungs were dying faster than the rest of him, but they were going to take him along on their journey into the darkness. LC had no good way to overrule them.

LC had weighed his options and done the math. By husbanding his strength and taking it easy, he could look forward to a few more years of fairly comfortable living, the oxygen tanks notwithstanding. By risking a lung transplant, he might last a little longer. But maybe not. And the regimen of anti-rejection medication would compromise his immune system and put him at risk of being carried off by some opportunistic infection. He conferred with his wife and they agreed. LC would play out the hand dealt to him.

It worked for a few years. He faded gradually, with periods of stability, as his unpredictably progressive condition eroded his lung function in fits and starts. When the end came, though, it came suddenly and without much warning. He stopped breathing and stopped living in the middle of 2008.

I became friends with LC back in the eighties, when home computers were new and exciting and fun. That was the time when personal computer owners would gather together in their Apple clubs, PC user groups, and Mac organizations. LC was one of the few “computer consultants” I knew for whom the label was not just a euphemism for “under-employed nerd.” He was actually making a living at it and not simply cruising on his wife's income from her job in the financial sector.

Many of us geeks and nerds were envious—especially the poseurs who had made their own business cards from heavy paper they'd run through their dot-matrix printers. LC was a genuine professional and we looked up to him.

I had occasion to work with LC in both volunteer and professional capacities. He was a pillar of our computer club who combined both expertise and affability in a package that was all too uncommon within our ranks. I relished the time we spent together because his badinage was not limited to the unsubtle geek-speak of the day. LC was the soul of wit, and most excellent company.

When LC and his wife decided it was time to retire and move to southern California, they folded their tent and left without fanfare. By that time, however, we were no longer in frequent contact. The local computer club scene was a faint shadow of its past (the glory days when Bill Gates would come out in person to San Francisco or Sacramento or Berkeley) and that had been our primary area of common interest. Computers and math, that is, since we both held math degrees, but people don't normally gather to chat casually about math. He was also a rabid car fancier and enthusiastic dog lover, but I was less interested in fast cars or furry pets.

It was easy to stay in touch, though, and we kept up an e-mail correspondence that faded in and out over the years. LC was privy to the identity of the pseudonymous Zeno and would sometimes send me gentle private messages about various typos or other egregious mistakes in my posts. He also brought my attention to the circle puzzle, which we agreed was delightfully misleading.

In March, LC informed me circumstances had taken a turn for the worse:

Although I'm feeling fine, my lungs are giving out at a fairly rapid rate. I can walk no more than 50' without having to stop for breath, even with my oxygen set to the maximum flow I can carry (6 lpm). I am now enrolled in an in-home hospice program, although I'm much healthier (or at least more ambulatory) than most of their patients. They don't know quite how to deal with me. For example, I insisted on switching oxygen vendors because the one they normally deal with doesn't carry the size tanks I like to carry around in a backpack when my wife and I go out to lunch, meetings, movies, etc.

We aren't in denial; we're simply living each day as if there were a bunch of them lying ahead.

I sent him some lame words of encouragement. He wrote back saying that he was still checking out my blog periodically:

I've begun making it a habit to check your blog every week or two, although I don't generally read anyone else's (aside from infrequently skimming the Daily Kos).

I recognize that high-end novelists can craft words carefully, but I've always assumed they did so rather slowly, with many rewrites and edits. I cannot imagine someone tossing off beautiful prose like yours as casually—and presumably quickly—as you do, especially not as an uncompensated hobby.

I consider myself a decent writer and a first-rate editor, but reading your stuff makes me want to throw away my Crayolas. Thanks for pointing me to your musings.

That left me glowing with pride, since I had a high opinion of LC's prose style and regarded kind words from him as coin of the realm. I sent back my effusive thanks. Then I quickly excerpted his second paragraph and posted it in the blog's sidebar under Testimonials. LC soon noticed:

I see I've gotten my own 15 minutes of fame. I can now claim the distinction of having been cited in a blog testimonial without ever having written line one of my own blog. Does that make me a meta-blogger?

No question about it.

The last message I received from him was in May, when he asked me whether John Allen Paulos's Irreligion was worth reading. I suggested he spend his time on more profitable material.

And that was it. The next e-mail was from his wife, reporting he had died quite quickly and without much warning. Or, to look at it another way, with years of warning, but no specificity. She closed her message with these words:

We've known for 4 years that he was terminal, so have had time to plan, do fun things, retire early, and just enjoy each other. Not everyone has such a peaceful ending.

So here's to the end of 2008, the year of LC's departure, and to the good friend that he always was.

I hope that when I go

1) someone will want to write so eloquently about me.

2) they'll actually have something to wax about.

LC? Didn't apple name a Macintosh after that guy?

I'm sorry for your loss, Zeno. My condolences.

(Where do you live that "computer consultant" equalled "underemployed"? Most of the people I know or knew who were consulting were grateful to go back to steady jobs because it meant they were less busy.)

In the mid-80s to mid-90s, Interrobang, there was a glut of wanna-be computer experts who hung out their shingles despite being little more than hobbyists who overestimated their skills. Anyone active in a computer club encountered them all over the place, but we tried to treat them indulgently because the computer club was often their only social outlet. (I should talk!) But, yes, there were times when "computer consultant" was more of a hopeful than a real title.