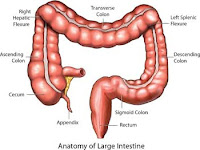 The perky medical assistant handed me an instruction sheet and a large bottle containing a viscous solution.

“This is your prep,” she said cheerfully. “Follow the instructions carefully the day before your exam.”

I looked at the bottle of magnesium citrate and then back at the aide.

The doctor's assistant froze in place with a stunned expression on her face. She was amazed to the point of speechlessness.

After several seconds of complete bewilderment, she found her voice again.

“You have to follow these directions or the doctor can't do the test!”

I brandished the bottle at her.

“Sorry. I am never chugging a gallon of magnesium citrate solution again. It's grotesque and revolting. I want the sodium solution instead. I tolerate it well and that's acceptable. This is not.”

She hustled off in pursuit of the doctor. I was obviously not going to be cooperative and she had no authority to change the instructions she had dutifully passed along to me.

I hadn't just fallen off the turnip truck. I'd been here before. Many times, unfortunately. As someone who had encountered colitis for the first time as a teenager, I had long since made the unpleasant acquaintance of the one-eyed snake used to perform colonoscopies. While I accepted my doctor's insistence on regular exams to monitor the condition, it drove me crazy that there was no more certain way than a colonoscopy to spark new cramps and pains. Quiescent periods of ease would come to an abrupt end and I'd suffer for days or even weeks after each exam. The consequences were not conducive to making me a compliant patient.

It took a few minutes, but the aide eventually returned. A sheet of paper was in her hand and the stunned expression was still on her face. She handed me the paper, which was a bad nth generation photocopy of an old typescript. The magnesium citrate instructions had been a modern Times Roman document (probably formatted in Microsoft Word). What I was now holding was clearly descended from an original that had been rapped out on a typewriter in monospaced Courier. At least it was on paper rather than a clay tablet.

“The doctor said you could follow these instructions instead. I found it in our files.”

The instructions for the magnesium citrate had told me to guzzle down a gallon of the sticky-sweet solution, plus many additional glasses of water to wash it down. These old instructions told me to chug three ounces of phospho-soda, in two separate doses of 1.5 ounces, taken hours apart. Easy! (By comparison, anyway.) Phospho-soda had apparently fallen out of favor with my physicians, but not with me.

This all happened maybe ten years ago. I see from searching the Internet that phospho-soda may have undergone a renaissance since my display of stubbornness. The most “popular” glycol-based preps of today, however, still appear to be part of the high-volume family of gut-flushers, even if they now sport cutesy names like GoLytely. One new twist is the addition of an anti-nausea medication to prevent the patient from upchucking the nasty, syrupy solution. Perhaps that would have spared me the heaves and throat cramps of the one time I drank a gallon of laxative. That would be a slight improvement. But no matter. My heart belongs to phospho-soda. Or at least my colon does.
Posted by Zeno at 9:00 PM

Thanks, you've cleared up a mystery for me. See, whenever Orac gets going about pre-surgical bowel prep, he goes on the gallon of GoLytely. I had no idea what he was talking about because it didn't match my experience and I've been through major abdominal surgery twice.

Apparently I was given phospho-soda prior to my abdominal surgery. After tracking the link you provided back to Fleet's website, I recognized the nasty flavoring from the first time I got subjected to it. My mom the internist followed up with a Fleet enema just in case the phospho-soda missed anything. Needless to say, I was not a happy camper. OTOH, I didn't have to drink a gallon of sickly sweet crap.

I just had an IVP done for some kidney stones and they used the phospho-soda.

One hour later I thought, this isn't going to be so bad. Two hours later I made sure that I was within a few feet of the bathroom.

I know what you mean, KeithB. It cleans you out but good! My whole point, however, is that the phospho-soda treatment is a one-way operation. The preps that require you to drink a gallon of laxative solution create a constant gagging reflex and it's a herculean struggle not to upchuck the whole nasty mess. I greatly prefer that the traffic be in one direction. All of the preps are horrible, but some are less horrible than others. Much less.

Thankfully, I don't have to do it often, so I haven't run the gamut of various preps. Never tried the old school one, hope to never have to!

The reason I did this project is to see what pop might do to your
stomach. I found out that you should not drink pop on an empty
stomach, especially Coke, because it is acidic and could give you
an ulcer or a really bad stomach ache.
Dui In California