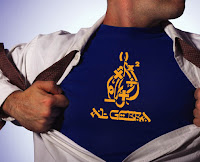 Wherein I make a rude remark

The San Francisco Chronicle still knows how to catch my eye. This morning's front page (admittedly below the fold) carried the headline A Matter of Mathematics (for some reason, Jill Tucker's article is titled Algebra—it's everywhere on the Chronicle's website). It's all about the new state mandate that California's 8th graders must learn algebra.

I've kept my peace concerning the controversy because there are no subtle issues to discuss. The problems are completely obvious. Frankly, we have neither the funding nor the teachers to pull this off. Even if we had the qualified math teachers, putting them in 8th grade would not do the trick. It's too late. Students who are ready to learn algebra in 8th grade are typically the survivors of years of substandard math teaching. Many are simply not ready. How could it be otherwise? Elementary school teachers gain their teaching credentials with barely a glance at mathematics. The governor's plan for 8th grade algebra is a top-down scheme doomed to die, probably with a lot of collateral damage.

We have to start at the bottom, enhancing the quality of math teaching in kindergarten and first grade, then working our way up to 8th grade. Unfortunately, there is no likelihood that we can make major progress on such a project because we are already short of credentialed teachers. Raising the math requirements for a teaching credential will exacerbate one problem in an attempt to solve another. (The solution, if and when it comes, will probably involve math specialists who take the burden of math teaching away from their elementary school colleagues, but once again we have a numbers problem—both in terms of the supply of math specialists and the dollars with which to pay them.)

An abiding difficulty is the way our society regards math and the creepy nerds who like it and are good at it. I embrace my creepy nerdiness, but others may be less bold. Math skills may attract disdain rather than admiration. As John Allen Paulos pointed out in his book Innumeracy, people will go to great lengths to conceal illiteracy. The inability to read shames them. By contrast, however, some educated people practically brag about their mathematical ineptitude, as if it they are worthier human beings for their innumeracy. The Chronicle was ready with a few pithy quotes to make this point in a sidebar accompanying the news article:

“Stand firm in your refusal to remain conscious during algebra. In real life, I assure you, there is no such thing as algebra.”

“At the risk of perpetuating the stereotype of librarians ... I'd be glad to state, on the record, that algebra is uniquely useless in life, and that the only good number is a call number.”

I'm not going to pick on a poor librarian from Pacific Heights who even seems to be aware that she is flirting with a stereotype (and I'm sorry that she will be a spinster for her entire life), but Lebowitz is an irresistible target. She, after all, is a famous writer and polemicist who sometimes appears to expect to be taken seriously.

Is this one of those occasions? Or is Lebowitz just yanking our chain in her cheerfully in-your-face manner? I don't think it's that hard to tell. Lebowitz is making the mistake that is one of humanity's most common failings: If it doesn't matter to me, it's not important. Lebowitz is simply more willing to go on record with her irrationalities.

That's one of the reasons I seldom take her rantings seriously. She's been on record for a long time concerning one of her abiding passions: drugs! Consider this painfully obvious rationalization of her chemical dependency, which appeared in a Bob Morris interview in the New York Times on August 10, 1994:

[S]he holds her Marlboro Light and inhales in a way that has the I-dare-you-even-to-raise-an-eyebrow quality of an artist, rock star or teen-ager. 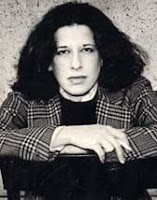 “I feel very stimulated by cigarettes,” says Ms. Lebowitz, who smokes two packs a day, most of them while she's talking or writing. “Nicotine has that effect on me. That's what it's supposed to do. It's a drug. Drugs work. That's why people take them. Sometimes when I don't feel well, someone will tell me to try drinking some daffodil tea. I tell them, ‘No, I think I'll take tetracycline, thank you.’ It works faster. Like cigarettes. They get to the point. The words are in the cigarettes.“

The words are in the cigarettes. I remember having a good laugh when I read those words for the first time, back when the interview was first published. Hey, Franny. Suck harder. Maybe there are numbers in there, too!

I can't help but remember a cadre of my classmates from 8th grade who used to slip across the road during recess to light up off school grounds and relieve their need for nicotine. The words they appeared to find in their cigarettes during their smoking breaks were not considered printable in those days, but now I suppose they could be great writers.

If only I had known what I was missing! I, too, could have become a writer!
Posted by Zeno at 10:00 PM

I'm sure you know full well that the maths is in the speed.

At least if you're Erdős.

Damn, sili beat me to it.

If you consume cigarettes and coffee together, will you become a polymath?

Although it's a good point to raise, I'm pretty certain that Erdős would not have said that the math was in the amphetamines. He was a notorious speed freak, but Erdős was fixated on being alert and awake (not in receiving chemical enlightenment). I think he regarded every moment he slept as time stolen from mathematical research. He was trying to take the limit of awake-time, pushing it as close to 24 as he could.

I'm afraid I do have to agree in part with the librarian -- call numbers are truly superlative numbers indeed. I wouldn't consider them to be the only good numbers (there are, after all, phone numbers, dates, network addresses, and map designations), but they are right up there in my pantheon of favourite kinds of numbers. :)

I suppose you can't really say "The only good number is a dead number," can you? Not that I'm a math-eliminationist, but I am a (mostly undrugged) writer, and these sorts of things occur to me. For what it's worth, my drug of choice is caffeine.

The people who vex me are people who think that numbers are real in a sort of Platonic sense (the "math wasn't invented, it was discovered" contingent), but that's mostly because I can't stand Platonists of any stripe.

We do need more experts in elementary school, and not just in math. We need to get away from the whole idea that you can learn how to teach without really having to learn the material. We don't do that at the college level; why do it anywhere?

Re: algebra, I use it all the time. Fran and Nadine may not encounter it directly in their daily lives, but without it, they'd be living (or, more likely, not living) in a far more primitive world.

Calculus is useless, though. ;-)

People may not use algebra every day (I always hear Michael Jeeter) but that's because they weren't taught it properly. If they had been, and they did, they'd discover how much easier it made things. Even simple things like "if gas is $4/gallon and my SUV gets 12 mpg, am I really saving money driving across town to get it for $3.96?"

Why would Mathematical Platonists bother you?

Of course, as someone who believes that numbers are quite real in a Platonic sense, I'll tell you that if you think mathematics is created and not discovered, then I'll assert that you've just merely not done enough mathematics to understand. Though really, I just can't stand Positivists of any stripe ;)

First, to spare Zeno the necessity of saying something so obvious: The real beauty and use of algebra is that it makes calculus feasible.

As to the librarian: Since when is the librarian stereotype one of disdaining knowledge? I really don't get this one.

The odd thing about that feature in the Chron, apart from its failure to explain how everybody was going to learn it in the eighth grade, or why everyone needs to learn it at that particular age, was the historical sidebar. It listed lots of ideas from ancient history, and gave lots of good (really) credit to a variety of civilizations for their contributions to math.

And: No Arabs or Persians. Huhh? I know that national security requires us to hate and scorn those people, but still, it's rather sad.

And: What did all that have to do with algebra? Good, important stuff, much of which shows up in algebra courses (not all); but how much of it falls in the little common-man's working definition of algebra that the main story gave? Because, after all, the definition they gave was pretty decent, for below-college use of the word.

Oh, and naturally it stopped about 1600 with the obligatory mention of Galileo who did so much to establish algebra and stuff in science. There's one small problem, in that he never used algebra at all, in any sense that a student would recognize it. Geometry, folks; Euclid; Eudoxian theory of proportion. And the difficulty of his demonstrations is a great argument for the algebraic methods that came into use shortly afterwards, thanks to Descartes and all. (Also, a tribute to his genius in using such clumsy tools.)

Oh well, it's pretty silly to expect a newspaper to run a piece by someone who knows what's being talked about.

Algebra -- even high-school algebra -- is a fascinating study in its own right, and the primary object of study satisfies an elegant universal condition. Calculus is a mess of a toolbox that happens to be useful for certain physics problems.

Well, that's why I said feasible. Would you like to do calculus, including the derivations that underly the rather boring cookbook stuff which hoi polloi think is Calculus, without the convenience of modern (post-1650, say) algebraic techniques? It's not as if they're essential, any more than algebra and calculus are essential to physics (cf. Galileo); just a rather large convenience.

However, I confess to the analytic chauvinism. And a bit of provocation.