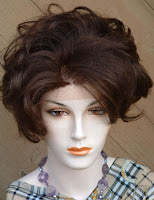 “I'm really, really sorry, Zee Zee! I don't mean to be so much trouble. I hope you can forgive me!”

“I don't see a problem, Lillie. You can't come to dinner and your absence will be felt, but no one's going to hold you responsible for not being able to attend. I'll pass along your regrets to the other guests.”

For some reason, my calming remarks did not have the intended effect.

“Well, that's just the problem. I can attend. I mean, I could attend, but my husband has an out-of-town engagement that weekend and I would feel awkward going by myself.”

“Really? So why not hitch a ride with one of the other guests? I'm sure there'd be no trouble in arranging it and it wouldn't inconvenience anyone.”

Lillie pondered for several seconds, her face full of indecision. She wavered. Then she decided.

Since her husband had actually gone out of town to spend time with the woman who would later become wife #2, Lillie should have gone out on the town and partied her ass off without apologies. But she didn't know that yet.

“That's okay. Don't worry about it. A toast will be drunk in your honor, I'm sure.”

The gears were obviously still grinding in Lillie's head. She brightened.

“You know what would be funny? If I were to send a substitute!”

I frowned a bit. “Uh, perhaps. But dinner invitations are not transferable, so no substitutions allowed.”

“You don't understand, Zee Zee! I have a life-size doll that can stand in for me. I'll dress her up in a silk kimono and everything. You can drink a toast to her instead. She'll be no trouble at all—much quieter than me—and it'll be really funny! It'll be my contribution. I can bring her to the math department and you can take her to the dinner party.”

“What in the world are you doing with a life-sized doll? Never mind. I don't need to know. And, what's more, I don't need to take a plastic companion to dinner with me. We'll leave it at that.”

“How about if I send her directly to the party instead of bringing her here first? That way you don't have to do anything.”

She seemed serious. I was not happy.

“No, really, Lillie. That idea is no-go. It has a certain wackiness that might appeal to some, but please let's not.”

Her face registered mild disappointment at my coolness toward her madcap idea, but I am made of stern stuff.

Monday morning I was sitting in my office in the math department. Lillie just happened to come by.

“How was the dinner party, Zee Zee?”

“Oh, hi, Lillie. The dinner party was great. Everyone had a good time. Folks were sorry, though, that you weren't there.”

“So the dinner party went okay?”

“Yes, fine. Like I said, folks had a good time. Of course, it would have been an even better time if you had been there, but you can't have everything.”

Lillie was perturbed by my innocent nonchalance.

“Did anything unusual happen at the dinner party?”

“Unusual? Well, no more than usual for that diverse crowd of reprobates,“ I said, smiling.

Now she was visibly flustered. Finally, she couldn't contain herself.

“But what about the doll?”

I regarded her solemnly for a long moment.

“So what about the doll? I thought we agreed that it was better not to do anything with it. You didn't, did you?”

A look of horror crossed her face.

“My doll didn't arrive? It wasn't delivered to the party?”

I gave her a small, disapproving frown.

“You're serious? You actually sent the doll to the dinner party?”

“Omigawd, omigawd! It was wearing my favorite silk kimono! My daughter took it right to the restaurant and gave it to the hostess to take in to the dinner party. What could have happened? My kimono!”

I let her dither for a while.

“Lillie, did it occur to your daughter that there might have been more than one dinner party in the restaurant that evening? The hostess probably assumed the doll was supposed to go to the noisy bachelor party in the banquet room next door to us.”

Lillie wrung her hands while mourning the disappearance of her favorite silk kimono. I softened my expression of disapproval, but only slightly. Eventually she pulled herself together and marched off to teach her morning class. Once she was clear of the math offices, I picked up a paper bag from under my desk and walked over to the workstation of the department secretary.

“Sorry to bother you, but I missed Professor Madison this morning and now she's in class. I need to return some materials to her. Is it okay if I leave this in her office?”

The secretary smiled trustingly at me and handed over the master key to the math offices. I thanked her, headed down the corridor, and returned less than a minute later, the paper bag no longer in my possession. I gave the master key back to the secretary, nodded pleasantly, and turned back toward my office.

I didn't return to my office. I had neglected to shut the door to Lillie Madison's office. It was ajar and waiting for me, the paper bag sitting on Lillie's desk. I closed the door behind me and quickly extracted one deflated doll and one silk kimono from the bag. A few minutes later, some huffing and puffing had restored the doll to the full-sized dimensions she had sported when arriving Saturday night as an unwelcome guest at the dinner party. I arranged the kimono neatly on the doll. She didn't want to sit in Lillie's chair, but I cinched her down with a short length of cord, bending her sufficiently in the middle so that she looked like she was seated. The legs stuck out a bit, but you can't have everything. I turned the chair so that the doll was directly facing the door.

I doused the lights, closed the door, and crossed the hallway to the office of Lillie's neighbor. He looked up from the papers he was correcting when I paused in his doorway.

“Hi, Sam. Lillie's going to be coming back from her class in about half an hour. I thought you'd like to know that she's going to scream when she opens her office door.”

Sam is unflappable. He went back to his paperwork.

The minutes trickled away and eventually I heard the smart cadence of Lillie's heels marching down the corridor. The sound stopped as she paused in front of her door. She slipped her key into the lock, opened the door, flicked on the lights, ...

And screamed at the top of her lungs at the unexpected sight of the doll staring back at her. Lillie staggered across the hallway into Sam's office, where he was still sitting at his desk, calmly correcting papers. He looked up.

“Hi, Lillie. Is everything okay?”

Lillie stared at him in disbelief. She finally caught her breath and emerged from Sam's office. She found me standing in the corridor with a small smile on my face.

You have good lung, professor Ferox.

It was, thank goodness, a petite doll.