I believe in science 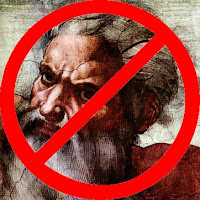 PZ scored 100% for scientific atheist, but he's a professional. I managed to eke out 92%. That's not too bad. I figure that the 17% score on theism (the same as PZ's!) is the irreducible residuum of my misspent youth as an altar boy. As G. K. Chesterton's Father Brown liked to say, “I caught him, with an unseen hook and an invisible line which is long enough to let him wander to the ends of the world, and still to bring him back with a twitch upon the thread.” If Lauren Bacall walked around me, would she trip over a string? I'm a frayed knot.

Full disclosure: I wasn't an altar boy, but I was a eucharistic minister for a while, and my mother is director of religious education at her parish.

Thanks for the heads-up, John. I have no idea why the link was broken, since it was a simple cut-and-paste job directly from the quiz's own website.

Interesting. My apathy and spiritual (what does that word mean, anyhow) scores are higher than I might have expected.