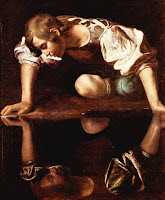 Have it your way (not)

Are you old enough to remember “batch processing”? In olden times (when I was originally in college), computer time was valuable and scarce. Computers were also off limits unless you were part of the white-coated priesthood. These were the men (they were almost always men) who took your bundles of painstakingly prepared punch cards (Woe be unto you if the header cards were flawed!) and queue them up for processing. Your results would be available later—probably not until the next day. If there was a run-time error, your job would be aborted and you'd start over again. Definitely not the good old days.

We batch-process our students. How could it be otherwise? They outnumber us forty- or thirty-to-one in each class (at least until attrition sets in, as with the twelve survivors of my worst algebra class ever) and it is utterly impossible to give every student routine one-on-one instruction. That's why it's imperative that each student take responsibility to attend regularly and do the best that he or she can to participate in the lessons as they occur—instead of blithely popping intermittently in and out, while occasionally leaving a “Did we do anything important today?” message in your voice-mail or e-mail. In general, we need people to try to be on the same page. As much as possible, please. Then we'll do what we can to help the stragglers keep up and the quicker students from being too bored.

You can, however, always count on a certain number of students to send you plaintive petitions for special treatment. One such message recently popped into my on-line mail box.

He was trying to be polite, which was a welcome variation on the peremptory approach, but his goal was a familiar one: Please rearrange your course to suit me. Although our academic calendars are published months in advance, every school term sees a handful of students who nevertheless demand to be indulged in special ways.

I will be enrolling in your Calculus III for the summer of 2007 semester. However, originally I had not planned to enroll in any classes this summer but ended up having to because I was unable to complete the course over at State U. I have attempted the course previously and came up real close to pass so, I think I will have an ahead start. The problem is that I had arrangements to leave the country for an important matter but I will need to take the final for your class a bit early. The original final is scheduled for Friday of the last week, I was hoping to take the final on that Monday.

I know it will be a pain for you to write the [final] four days early but it would help through this situation. Please let me know if you will be able to meet my request as soon as possible. Thank you for your time and consideration.

See? I told you he was polite. Misguided, but quite ingratiating. He had bombed his State U calculus course and was scrambling to make up the loss during the summer term of our junior college. No surprise there. We backstop the State U students all the time with courses that we offer during the university's downtime. It is also, I'm afraid, the at-risk university students who expect special accommodation from the local lowly community college.

The summer session is highly compressed and there is no wiggle room in the schedule. If I'm lucky (or, rather, if my students are lucky), we'll be able to devote the day before the final exam to an intensive review. If not, I'll be covering the last of the new material. (Hey, kids, how about that theorem of Stokes! It'll be on tomorrow's final! No kidding!) But Special Student thinks he should be allowed to take the final exam before we've reached the theorems of Gauss and Stokes.

In addition to hoping for special treatment (which is something we all crave, of course), Special Student was also clinging to one of the most dangerous of academic misconceptions: The notion that a repeating student has a significant advantage over the first-timers. That ought to be true, since the repeating student has previously been exposed to the subject matter while the newbie is seeing it all for the first time. The reality is quite otherwise.

For the most part, repeating students tend to slough off a major part of the work in the course because they “already know it.” They fall into the same patterns of failure as before, drifting into perilous reefs and waking up too late to bail themselves out of danger. I've seen it many times. Even when you state it very explicitly, the repeating student has trouble grasping the fact that they must change their behavior. When you did this last time, you flunked. Why would you expect to do any better if you do the same thing over again? It's like science! Mix the same chemicals again and get the same explosion again.

I warned Special Student about this in the message declining his request to amend my course for his convenience:

Sorry, Special, but it will not be possible to accommodate your request. The final will be given on the scheduled Friday and no sooner. You may wish to contact the other calculus instructor, but you are unlikely to get a different answer.

We will be covering new material right up to the end of the summer session, so it is unreasonable to expect an instructor to give you a final before the course is even finished.

Whatever you decide to do, I want to caution you about the idea that you have a head start on the material because you have taken the class before. While this seems to be a reasonable assumption in some ways because of your prior exposure to the material, you need to face the fact that you failed the course. Do not take it easy or cut corners on the assumption you already know Calculus III. It's much better to look at it as a clean slate and apply yourself diligently from the very beginning. You have to do something different if you hope for a different grade. Don't just repeat the mistakes of the earlier class.

Good luck in finding a solution to your dilemma, but do not count on having a course rearranged to suit your convenience. That is not likely to occur. Sorry.

Although I tried to be as diplomatic as possible, Mr. Student did seem just a bit piqued that I had not understood him. After all, he had almost passed. Did I not get that?

I wasn't exactly planning on cutting corners and I got a 68.7% so that should tell you I didn't exactly sleep through the class last time.

Yippee. You got a D. Congratulations. No wonder you think you can take the final before we cover the most challenging material in multivariate calculus—all while marching along in the quick-step double-time format of the summer schedule. Oy.

This week I checked my summer schedule class roster. Special Student has signed up for my course. Interesting. Did he manage to rearrange his own foreign travel schedule after failing to rearrange the summer session schedule, or is he planning to try again? I think Mr. Student and I will have a nice chat on Day One.
Posted by Zeno at 10:00 AM