The art of the non sequitur 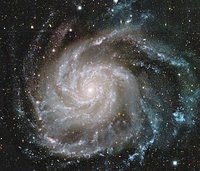 Let there be dark

Howard Smith is drumming up some attention for his recent book by penning a think-piece for the newspaper trade. I read his “Cosmic resolutions for 2007” in the San Francisco Chronicle. I presume it's cribbed from the book he's promoting: Let There Be Light: Modern Cosmology and Kabbalah, a New Conversation between Science and Religion. Although I agree that one shouldn't judge a book by its cover, I think the title tells me that I don't need to read it. Smith's opinion piece for the newspaper just confirms that impression.

Smith is an astrophysicist affiliated with the Harvard-Smithsonian Center for Astrophysics, so his professional qualifications are in no need of exaggeration. He must be a top-notch astrophysicist. Not content with having attained the upper reaches of his profession, however, Smith has decided to become a moral theologian.

There is long tradition of deriving moral lessons from cosmology, with familiar examples being theological. The story of Adam and Eve, for instance, teaches that God made all humans related, descendants of one couple. In the 16th century, the Jews who were followers of the Jewish mystic tradition of Kabbalah taught that the cosmos was born and is changing, and derived a cosmic lesson: humanity can affect that change, as righteous deeds improve the fabric of creation. The contrasting, predominant scientific view—a static universe—persisted until Hubble, and lacked this ethical imperative.

By golly, we should have immediately realized that the static model of the universe was wrong because it lacked an ethical imperative. How silly of humanity not to have caught on to this right away! In an earlier era, astronomers could have saved themselves a lot of time looking for more planets if only they had accepted Hegel's whimsical argument that philosophy required the existence of exactly seven. 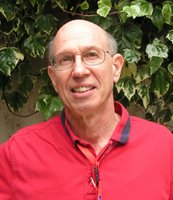 It is possible to appreciate both the insights of religion and the lessons of science. This year's precise, self-consistent cosmology certainly prompts one ethical reflection: science's intellectual openness and quantitative inquiry have been wonderfully productive. They are worthy of emulation. Here's another: newly uncovered puzzles (dark matter, cosmic acceleration) compel humility. We do not know it all. Cosmology and Kabbalah illustrate that science and religion, presupposed opposites, speak to the same mysteries. Their perspectives, while different, are not necessarily contradictory. Their moral imperatives can enrich and motivate both rational and righteous behavior.

Let's see if I understand this: Science has been “wonderfully productive,” but we still haven't pinned down that business of dark matter. Thus we must acknowledge that we don't know everything and learn from the Kabbalah. Because religious mysticism does not necessarily contradict science. And we may be able to reconcile their moral imperatives (remember, science has a moral imperative now because the universe is not static).

It's a trendy notion. I'll give it that. Stephen Jay Gould struggled with his concept of non-overlapping magisteria (NOMA) as a means to call a time-out in the boxing match between science and religion and send them to their respective corners, but Gould didn't make too many friends on either side of the divide with that approach. Before that, we were treated to God and the New Physics by Peter Davies. And let us not forget Robert Jastrow's God and the Astronomers, in which he famously says, “For the scientist who has lived by faith in the power of reason, the story ends like a bad dream. He has scaled the mountains of ignorance; he is about to conquer the highest peak; as he pulls himself over the final rock, he is greeted by a band of theologians who have been sitting there for centuries.” Yes, indeed; let's ask those nice theologians how they derived their preferred value of the morality-laden Hubble constant.

More recently we've seen the reconciliationist effort by Francis Collins (“God is the answer to all of those ‘How must it have come to be’ questions.”) of the Human Genome Project. For these good folk it seems that science needs a certain something more—a dash of greater good of some kind. We humans can't be left to our own devices. Let's dash around looking for transcendent moral imperatives or ethical contexts.

Or maybe we can write a book about how great it is that we can supplement the proven scientific path to knowledge with the foggy and ambiguous religious maze toward uncertain mystical knowledge. Then, if we're very, very good, we can await our reward, which could just be the $1.4 million Templeton Prize for Progress Toward Research or Discoveries about Spiritual Realities.

Do you have anything more clear evidence of what you don't like about Smith's writing. Because my reading of Smith's article was not nearly as bad as yours, and I think you are misreading or misrepresenting him.

I didn't see anything in the article claiming that Kabbalah is a good way to learn anthing about the universe. The paragraph you cite, by my reading, is just emphasizing the example from the previous paragraph, i.e., that for many people, "context" has ethical implications. If you beleive Adam & Eve, hence you think that all people are related, this is likely to affect your morals. And for Kabbalah followers, who thought the universe was changing, this apparently led them to beleive that people's behavior can change the course of the universe. And someone who thinks the universe is eteral and unchanging might draw some other lesson -- e.g., that our behavior is inconsequential in the grand scheme of things.

Again, I don't see anything in there saying that spirituality or religion tells us anything about the universe. Simply that what people beleive about the universe, whether correctly or incorrectly, often seems to feed into how they behave, what their moral principals are, etc.

"For these good folk it seems that science needs a certain something more—a dash of greater good of some kind."

Kind of like the way that some people, when presented with a plate of fine food, wont be happy until they have added a comforting dollop of Heinz Tomato Ketchup, much to the chef's disgust.