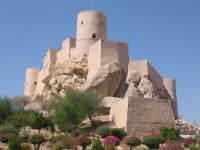 Build your own fort

I'm grateful to PZ Myers for tipping me off to the efforts of Bill Crozier, the Republican nominee for state superintendent of education in Oklahoma, to make our classrooms safer. Crozier has made available an amateur video (a really amateur video) on how textbooks can be used to protect students from armed assault. Under carefully controlled laboratory conditions (actually, it's just Crozier and a bunch of guys standing around in an empty field), the distinguished Republican educator uses an AK-47 and various pistols to shoot at some textbooks.

His exercise in ballistics was reported by KOCO, Channel 5 in Oklahoma City:

“We are doing this as an experiment because at Fort Gibson, many young people were shot in the back,” Crozier said in the videotape, referencing a December 1999 middle school shooting in eastern Oklahoma, in which a student wounded four students with a 9 mm semiautomatic handgun.

As a trained observer of the world around him, Crozier had noticed that one of the assailant's bullets had not penetrated a textbook in a student's backpack. His keen mind quickly grasped the possibilities of using textbooks for classroom self-defense. 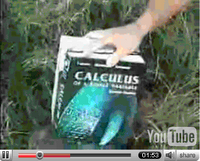 Crozier's first experiment (after verifying that they hadn't forgotten the AK-47's firing pin by the simple expedient of actually firing it) was to take a shot at a calculus textbook from a distance of 15 feet. As noted in the video, the AK-47's slug made it all the way through the calculus book and through the phone book that was behind the math text. I immediately noticed a problem with the experimental protocols. While the choice of the calculus book by Larson, Hostetler, and Edwards was perfectly defensible, that book being one of the more popular texts in the U.S. market (Stewart's book, however, with its 70% share of the market, would have been even more appropriate), Crozier chose to use the single-variable edition, which is only two-thirds as thick as the standard edition. 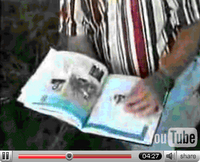 But even the comparatively skinny book proved to be more than equal to the task of stopping a 9-mm bullet. In the second experiment, the text that had been pierced by the AK-47 needed only seven of its chapters to stop the 9-mm projectile. (We can clearly see that Crozier opened the single-variable edition of Larson to the beginning of Chapter 8, where we are greeted by a two-page spread on fractals—an eye-catching topic with cool graphics that has extremely little to do with first-year calculus. Benoit Mandelbrot smiles up at us from the lower corner of the right-hand page.) That experimental result will make me feel safer the next time I use one of the thinner editions because I don't want to lug about the significantly heavier complete version.

The standard 1000-page edition of a calculus book has major stopping power, of course, as many former college engineering majors know. (They mostly became liberal arts and business majors.) Calculus books should be just as useful in stopping slugs (I'm not actually talking about students now). Crozier's brilliant insight into classroom defense procedures generalizes naturally to protecting professors in their campus offices. A typical math teacher has scads of books in his or her office. At the first sign of danger, a diligent mathematician should be able to construct a sturdy textbook fort, as shown in the accompanying illustration. (The two embrasures for returning fire are optional, of course, mostly depending on whether your state allows teachers to pack heat.) At our next department meeting, I think I'll propose that we schedule some training drills.

Thanks, Bill Crozier! Who but a Republican candidate for state superintendent of education could have come up with such a brain stroke? 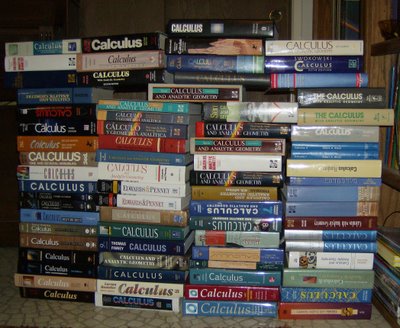 That fort is possibly scarier than the video! ;)

That fort isn't scary. I've owned most of those books through the years, although I only own four or five of them now. However, there is a problem. You can stop bullets or shells fired from guns, but how will you stop mortar fire?

Hey, I recognize several of those. Damn, they were heavy to lug around. Good to know I had a shield. Just add some leather armstraps to the back and I can go mobile!!

Maybe a thinner chemistry book would work as a cudgel?

Forget mortar fire, what about alien laser beams?!
The public must know!

As a young second year instructor I am quite concerned that I have not amassed a large enough collection of calculus books to protect myself from small arms fire. Perhaps with my quick hands and martial arts training I can use these textbooks to defend myself from knives and baseball bats. (Just another item to add to the agenda at the department meeting.)

I am pretty sure the force from bullets would just knock those books over, rather than penetrating them. There needs to be a system for holding them in place.

The Box O' Truth did a field test on this.

Milan said: "I am pretty sure the force from bullets would just knock those books over, rather than penetrating them."

Unlikely. The amount of acceleration the book would have to acquire to reach the speed of the bullet, thus preventing it from being penetrated, would be too high. Looked at another way, the bullet's lost momentum would not be compensated for by the momentum needed by the book, yet the bullet's kinetic energy needs to be dissipated as it comes to rest. Smashing it's way into the book would rupture molecular bonds and the energy would 'surface' as heat.

What if they use incendiary rounds?