David Berlinski has brilliantly resolved the sovereign conundrum of his existence: How can he remain modest while being the smartest member of an anti-intellectual cult? His elegant solution is to not even try. Another effortless triumph!

He again puts his sumptuous vocabulary and self-conscious prose on display as he preeningly pretends to celebrate the life of the late Christopher Hitchens. While Hitchens was a master of the finely honed, sharp-edged phrase, Berlinski prefers to poke about with a dull-tipped poniard. The jewels on his stiletto's hilt are of more interest to him than the blunt tip's inability to make a point. Watch as he uses his supposed tribute to Hitchens as a vehicle for self-aggrandizement, attempting to clamber up to Hitchens' level and stand by his side as a co-equal polemicist. It is an intriguing spectacle. Some excerpts:

Christopher Hitchens's reputation rests on his literary works, his panache as a public speaker, and on his defiant atheism. He wrote on a very wide range of subjects, and his book reviews were often very fine. He liked to praise the writers and poets he loved: Oscar Wilde, Vladimir Nabokov, Evelyn Waugh, W.H. Auden, Wilfred Owen, James Fenton, many others. He read closely and he read well. As an essayist, Christopher Hitchens is often compared to George Orwell. The comparison is careless, and it is one that in his final interview with Richard Dawkins, he rejected. Hitchens wrote fluently, Orwell, unforgettably. The difference is very considerable, but it is not to Hitchens's discredit. No man is obliged to be what he might have been.

Poor Hitch. He was no more than he was, but that's not his fault. Berlinski understands, and sympathizes. (As well he should.)


Hitchens was an engaging public speaker, and he had the gift of gracefully holding an audience. His intimate interviews were often wonderful because invariably, he was more elegant and far more articulate than his interlocutors. When faced with a rhetorical bruiser like George Galloway, his natural register failed him, and he did not have the dexterity to secure by means of an ironical divagation what he was otherwise unable to secure by matching bruise to bruise.

Poor Hitch. He was better at fencing than at crotch-kicking. (Really? Perhaps Berlinski overlooked Hitchens' well-known stone-crushing skills. Or maybe David wisely kept his knees clasped tightly together during his debate with Christopher.)


With the publication of God Is Not Great, Christopher Hitchens reached a mass audience. He became celebrated. When he discovered how well he had been received by the public, he tended to regard his own religious beliefs with the indulgence of a man who on discovering that he has been lucky in attracting admirers very naturally concludes that he has been justified in attracting them.

Poor Hitch. He mistakenly thought he deserved the attention he got. Berlinski desperately wants to know how he got that attention and would sell his soul to achieve the same level of recognition. (Perhaps he already has. The house intellectual of the Discovery Institute has a lot to answer for.) 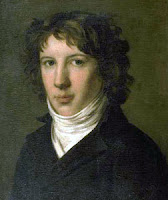 His atheism nonetheless had a kind of shambling boisterousness that made Christopher Hitchens seem a Mirabeau to Richard Dawkins's Saint Just [sic] or Sam Harris's Robespierre.

Poor Hitch. Did he never suspect that he was playing a part in a zany recapitulation of the French Revolution? (By the way, David, the name of Louis Antoine de Saint-Just is usually rendered with a hyphen. Not, of course, that this significantly detracts from your light-shedding simile. Pas du tout!)

I asked Hitchens about this during a break in our debate. We had retreated to a forlorn hotel loading ramp in order to have a cigarette. “Well, yes,” he said, “it's just a sentence.”

Oh, that Hitchens! Such a sly boots, and yet hoist by his own petard when caught making a statement without proof about statements without proof. Sneaky, clever Berlinski, to catch him out like that! It was also wise of Berlinski, who routinely plays the part of a math expert, to refrain from making the obvious point that every theoretical discussion must begin with unproven axioms at its foundation. Ceding this point to Hitchens would have deflated Berlinski's elegant gotcha. How unfortunate that Hitchens neglected to cringe in humiliation at Berlinski's sly riposte.


Christopher Hitchens found objectionable the very idea of a source of authority, and so of power, greater than his own. This has seemed to some of his readers all of the time, and all of his readers some of the time, both defiant and uplifting. The very same idea is at work in the terrible crimes of the twentieth century. It is inseparable from them.

I hasten to point out that Berlinski is not running afoul of Godwin's law here. Our elegant elegist deftly ducked this faux pas by not elucidating the nature of the twentieth century's terrible crimes. Hitler is only implied. We all understand perfectly well that Hitchens would never have supported Hitler—that is, of course, if he had only possessed the wit to realize that “the very same idea” of disdaining an ultimate authority is “inseparable” from campaigns of mass murder.

At least, that's one way to read Berlinski's prolix paragraph. Antecedents are difficult to pin down. (Does “the very same idea” refer to “the very idea of a source of authority” or the notion that this source itself was “objectionable”?) One of the glories of his prose is that the author will be on a firm footing if he objects to this characterization on the grounds that the sentences are ambiguous and subject to many (and divergent) interpretations.


Christopher Hitchens chose to greet death publicly. Had he thought of it, he might well have invited an orchestra. We signed books together after our appearance in Birmingham, and to admirers on his very long line inquiring after his health, Hitchens replied that he was dying. It was a response that inevitably took his interlocutor aback, the more so since it was true. I followed his interviews and read his essays about cancer and death. I found them moving. But they do not evoke the man.

And neither does Berlinski's supposed encomium.
Posted by Zeno at 10:30 AM

Well, somebody had to be Robespierre—and Berlinski didn't think of PZ.

As opposed to "Gauche Adroitness," may one presume?

"Hitchens's reputation rests on his literary works, his panache as a public speaker, and on his defiant atheism"

Never mind Saint-Just; this bozo can't master an elementary parallel construction in his native language. I can't speak as an expert in math, but I'd sure never hire such a person for a programming job.

How very unkind of you, Porlock Junior. When you do your writing with a thesaurus and a trowel, it's all too easy to miss some of the fine points!

A thesaurus and a trowel?
Stealing that, for sure.
With due credit, of course.