A date with Microsoft 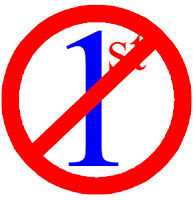 which will live in infamy

Is Bill Gates to blame? I don't know. But the heavy hand of Microsoft Word continues to plague me.

My office computer was recently upgraded (good!), which means I have a system which has reverted to all of Microsoft's defaults (bad!). I had subdued Word 2003 to my grudging satisfaction, but my new copy of Word 2007 has all of the bad habits back in force. The examples are many.

For instance, someone at Microsoft decided that its users really need the copyright symbol more often than they need to enclose the letter “c” in parentheses. Thus any attempt to write “(c)” instantly auto-corrects to “©”—a symbol I need approximately never. I am much more likely to (a) type in a list of items, (b) avoid Microsoft's intrusively clumsy outlining function, and (c) get a copyright symbol when I least want it. Naturally, I go into the auto-correct defaults and rip out the preset substitution for “(c).”

Even worse, though, in my estimation, is Microsoft's insistence on foisting superscripted ordinals on the world (which appears to have happily embraced them). Word won't let you write “1st” without turning it into “1st.” Ick. Whose bright idea was that?

The Associated Press Style Guide offers straightforward advice about dates: “Always use Arabic figures, without st, nd, rd or th.” Sounds good to me. Those are understood, aren't they? After all, when we look at a date like December 25, do you say “December twenty-five” or “December twenty-fifth”? I think most of us provide the ordinals automatically.

Unfortunately, my more literal-minded colleagues insist on the ordinal endings and—thanks to the default use of Word as their Outlook text editor—I get lots of e-mail sprinkled with dates written in superscripted ordinal form. Oh, good. Then, as is often the case, if formatting is lost in bouncing the message through various e-mail clients and servers, you get default plain-text messages with extra lines embedded to accommodate the ordinal superscripts. And for what? To accommodate an unnecessary formatting flourish, courtesy of someone's decision up in Redmond.

I can't be too harsh on geeks and nerds because that would be to accuse myself, but we do have some excessively soft spots for pointless gimmicks. When I first began to receive letters printed on monospaced dot-matrix printers with right-justified margins, I considered it to be a sign of the Apocalypse. Are you old enough to remember those? The only way to right-justify a monospaced text is to pad the lines with whole spaces to make the right margin come out even. Weird rivers of white space ran through the text as these interpolations were made. People were doing it simply because they could, ignoring the fact that such text was ugly and more difficult to read than ragged-right documents.

Just because you can, doesn't mean you should.

Speaking of things I can do ... a few more forays into Word's default settings and I will have ripped the guts out of the stylistic peculiarities that drive me nuts. When it comes to breaking in a new copy of Word, that's always one of the things I do 1st.
Posted by Zeno at 10:00 PM

They'll insist on superscripts for 1st, but they make it difficult to talk about sensible things like f^ns or rep^n theory.

Of course, blogger won't allow me to use the <sup> tag there, so those should be superscripts like I'd write on a blackboard...

AAAAGGGGHHHH, Word! My hardworking friend, my mortal enemy. I'm still "making do" with Word 2003, and I'm increasingly getting .docx files from people who've updated. A pox upon format changes!

One of my colleagues is an occasional Word user who was upgraded to the current version. He's constantly asking me how to do such-and-such in the new version. Often I can figure it out, though I'm not familiar with it, but Jeebus, the confabulations!
Seems like they changed things just for the sake of changing things.

Word 2003 can read docx files if you update it with Microsoft's Compatibility Pack.

Have you checked out OpenOffice.org?

Microsoft Office comes installed on all of our school's computers by default under our site license, so we all get it automatically. A couple of my colleagues, however, have downloaded OpenOffice and do most of their work in it by preference. I haven't made the jump myself. Is it user-friendlier?

Holy crap. I just had some sort of nightmare formatting flashback. Maybe I have PTSD from attempts at 2am to get a term paper printed out that did not look like crap.

Thanks a lot Zeno.

Tell me about it, spurge. I had to do my dissertation in Word. Oh, the pain! (Beware the jumping figures and their dissociated captions!)

There are a few things you can do.

As soon as Word autoformats 1st to 1^st press Ctrl-Z, it should undo the last formatting step.

If you get tired of Ctrl-Z'ing everything, you can also turn off these "features" by clicking on the Office Button -> Word Options -> Proofing -> AutoCorrect Options. The AutoFormat and AutoCorrect tabs is where you'll find the relevant options. The Math AutoCorrect tab could also be of interest to you if you type math in Word.

I found the AutoCorrect feature useful when I was in college. I would use "Ss" for students and "Ts" for teachers etc. Picking rare combination of letters that are easy to type saved me time typing.

Wow, a rant about Word that doesn't mention Clippy. The first thing I always end up doing with a new MS Office install is get rid of the annoying animated git.

Well, you know, Rhoadan, Clippy has been relegated to the ash-bin of history for a while now. I once suggested that someone write a wire-cutter app for Windows so that Office users could render Clippy into bits and pieces.

Beware of using Open Office if you have to communicate with people who must use Word. Word mangles OO when it "converts"...

And I hate the way things I want to use are on different tabs. Argh!

You know how Windows XP, etc, let you change your menus, etc, back to "Classic"? Why can't the new Word do that? WHY, Bill, WHYYYYYYYYYY?

I have used Microsoft Word and prefer OpenOffice. It does everything you need it to do, and likely more. I just finished writing my first book on it, and I do think it is friendlier than MS Word. Just my opinion.

When we were working on OpenLab 2009, I used OpenOffice to convert files from various versions of MS Word into LaTeX. It handled the job fine, although none of the documents I had to convert were too large or elaborate (a few pages, with the occasional picture). Of course, once I had the automagically-generated LaTeX on hand, I had to emacs it into the proper shape for fitting into the book, but that's not OpenOffice's fault.

(Today's CAPTCHA: aigne. Noun, onomatopoeic — the sound made by a person whose life's savings vanished in a puff of CDO.)

"I can't be too harsh on geeks and nerds ..."
Having worked in the software development business (but not for Microsoft), I really doubt the decision to include any of those misfeatures was made by a geek or a nerd. The feature list for a modern software product is usually made by unholy collaboration of marketroids, management, and producers. These folk are about as nerdy as the producer of a bad sitcom. Indeed, many producers in the software world were once producers in tv, music, or film.

I have used Microsoft Word and prefer OpenOffice. It does everything you need it to do...

...except deliver your files to Word users with your careful formatting intact.

Unfortunately, that's kind of non-negotiable in my line of work, given that I'm being paid in part because I can make documents look pretty. Don't get me wrong, I use OO now, but I'm also getting Office as soon as I can manage because I need to be sure my documents will come out the way they looked when I sent them.

Also, OO is really freakin' slow. The newest version of Word opened almost instantly on my recently former work computer (which is slower than my home computer by a long shot), even after a reboot, and OO takes, oh, a minute and a half or so to load? That's just disgraceful. I should never have to give a Microsoft product props for speed...

Having worked in the software development business (but not for Microsoft), I really doubt the decision to include any of those misfeatures was made by a geek or a nerd.

Is software development even done by (predominantly) geeks and nerds anymore? I just started working at this one place and have already baffled most of the developers by references to "foo" and the like. The old culture seems entirely absent, and most developers seem to be basically another white-collar job like sales or marketing, but with a slightly different skill-set.

I'm kind of surprised when I read about professional mathematicians who don't use LaTeX for everything, or at least everything that they don't have to share with their colleagues.