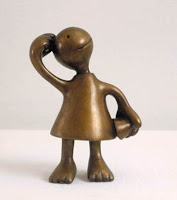 The enrollment at Large Community College tends to go up in bad times. Unemployed and underemployed people decide to get some low-cost education or training at California's open-admission provider of postsecondary education. Our classrooms fill up and our waiting lists swell. (And meanwhile our legislature considers fee hikes to try to discourage people—brilliant timing.)

This simply exacerbates a continuing problem. Waiting lists are a fact of life for most instructors at the beginning of each school term. I think it's particularly bad in math and English, where students line up for required courses (whether they really want to or not). The process of trying to get into an overbooked class tends to separate the real students from the poseurs.

But perhaps “poseur” is the wrong word. It may be that I should have said “clueless” instead. There are fundamental lessons about being a student that these people have managed not to learn on their way to college. As a result, their chances of success are greatly reduced.

Student A writes a frantic e-mail to the instructor before the semester begins:


I need to take your algebra class and its full. I cant get on the waiting list because its full too. Please send me an add code. Thnx. **Desperate Student**

I write back, of course.


Thank you for your message, Desperate Student. I do not issue add codes to anyone till after the first day of class. That's when I'll know how many no-shows I have and how many students I can admit to take their places. In the meantime, keep trying to enroll in the class. If someone drops out before the start of school, that will create an opening that might let you get on the waiting list.

Student A never shows up on my waiting list, although other names appear as previously enrolled students change their schedules and spaces open up sporadically. Student A doesn't show up on the first day of class either. No, he shows up on the second day—for an excellent reason!

“I'm Student A. I wrote you last month that I needed to add your class.”

“Oh, hi. I can pencil you in at the bottom of the waiting list, but it doesn't look good. Why weren't you here yesterday?”

“Well, you said you'd know how many openings you'd have after the first day of class, so I came on the second.”

“Not enough to go around, that's for sure. And there are twelve students ahead of you from yesterday.” 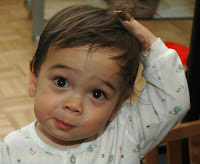 Student B is smart enough to show up on Day One. She even got onto the tail-end of the waiting list and has a shot at getting into the class, especially after I purge the roster of no-shows. After a couple of days of prerequisite checking and paper shuffling, the magic moment arrives and I call her name to get an add code so that she can register in the class.

“Thanks, Dr. Z. Does this mean I should get the textbook now?”

“Excuse me? We've been through the first week of class. How have you been doing the homework?”

“Oh, I didn't think I had to do any of it until I was officially in the class.”

“That means you're a week behind your classmates. Didn't I tell everyone still on the waiting list to ‘act like you're in the class’ while we resolved the enrollment?”

“Did that mean doing the homework?”

“That's what students do when they're in a class, I hope.”

She added the class, but flunked the first exam. And, eventually, the class. 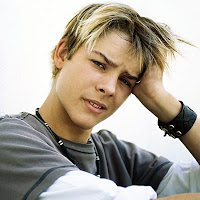 Student C wanted to “challenge” the intermediate algebra prerequisite for spring semester business applications math, the lack of which was about to bounce him from the class. We have a process for that, of course. The student fills out a prerequisite-challenge petition and provides evidence that he or she is prepared to succeed in the course in question without formally having the prerequisite on his or her transcript. Acceptable forms of evidence include letters of support from the student's teachers in classes similar to (if not exactly equivalent to) the missing prerequisite or good results in relevant placement/assessment tests.

Student C had difficulty with the concept of “evidence.” He attached a personal statement to the petition:

Sorry. That's not evidence of preparation for success. That's evidence of lack of preparation. We get a handful of these petitions every semester. Some of them are much more belligerent, along the lines of “It will be your fault if I don't get into my transfer school!”

My students (I'm an ESL teacher in South Korea) complain about the cost of the textbook - about $15 and good for two semesters with every class using it.

I don't think their complaints have much merit but at a school where the textbook required can change from class to class, from year to year, and cost significantly more, I could understand waiting to be certain I am enrolled before buying. I don't know if the qualifications I added apply to your university but it is something to consider.

On the other hand, the university library probably has a copy - or you should make several copies available for short-term borrowing.

Yeah, we do have the books available at the reserve desk at the library. The tutoring center also has a fairly complete set of current texts. We routinely announce this in class, but some students show up only to keep their place on the waiting list and remain in a kind of coma till they officially get enrolled. Then they come to life and find they're behind. Oh, no!