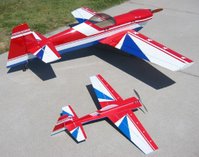 Many devout Catholics have adopted the epithet “Great” when referring to the late John Paul II. The reliably wacky Peggy Noonan is one, having titled a recent book John Paul the Great. Somewhat more respectable types have also weighed in, such as the founders of John Paul the Great Catholic University in San Diego.

Epithets and cognomens are found mostly in the pages of history books these days. We all have our personal favorites, such as Ethelred the Unready or Louis the Fat, but the one that always struck me most strongly was encountered in my catechism classes: James the Lesser. It seemed a particularly unkind designation.

James was unlucky enough to be numbered among a group of Christ's disciples—the twelve apostles—that included a more prominent James: the brother of the famously “beloved disciple” John. James and John were sons of Zebedee and the noisy pair was called the “sons of thunder.” Since there was obviously a James the Greater ranked among the apostles, it fell to the other James to end up as James the Lesser. Unlucky bastard. (Sometimes he is identified with James the Just, which is certainly a nicer title, but others believe that the two epithets describe different men.)

There are two main reasons to bestow epithets on individuals. There is the merely utilitarian purpose of distinguishing between those who might otherwise be confused with each other. Then there is the desire to give someone a mark of distinction. Of course, these motivations need not be disjoint. I think an obvious opportunity has arisen to revive the practice of referring to people by their epithets.

The current president is occasionally called “Bush 43” to distinguish him from his father, “Bush 41,” by virtue of their positions in the roster of American presidents. While we await the arrival of 42, which must occur by January 2009, we need to deal with the return to prominence of the elder Bush. Bush the Younger has blotted his copybook (the blotches have labels like Iraq, corruption, and unconstitutional) and George the Elder has gathered up his most trusted advisors and come to the rescue of his incompetent son. (It probably won't help since the petulant boy is unlikely to listen.) 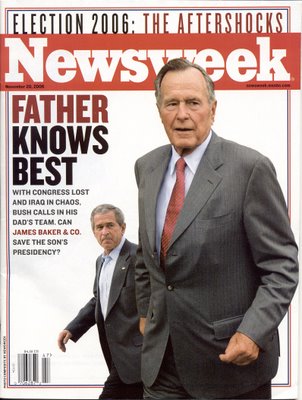 In all likelihood, George W. Bush will be known in history as the man who made George H. W. Bush's administration look good. The senior Bush was widely viewed as a failure at the time he left office after a single term of stumbling about; his stratospheric approval ratings after the successful conclusion of the first Gulf War were followed by a long, dreary, and unbroken decline. However, with the double whammy of his son's two feckless terms still floundering its way toward an ignominious conclusion, George the Elder is starting to look pretty good. It's becoming clear that our 41st president is now George the Greater while the current White House resident is George the Lesser. Or Bush the Better and Bush the Worse (Bush the Worst?). History is often graded on the curve, you know.

And now that I come to think of it, the man who served two terms between the Bushes is in the running to be remembered as Bill the Great.
Posted by Zeno at 3:41 PM

I call George H. W. Bush "Bush the Saner" and George W. Bush "King George". (Hey, no one said the names had to be opposites.)

How about we keep it simple and just have Bush the Barfer and Bush the Moron?

I thought that the great grading-curve-of-history was intended to support the rational idea of an ever improving definition of humanity? Thus, each improvement would make subsequent travails graded all the more harsher, would it not?

The teacher in me likes to see "progress" on the part of my students. Perhaps, there is a reason that I don't teach history?