The campaign budget is peanuts

The insight was not mine. It was a friend's daughter who said, “You know who Meg Whitman reminds me of? Lucy Van Pelt!”

Suddenly it all became clear. That's right. Whitman is exactly like the self-proclaimed fussbudget from the Peanuts comic strip. She promises faithfully to hold the ball steady while California—in the guise of Charlie Brown—runs up to give it a good kick.

We all know what's going to happen if we fall for it, don't we?

Speaking of boys named Brown, Meg is both eager to remind us that Jerry Brown is one of California's historical figures and hopeful that we remember none of the historical details. While she labels him a failure, his eight years in the governor's office seem like the good old days relative to the current political and budgetary environment. In particular, Whitman wants us to think that Jerry Brown was such a profligate big-government spender that he broke the bank:


His big spending turned a surplus into a billion-dollar deficit.

Actually, Meg, the voters broke the bank with Proposition 13. Brown was an exceedingly frugal governor. So frugal, in fact, that the tax increases enacted under Governor Reagan (that's right, Reagan) were creating a surplus.

Perhaps Meg is not aware of Brown's penny-pinching history. Back in those days she was far away from California, going to school at Princeton and Harvard. More likely, though, Meg and her people are consciously distorting Brown's record. That's what politicians tend to do during campaigns and Meg has certainly become a politician, complete with a well-funded propaganda campaign.

The truth about that era of California politics is difficult for right-wingers to swallow. I remember being called a liar in 1980 during Reagan's unfortunately successful campaign for president. A Reagan supporter blew up at me when I pointed out that California budgets had grown more rapidly under Reagan than they were growing under Jerry Brown. Knowing that Ronnie was the patron saint of tight-fisted budget-slashers, the Reaganite told me quite emphatically that I was either a fool or a liar. 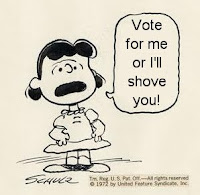 It's easy, however, to check the numbers for yourself. The California state treasurer's office in the spring of 1986 put out the Annual Long-Term General Fund Forecast that I still have on my shelf. It's replete with historical data. In 1967, Reagan's first year in office, state expenditures totaled approximately 2.939 billion dollars. By 1974, the last year of his two terms, expenditures had reached 7.245 billion dollars. On a point-to-point comparison, that's a 46.5% increase. It amounts to an average increase of 13.8% each year.

In 1975, Jerry Brown's first budget came in at $8.264 billion. Three years later, his 1978 budget (before Proposition 13 passed) was $11.612 billion. His budget increases were averaging 12.0% per year, nearly two points less than those of supposedly fiscally conservative Reagan (who would soon be running up a deficit as U.S. president).

People couldn't help notice that Jerry was spending less money than the state was taking in. The state surplus ballooned to nearly four billion dollars, an awesome amount. It helped spur Californians into voting for Proposition 13 on the June 1978 primary election ballot, slashing property taxes to the bone and putting the Golden State into a fiscal straitjacket.

The state government had not exactly stood idly by while the surplus grew and the voters got antsy. The governor's office supported a reduction in property taxes. However, a concerted effort to enact property-tax relief for California's homeowners was consistently opposed by conservative legislators who wanted it to fail. They wanted things to get worse so that middle-class voters would support an initiative written to principally benefit corporations and owners of commercial property. It worked, and California took a quick tumble into the fiscal frailty from which it has never fully recovered.

The 1979 state budget incorporated major subventions to local governments and school districts to soften the blow of the gutted property tax. As a result, that budget totaled $16.174 billion, a dramatic one-year increase of 39.3%, largely at the expense of the rapidly shrinking surplus. As the surplus dwindled and Brown reasserted his fiscal frugality—now underscored by the draconian Proposition 13—the governor ended his final year in office, 1982, with a budget of $21.522 billion. Compared to 1975, that was a 60.4% increase. Averaged out, it represented a growth of 14.7% per year.

Thus the impact of Proposition 13 pushed Brown into a position where he exceeded Reagan's overall growth rate. Nevertheless, his average ended up less than one point higher even after absorbing the 39.3% kick in the teeth occasioned by Proposition 13. It strains credulity to portray Brown's record as governor as one of irresponsible spending. As a budgetary manager, he did a good job. In light of his successors, he did a damned good job. It is endlessly regrettable that Brown and the contending forces in the legislature were unable to forestall Proposition 13 by coming to terms on a reasonable and timely property-tax relief measure. The Golden State still suffers the scars of that battle and that proposition's enactment.

Now here comes Meg Whitman to save us! She presumably knows how to solve our state's problems because she's cut from the same cloth as the people who imposed them on us. How much irony is there in her free-spending quest for political office? She spent $76 for each vote she got in the state primary. And now her general election campaign trail is carpeted with the greenbacks spilling from her deep pockets, much of that money going to a statewide media campaign that smears Jerry Brown as a big spender. 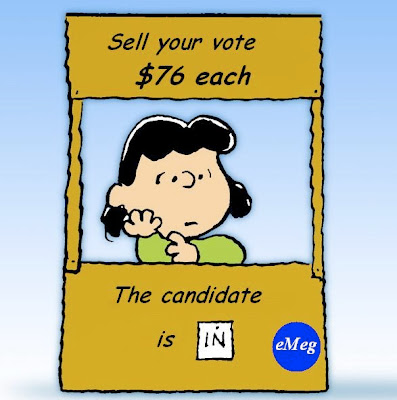 This is excellent, thank you. I couldn't put my finger on what it is about Whitman that annoyed me so much.

Are those budget numbers corrected for inflation?

Why are people so stup... errrr I mean easily fooled?

Good question, Kai. I'll check. Inflation was rather high in the late 70s, so Brown's record is even better than I gave him credit for if those numbers aren't adjusted to constant dollars.