My introductory calculus class had arrived at the section on finding critical numbers for given functions. These numbers, as you recall, provide the candidates for possible maxima and minima for the functions. They come in two forms: (1) numbers for which the first derivative is zero and (2) numbers for which the first derivative does not exist. After some practice and review of the topic, I gave my students a quiz containing the following function f(x) = x5/3 + 5x2/3.

The fractional exponents are a dead giveaway that mischief is afoot. The derivative is straightforward:

The factored form makes clear that there are two critical numbers. The factor x + 2 yields x = −2 as a number for which the first derivative is zero. The factor x−1/3 shows that x = 0 is also a critical number, since division by zero is undefined and the negative exponent is an indicator of an implied division.

It's a nice little problem that provides a critical number of each type. But one of my students was miffed when I didn't give him full credit for having successfully winkled out the two numbers. When he protested, I gently explained to him that his work was invalid. As a clever student who fully believes in his cleverness, he was certain that an injustice had been committed. “This isn't over,” he muttered. “I can prove that I'm right.”

“Go right ahead,” I said in my most agreeable tone of voice.

We huddled over his paper as he explained his solution to me. Instead of factoring the derivative after setting it equal to zero, he had divided both sides of the equation by 5/3, obtaining

“You could have factored,” I pointed out.

“Yeah, well, factoring and the quadratic formula give the same result,” he said.

“Um, sure,” I agreed, “but only if you're applying them to a quadratic equation. This equation is not quadratic in form.” 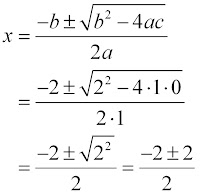 “See?” he concluded triumphantly. “When I simplify, I get the critical numbers 0 and −2. I'm right!”

“The numbers agreed with the correct answers, but it's a coincidence. The quadratic formula doesn't apply.”

He was not pleased.

“But I got the right answers!”

He fussed over it a bit more.

“So can I use this? I just showed that it works.”

“No, you just showed that you lucked out. A coincidentally correct result from an invalid process is still invalid.”

“I'll tell you one more time: No credit for lucky accidents. If you use quadratic techniques when they don't apply, you don't get credit. Besides, factoring is easier and gives correct results. Try to remember that.”

He still thinks he was cheated of full credit by a hard-nosed teacher.

I can't believe how interesting I found that whole thing to be. I need to get out more.

Then again, I'm a big proponent of getting credit for being "wrong for the right reason" so I guess I'm behind getting only partial credit for "right for the wrong reason."

There's a joke version of this in which a much lower level (ie: elementary) student is asked to simplify a fraction and uses the same type of cracked-out logic.

Of course, it probably doesn't help that this method "almost" works on any x^d + k.x^e = 0 expression - throw an appropriate power of x on and you get a quadratic. Clearly you might add or remove solutions at 0, but in this case that's concealed.

As they say, even a broken clock is right twice a day!