My life as an ignoramus

Arthur Conan Doyle famously depicts Sherlock Holmes in A Study in Scarlet as the kind of eccentric genius who manages to be oblivious of even some of the most commonplace bits of human knowledge.

The faithful Dr. Watson was quite dismayed:


My surprise reached a climax, however, when I found incidentally that he was ignorant of the Copernican Theory and of the composition of the Solar System. That any civilized human being in this nineteenth century should not be aware that the earth travelled round the sun appeared to be to me such an extraordinary fact that I could hardly realize it.

“You appear to be astonished,” he said, smiling at my expression of surprise.

Holmes was entirely unrepentant because heliocentricity was of no conceivable use in his work as a private investigator. The arrangement of the solar system was therefore mere mental clutter, more likely to get in the way than to inform.

This past week I found out who LeBron James is. I really didn't know before then. Honest. I am not kidding. Since I pay not the least attention to sports, why should I know its players?

I understand the counterargument. After all, when something is the obsessive topic of conversation in all quarters, how can one be ignorant of it? How oblivious can one be?

I confess that I have inherited some of my father's disdain for the uninformed. Dad delights in recounting episodes of Jay Leno's “Jaywalking,” in which the talk-show host trolls the streets of Burbank for clueless idiots. (It's southern California, folks. The population is plenty big enough for Jay to scoop up a great catch.) We get to point and hoot at dummies and feel superior. Most of us like feeling superior. I know that I do, although I occasionally remind myself not to let it show too much.

The media frenzy over LeBron James and the overhyped coverage of his decision to relocate (which I understand involves switching teams) has helped me to better understand how ignorance works. I am my own case study.

A few years ago I posted an item on my complete lack of interest in sports of any kind. I neither care, nor pretend to care, about whatever sport is currently on TV or at the local sports arena. My old college roommate was himself a sports nut, but we had a nice accommodation: He got immediate dibs on the sports pages that I would have otherwise discarded unread from my newspaper subscriptions and he didn't hassle me about my asportuality. Win-win, as they say.

There's an important clue in that previous paragraph. I never read the sports page. I always tossed it aside without looking at it. That's one big step toward ignorance about sports. There are others, of course. I never watched sports on television and if family and friends turned it on, I would leave the room and find something to read. If a sports report came up on the radio, I punched a button for another station.

This behavior started early and it meant I uniformly and casually shunned or shunted aside any stream of boring information about sports (and it was all boring). It became second-nature and I maintained my ignorance with scarcely any effort. Only when the fabulous Mr. James became the focus of every media outlet in the world and his story led Google News and occupied the headline on every radio station I listen to and every TV channel I watch did I finally learn his identity. It was amazingly intrusive and it penetrated my powerful barriers of uncaring.

Is this what it's like for the people who say they don't care about politics and don't even know who is the president of the United States? (Such people exist, and not only on Fox.) Is it this way for people who neither know nor care about science? And history (and are doomed to repeat it)? I seem to have learned a lesson about ignorance, which amuses me a little. Yes ... I have knowledge of ignorance. 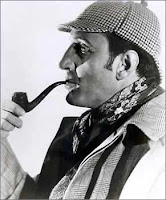 While ignorance both fascinates and appalls me, I have been one of its most assiduous practitioners. I suppose I can console myself by considering that my willful ignorance is highly specialized and confined to a very specific and narrow niche—although in a niche that is huge to most of the people around me. This I now realize in the wake of the week in which I learned who James LeBron is.

“Now that I do know it I shall do my best to forget it.”

I still don't know who James LeBron is...

Good for you, Devin!

I had to look him up in Wikipedia. I had assumed that you were talking about someone connected with that horn-blowing contest that's been going on in South Africa for the past few weeks (that is what it's about, right?).

I see I was wrong about Mr. James. Now that I know that, I (like Holems) shall endeavour to repurpose those neurons to remembering something more useful as soon as possible.

I share your studied oblivion of all major sports, with a special contempt for basketball. (In the last few years I've begun to develop an intellectual interest in baseball--particularly on the radio as an exercise in theatre of the mind--but I don't care about any particular team, and I never actually watch.)

I don't know the first thing about LeBron James.

Add me to the list of people who have no idea who LeBron James is. Of course, being female, I can get away with it more readily.

although we are not physically going to hurt you, your BLASPHEMY has cost you your SOUL....

I think DM's got a point. You should really reconsider your denial of LeBron James in view of the potential consequences. This BLASPHEMY of yours will not go unpunished.

I know even less about LeBron James than any of you so I win, right?

Let's all keep in mind that sports is entertainment. It won't cure the sick or feed the hungry, or even effect the outcome of the next election. Not knowing about LeBron James is like not knowing who Brittany is dating (who's Brittany?)

Why haven't you let LeBron James into your heart? He slam-dunked for your sins, you know.

Not caring is one thing. I don't care about the NBA, either. But that's a pretty staggering level of willful obliviousness... It should win an award.

ps - I find it funny that the capcha is delivered insecurely, and my browser won't show it to me unless I specifically instruct it to!

The only downside of not knowing who LeBron is?

You can't appreciate the delicious parody of this post.

The comments here gave me my first clue that this had something to do with basketball, though I was vaguely aware that some well-known sports player was switching teams. Before reading this posting I wouldn't have been able to tell you the player's name (which I will forget again as soon as possible). I've heard of this "Brittany" person, but haven't a clue who she actually is. Please do not enlighten me on the subject.