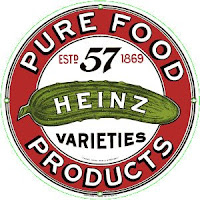 Okay, it was probably a mistake to get Dad a high-speed Internet connection. He's stumbled into tubular truth and cannot resist sharing his discoveries. He sent me the ancient and absurd Clinton Body Count list, along with the tag, “It makes you think, doesn't it?” My response was, “Yes, it makes you wonder how gullible people can be.”

Dad has now moved on to sly political humor, the kind that pokes fun at a candidate while revealing some dangerous truth at the candidate's expense. His latest find is almost contemporary, dating back only as far as last May, when a tired Sen. Obama fumbled his words while talking about the states he had visited during the primary campaign.

Obama said he's going to campaign in 57 states, and it turns out that there are 57 Islamic states.

There are 57 Islamic states!

So did Obama just lose his bearings, or was this a more telling slip, ladies and gentlemen?

KEEP IT GOING, FOLKS! Our future is at stake ... Make no mistake about it.

Our future is at stake? Because Obama got a number wrong? (Then a McCain administration would be the equivalent of the apocalypse, wouldn't it?) But right-wingers cannot resist Freudian interpretations when it comes to the verbal gaffes of liberals (even though they themselves have nothing but contempt for the psychoanalysis they so desperately need).

Dad passed along this particular nonsense with a mordant, “I wondered where the 57 came from.” That's not true, of course. I'm certain that he had never even heard of the incident until it came to his attention wrapped in several layers of wingnut Obama's-a-Muslim spin. Nevertheless, since Dad was bold enough to forward the item to me as worthy of my attention, I favored him with a reply:

Goodness! Are folks still talking about Sen. Obama's verbal slip from last spring? It has long since been known that the senator was tired and looking forward to supper, where Heinz (57 varieties) ketchup would be served. Ketchup is endorsed by the Ketchup Advisory Board and it used to be a vegetable during the Reagan administration. Sen. Obama is particularly fond of Heinz ketchup, the Democratic condiment that people across America enjoy with their freedom fries.

Lately, of course, the GOP presidential campaign is backing off on trying to make too much of verbal mistakes by Democrats because otherwise people might take too seriously Sen. McCain's gaffes about staying 100 years in Iraq, bomb-bomb-bombing Iran, considering $5 million to be the dividing line between middle class and upper class, and admitting to knowing almost nothing about economics during an election year in which the economy is tanking and Wall Street is crashing. Of course, verbal gaffes are more innocent than outright lies, as I'm sure we can all agree.

Dad appreciated my riposte so much that he's rewarded me with several days of e-mail silence. But the truthiness is still out there, and at some point I know he'll feel compelled to share it with me again. Some people, you see, never learn.
Posted by Zeno at 6:30 AM

I was rather ... surprised when I once recieved a chainmail about a terrible terrible daterape drug - from a post-grad student and sent to the entire chem. dept.

The whole description was in and of itself completely off pharmacologically and a quick googling on the silly name debunked it. Sad.
Are there even 57 Islamic states? What are Islamic states?

As for the body count I'm reminded of a Doonesbury strip on the anniversary of the (first) Kennedy assassination listing all the people who'd been made away with in the intervening 40 years.

Islamic countries, I imagine they mean. But there are only 55 (per Islamic World.net).

I've heard it said that Obama was talking about US territories, but I don't know.

What I do know is that the McCain campaign better back off the "Freudian slip" interpretation of gaffes... Glass houses and all.

When McCain can't even remember how many houses he has, the GOP can hardly be in a position to discuss Obama's verbal gaffes.

Correct me if I'm wrong, but wasn't 57 just a mispeaking for 47? Something about him having visited that many and only missing one - he wasn't planning on going to Alaska or Hawai'i (sorry, no proper okina). Well, at least not for the campaign.

Or was there some sorta confusion over ... whatsit ... the territory/commonwealth/whatever - the Spanish-speaking one. Sorry, the name escapes me.

Maybe the following web site would be helpful for you and your dad.

It does remind me of the scene in the original Manchurian Candidate, where the corrupt senator badgers his scheming wife for a single number to stick to in his diatribes against the Communist Infiltration In The DoD - and with the camera resting on a Heinz ketchup bottle, she suggests he stick to "57 registered members of the Communist Party at the DoD"...