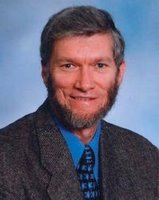 Putting the “cult” back into “culture”

The mail brings me yet another begging letter from Ken Ham, president of the Answers in Genesis ministry (also known as “AiG”). Ham is shaking the money tree once again on behalf of his organization's Creation Museum, a deluxe temple to wilful ignorance. Maybe you believe that you descended from a long line of ape-like ancestors, but Ken Ham says he never evolved at all! (And from his picture, you can see his point.)

It would never do to just come right out and cry “Send money!” Ham favors his targets with an over-wrought narrative of wicked atheists assembling to battle against God's anointed and to prey on children with their non-bible science camps. Ham is pleased to recount that God has seen fit to smite the enemy (their science camps enroll fewer than AiG's Bible camps) and their activities have reportedly backfired, garnering more publicity and contributions for their target: Ken Ham's Creation Museum.

Notwithstanding a succession of brilliant victories, Ham needs more money, so out comes the open palm and the pitch for dollars. But instead of my telling you all about it, here is what Ham says. No doubt you will be moved to tears. (It's up to you whether those tears are of laughter or grief.)
September 2006

Did you know that a camp that trains children in atheism/secular humanism started—not so coincidentally—in Kentucky, and in the same year we had a highly publicized zoning battle over our Creation Museum a few miles away?

Sad to say, these atheist camps are now spreading to other states.

Now, who would have ever thought of Kentucky as a battle ground between Christianity and humanism! We expect such battles in the highly populated liberal parts of the country—like the West and East Coasts—not in relatively conservative family-friendly states.

Ten years ago this month, Mike Zovath (our VP of the Creation Museum) was handed a copy of a local newspaper that had the following front-page headline and subhead: “Museum plans spark debate.”

We were all shocked! You see, we thought it would be easy to rezone a piece of property to build offices and a small (at the time) Creation Museum!

An atheistic organization called “Free Inquiry Group” (FIG)—headed by atheist, attorney Ed Kagin (who is currently the director of the American Atheists Society in Kentucky)—led a charge in opposing the Creation Museum

And what a battle it was! AiG was front-page headlines on and off for months! On the evening news one night, a local Cincinnati TV station led off with a story about the opposition to the museum ... and put President Clinton's re-nomination for president (at the Democratic National Convention in Chicago) as the second story.

At first, it was so obvious that most of the opposition was because we were Christians. I remember being at a public zoning meeting where one person actually said that “the separation of church and state” forbade us building a Creation Museum in Kentucky!

Think about it: a private museum … funded by private donations … shouldn't be built on privately owned land because of the (non-existent supposed Constitutional clause of) separation of church and state! Incredible!

At one of the zoning meetings, a lady stood up and pointed at me and vehemently said, “He's Jim Jones [the suicide cult leader] coming to get our kids!”

Actually, we were instead “AiG, coming to teach kids the truth concerning God's Word, praying that they would trust the Lord Jesus for salvation, and thus live forever with the Lord in Heaven!”

The reality was that the atheistic/humanistic FIG organization that opposed us was out to get kids themselves—to train them in a philosophy of hopelessness and purposelessness … and end up separated from God for eternity.

In the same year that the zoning battle began (sparked by the Free Inquiry Group and Ed Kagin, one of the FIG leaders), so did “Camp Quest” for children.

Camp Quest is the first residential summer camp in the history of the United States for the children of Atheists, Freethinkers, Secular Humanists, Humanists, Brights, or whatever other terms might be applied to those who hold to a naturalistic, not supernatural, world view.

On the same website, the Camp Quest canon states:

Camp Quest was conceived, and has been operated for the past ten years, as a summer camp for the children of the irreligious, for those who have accepted Atheism, or lack of a belief in a supernatural world, by whatever name such may be called, as a conclusion, not as a belief.

Interestingly, the average number of students attending these damps is only 20, ranging in ages from 7-17. A very small number, but no doubt will continue to grow.

By comparison, though, I think of the hundreds of thousands of K-12 students who have attended our Bible-upholding assemblies since 1996. Praise the Lord!

Ten years ago, when we were going to build the AiG offices and Creation Museum on the first property we were looking to buy, we had planned for a 30,000-sq.-ft. building, and it was 10 minutes from the interstate.

Well, the Lord allowed the opposition (led by Mr. Kagin) and the subsequent loss of that first property to guide us to a new property adjoining I-275 instead. Because of the larger, better-located property, we also decided to build a 95,000-sq.-ft. building—over 3 times the size of the original plan!

In addition, Patrick Marsh, living in Japan at the time, contacted us to ask if he could be our exhibit designer. Patrick had worked with Universal Studios, the 1984 Olympic Games in LA, Asian theme parks, etc.

Now, prior to even opening to the public, the Creation Museum has expanded even further. Because of recent research and now bigger-than-originally expected attendance, we have already expanded the café and have made a new and larger lobby (creating a portico out front).

As a result of the opposition of Mr. Kagin and others to the Creation Museum in 1996, AiG will now be reaching hundreds of thousands more people a year—with the truth of God’s Word and the wonderful message of salvation!

Truly, “… we know that all things work together for good to those who love God, to those who are the called according to His purpose” (Romans 8:28).

On the 10-year anniversary of the beginning of the battle for the Creation Museum, how we praise God for his faithfulness! The AiG ministry has grown: around 200 staff involved in many different outreaches to take the message of the authority of the Word of God—and the creation/gospel message—to literally millions.

Our website has been mightily blessed. It's this year's “website of the year” as selected by the 1,400-member National Religious Broadcasters. And the museum is nearing completion—to be open this coming spring.

As the secular media and others visit, all are amazed at what has been accomplished. The quality—the professionalism—and the fact that this whole facility can be built for only $25 million (plus $1.4 million for the recent expansion of the cafe and lobby/portico), of which $23 million has now been supplied. Praise God!

While the end is in sight to open the museum debt-free, please don't forget the many core ministry outreaches that require support through our general fund. These include the popular website, correspondence to all ages, our radio program, the new curriculum materials, video productions, speaking events, the Answers magazine, etc.

We see the Lord's hand of blessing every day at AiG, including how so many young people are being impacted. Here is a recent, wonderful testimony about a young girl and her mother that we received through our website:

“The AiG conference [near Knoxville] was wonderful. Ken [mentioned] one book in particular, A is for Adam, had more children come to know Jesus than any other [AiG book]. My ears perked up and I bought the book.

“My 4 1/2 year daughter and I read the book every day for a week. One day she looked up at me with tears in her eyes and said she didn't want to go to hell. She said she wanted to be where Jesus—and where her mommy and daddy—was going to be.

“My little girl bowed her head and prayed to ask Jesus into her heart that day. It was glorious. thank God for how you have touched our lives.”—G. D., Knoxville, TN

Thank you for using our website. It has been raised up for this time to battle the culture war at a foundational level … and take the gospel around the world (in 11 languages so far).

Your help is crucial. Your gift will help see more lives changed—as God blesses—as the authority and accuracy of the Bible are proclaimed.

P.S. Can you believe that atheists are deliberately targeting young people with a message of hopelessness … with eternal consequences for the “good” of our children?
Do not forget Ken Ham's message, gentle readers! The children won't believe in eternal happiness with a benevolent Creator unless we remedy the lack of evidence with diligent brainwashing and museums devoted to pseudoscience. Oh, and send money.
Posted by Zeno at 4:32 PM

I don't think I've ever seen the word "atheist" used so many times in a single sentence. Some atheist should send him an atheist prize.

Nor will they be reduced to tears at 4 1/2 thinking of hell.

Nor spend their whole life knowing that they are, as a person, worth precisely nothing and deserve to go to hell unless this benevolent Creator has mercy on them.

Which he will if they manage to say the right magic words.

With tongue in cheek, "Amen!"

As the Ridger says, better a message of hopelessness than a message of violent blackmail. What kind of example does that give to our kids?

Of course, the "hopelessness" thing is wrong too - as always, the fundies lack the imagination to understand that hope (just like love, intellect, morality, plus all the stuff the Devil gives us like great sex) can come from within without being conferred on us by some sort of Platonic soup kitchen.

It's just another argument from ignorance. By this point, we really shouldn't be surprised any more.