One thing Texas does right

Although Perry can't count to three

The seven-college Dallas County Community College District is one of the biggest post-secondary education institutions in the world. The legendary Bill J. Priest was present at the creation in 1965, serving as DCCCD's first president. His starting salary was $35,000, more than the governor of Texas. According to Bill Jason Priest: Community College Pioneer, a hagiography by Kathleen Krebbs Whitson, “an editorial appeared in one of the major daily newspapers in Dallas extolling the integrity of the Dallas County Junior College Board for being willing to spend the money to bring in the very best leadership for the new junior college system.”

That information piqued my curiosity, so I looked up the current salaries of the DCCCD chief executive (a “chancellor” now instead of a “president”) and the Texas governor. It turns out that Chancellor Wright Lassiter earns $271,126 and Governor Rick Perry gets $150,000 (I didn't feel right using “earns” again). Good for Texas! Educators are still out-pointing politicians.

Priest enjoyed twitting his former colleagues back in California about the support for education that he was finding in Texas. “You're working in the wrong place,” he told them. Of course, not everything about Texas was to Priest's liking, but he deftly took care of that with some judicious prevarication. His extremely generous biographer deftly soft-pedals the deception: 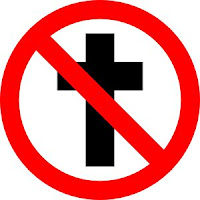 Texas was a new experience for him. He knew Texas culture by reputation only. He had never lived in any part of the Bible Belt before. It was an anomaly to him that as a routine part of the get acquainted conversation came the question, “What church do you go to?” He soon discovered that agnosticism was equated with atheism in the Dallas area. In his mind, agnostic meant he believed in a supreme being and that the universe was far too complicated a creation for there not to be a God over all. His negative experiences with fanaticism and those taking advantage of others in the name of organized religion caused him to disassociate with formal denominations that seemingly gave human characteristics to God. This explanation was far too complex to explore in casual chit chat. Since he had been reared in the home of his grandfather, an elder in the First Christian Church, Priest had attended those services with him. Based on that history, First Christian became his answer.

One might have expected a better definition of agnosticism from an educator, as well as less willingness to lie to his new neighbors, but Priest appears to have been undisturbed by it. I guess that's just what a person has to do to survive in Texas.
Posted by Zeno at 9:30 PM

Although I'm rarely asked such things, one of my favorite off-the-cuff answers is "Of course I belong to the One True Faith." Meaning, like how stupid do you think I am?

I've fantasized about replying "None of your business", or "Undecided", or "Declines to state", but never get the opportunity. Maybe people suspect something about me, so never bother asking.

I find "I'm a Humanist" puzzles them, and that gives me time to change the subject.

When I lived in the south, the first concern for a newcomer is, "Have you found a church home?" I knew the Presbyterians were the right choice when an elder invited me to lunch and we were served Tequila Sunrises.

I thought most heads of large public colleges and universities earned higher salaries than their respective governor.

...And that the head coach of the state varsity team earns more still! So, priorities still need some work in my estimation.

Holms, that can be true for mens' basketball as well as football.

Worse, at some universities even FORMER coaches are the highest paid employees, despite no longer providing services to the school, if they leave before their contracts have expired so they're still collecting on their contracts. In fact, at our university, two former football coaches are still being paid. TWO!!! (And this isn't the first time it's happened).