Today's rulings from the Supreme Court were surprisingly good, although the decision on Proposition 8 was a cowardly punt rather than a straightforward striking down. Coupled, however, with the decision invalidating the Defense of Marriage Act, the ruling against Proposition 8 means that California becomes a rich source of foot soldiers against the narrow definition of marriage. I may not be a lawyer, but I can read the writing on the wall.

DOMA is gone, so the federal government can no longer discriminate against duly married same-sex couples. The federal government can hardly attempt to deny marriage recognition to couple who marry in one state and then move to another. As long as the marriage is solemnized in a state (or D.C.) where same-sex marriage is legal, the same-sex couple's rights have to be recognized as portable. Could even an extreme ideologue like Justice Scalia argue that the couple's rights switch on and off, depending on the state in which they reside? 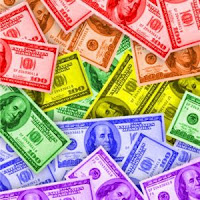 No one needs a crystal ball to see what happens next. Same-sex marriage will gradually permeate all fifty states. It cannot be avoided in our mobile society. Same-sex couples in states with anti-gay legislation on the books will schedule wedding vacations in California or other states that support same-sex marriages. There will be an economic boomlet in gay-friendly states as florists and wedding planners and honeymoon locations are showered with rainbow-striped dollars. Legislators who understand revenue better than human rights will be tempted to stanch the out-flow by repealing their bans on same-sex weddings.

The most pessimistic in the anti-gay ranks are correct: Same-sex marriage has the force of history behind it and their struggle to keep prejudice enshrined in law is doomed. Let all people of good will celebrate.
Posted by Zeno at 9:30 AM

Hooray! You USAians are slowly catching up to where we Canucks were 8 years ago ;-).

I believe today to have been the watershed moment in this struggle.

Will you have the gay cousin in LMM marry a man in your next novel? Can you make it even more hilarious than the LMM wedding?

It'll be hard to beat Catarina's wedding from LMM for uproarious entertainment! I am, in fact, noodling around with ideas for another novel, but the timeframe is tentatively 1954 to 1987, and thus not optimal for a same-sex wedding. Thanks for the idea.

It'd have to have been a domestic partners union then -- no reason for straights to get all the best comedic situations!

Of course Canada was first - we already have multicoloured money!

Shoot, I don't remember what was funny about Catarina's wedding. Fortunately, I can just look it up when I get home.

I got this summary of the Supreme ?Court's decisions from a friend. I don't know if he thought it up or got it elsewhere.

One sentence summary: Gay people can get married as long as black people can't vote.

I heard on the radio that the San Francisco Hall of Justice decided to stay open for the entire weekend just to do weddings.