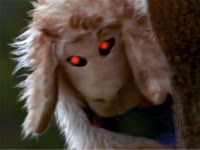 The ghost of Fiorina past

Marty Wilson was a strategist for Carly Fiorina's ill-fated attempt to oust Barbara Boxer from the U.S. Senate in 2010. He was quoted in the San Francisco Chronicle by staff writer Joe Garofoli in an article on the current presidential race. Wilson is concerned that former Massachusetts governor Mitt Romney is about to run afoul of the same problem that dogged Fiorina's candidacy:


“You've got to adequately answer the questions that voters may have about your business record,” said Marty Wilson, a chief strategist for Fiorina's campaign. “We didn't have the resources to do that, and the Boxer campaign did a good job of exploiting that.”

That can be a problem when your corporate career consisted of raising profits by stripping companies of assets and firing employees. It also doesn't help when a tin-eared Romney tells voters that “corporations are people” and “I just like being able to fire people.” (Make all the arguments you like about context, Mitt, but producing sound-bites like that suggests you lack a certain self-awareness.)

Reporter Garofoli's choice of Fiorina as a cautionary example for Romney is a good one in most ways. Her supposed business acumen did not recommend itself to a California electorate hoping for better economic times. Instead Fiorina was viewed as the modern incarnation of the robber baron—someone who reaps benefits for herself and her associates, but at the expense of the poor wage earners—many of whom no longer earned wages after she got through with them. It also helped that Fiorina made stupid campaign decisions while Boxer did not. Fiorina approved the ridiculous “demon sheep” political spots that drew mocking reactions during the primary campaign. In some respects, Fiorina never recovered from that initial appearance of goofiness.

I do, however, take issue with one of the points stressed by Garofoli in his article:


Boxer, a three-term incumbent who at one time held a 9-1 edge in fundraising, got TV commercials on the air early enough to define Fiorina as an out-of-touch CEO and defeated her by 10 percentage points. 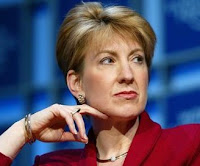 That makes it sound entirely too much as if Fiorina was swept away in a tsunami of Democratic campaign cash. Garofoli's one-point datum misses the big picture. In aggregate, Boxer spent $28 million and Fiorina spent $22.6 million. Even if you subtract the $5.5 million that Fiorina spent in the contested Republican primary (while Boxer won renomination without real opposition), the net tally is still only $28 million to $17.1 million. That's a lot closer to 5 to 3 than 9 to 1. It also doesn't take into account Fiorina's big edge in “independent” money, which involved millions of dollars of GOP campaign funds spent on TV ads attacking Sen. Boxer.

The bottom line—as business-types would say—is that Fiorina was a lackluster product in the political market. When Romney looks in the mirror, he might see Fiorina looking back at him, demon eyes and all.
Posted by Zeno at 10:30 AM

On the subject of "corporations are people", it turns out, not surprisingly, that Republicans want it both ways. I was driving to work a week or so ago, when I happened to hear some random Republican on the radio ranting about the huge tax burden that corporations carry. He went on to say "Corporations should pay no taxes at all, only people should".

I managed to not drive off the road as my jaw fell into my lap, though I really shouldn't have been surprised after all this time.

Ray, if you can recall who said it -- or better yet, find a link -- please post the info, because I'd love to have it!