The Rite of Confirmation Bias

How golden is your rectangle?

Catholic adolescents in the United States typically go through the rite of confirmation in their early teens. The diocesan bishop comes to your local parish and randomly quizzes some of the confirmation candidates to verify that they have been properly catechized (I say “randomly,” but no bishop goes out of his way to create an incident by calling on the visibly clueless). For many young Catholics, the confirmation quiz, whether they were called upon or not, is a kind of exit interview. Attendance at both catechism and mass drops dramatically after achieving confirmation. All done! (Except maybe for Christmas and Easter. And weddings and funerals.)

In my day (45 years ago), after the quiz and the formal administration of the sacrament, the bishop would also give each candidate a limp little slap on the cheek in token of the pain of human existence. Perhaps it's still done, but I haven't been to a confirmation in decades.

Two years ago, I read Dan Brown's DaVinci Code. It is a very silly book, loaded down with distortions of Catholic history and dogma (which I wouldn't have thought needed any additional twisting or distortion). Brown likes to titillate his readers with revelations of supposedly factual esoterica. It's the old “based on a true story” marketing gimmick. Not content to confine himself to religious fiction, Brown also dabbles in mathematical fiction. After reading The DaVinci Code, I wrote a post about the golden ratio nonsense it contains. In Phi: Good to the last decimal, I explained in some detail that Brown's main character offered many demonstrably untrue statements concerning the golden ratio as if they were recognized scientific facts. The golden ratio, or “phi,” is supposedly deeply embedded in our esthetic sensibilities, but it's all a crock.

Nevertheless, like any popular myth, the golden ratio canard continues to have plenty of believers. An anonymous commenter posted his testimony in a response to my original article. Read it closely. It is a marvelous example of confirmation bias.

I use phi alot. Not because it somohow magically looks good, but because it WORKS ON PEOPLE. Just look at ALL apple products. Open your photoshop, tak some golden ruler made of golden rectangles, blend it and start some measuring. Old ipod is best for this, not iphone. You will see very quickly how they do their GREAT design, which looks easy on the first look, but many people says, there is some hidden beauty in their products. And yes, there is. All their measurements are based on phi. Sometimes not exactly to spice it up, but many times yes. Check spaces around keyboard on the new macbook pro, just check it. And don't tell me now, that phi doesn't work. It works if you know how to use it and where. My opinion is that phi in art is redundant. Nothing more, nothing less. I could live without it in art. But in graphics which is supposed to make me some money? - Here is the right segment for it

Anonymous declares that golden rectangles (those whose sides have the proportion 1 to 1.618) “works on people” in some mystical (though not “magical”) fashion. Presumably this exact proportion elicits involuntary appreciation from viewers and is Apple's secret weapon. Secret weapon, that is, if one considers the iPod, not the iPhone. (Pity, that!) Does Anonymous care that Apple strays from the golden ratio even in its iPod family? 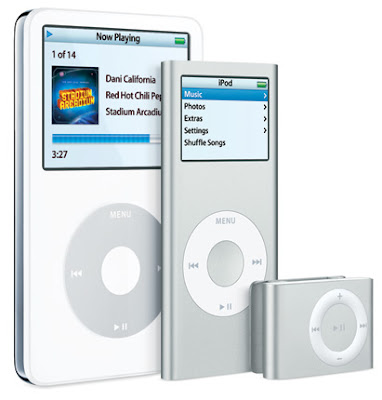 Anonymous is already busily filtering the data. “All their measurements are based on phi,” he says. Unless, of course, they're not: “Sometimes not exactly to spice it up but many times yes.” And therefore many times no.

Martin Gardner famously debunked the same sort of nonsense about the Great Pyramid in Giza by whipping up a similar whole-cloth mythology for the Washington Monument in D.C. It always works the same way: One collects huge amounts of data and then filters out anything that doesn't fit. If the original collection is large enough, the residue is certain to be quite impressive to those who don't know any better.

Anonymous made his task easier by laying claim to golden ratio efficacy even in the absence of the golden ratio. That really opens things up. Consider what happens, if we are allowed to fudge the ratio in a golden rectangle by 5% or 10%. We get an impressive array of rectangles that are “close” to golden. With a loophole that big, it becomes easy to generates lots of compliant examples. The variation comes perilously close to turning even the iPhone golden. Behold! 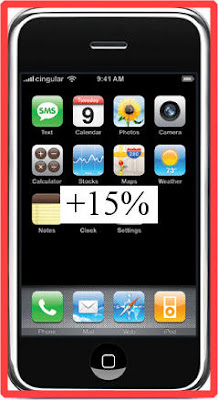 They'd stopped with the slap by the time I was confirmed fifteen years ago in the Archdiocese of Baltimore. But I heard about how they used to do it from a friend of the family, who also told this one anecdote.

It seems that where she grew up in Rhode Island, the catechumens would kneel at the rail (pre-VatII) and His Excellency would go down the row giving the girls a tap and the boys a rather hefty whack with some follow-through. One mischievous boy, however, got it in his head that when his turn came he'd duck. And so when the time came he ducked and the swat sailed over his head. However, His Excellency was not entirely amused and, without dropping a beat, held his ground and his hand at the end of the follow-through. When the kid thought the danger had passed, he raised his head again, at which point came the waiting backhand, which threw him backwards into the front pew. Nobody tried ducking again.

I'm a good old Lutheran schismatic, but still confirmed. Never been much of an individual ...


Funny - looking at your examples, the exact φ looks less attractive to me than the -5% and +10%.

Note that φ is very close to the conversion factor for miles to kilometers (1.609). Perhaps this could be used as a justification for the US to finally adopt a real system of measurement?

Hi, DM! Too bad you are one of those idiots who thinks everyone who disagrees with him is a liar.