I get borking mail 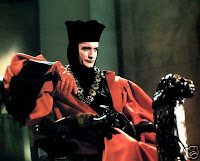 You remember Robert Bork, don't you? Before he turned into a verb, Judge Bork was a member of the bench for the U.S. Court of Appeals. He was also the last nominee to the Supreme Court to have been denied confirmation by a vote of the U.S. Senate (58 nays to 42 ayes). As a result of losing his first choice, President Reagan ended up appointing Anthony Kennedy to the high court. Thus we acquired an unpredictable swing vote in the Supreme Court instead of an absolutely reliable exponent of right-wing jurisprudence. And to everyone's surprise, Kennedy later penned a majority decision in the Lawrence v. Texas decision that struck down sodomy laws. Kennedy also declined to overturn Roe v. Wade, which Bork would happily have done.

So whatever happened to old Bob? He dropped any pretense of sweet moderation the moment he was denied the brass ring, began playing the martyr before meetings of conservative political groups, and even favored us with such book-length screeds as Slouching Towards Gomorrah.

And now he's become my pen-pal.

Or, more to the point, Bork has been shilling for the Catholic Family & Human Rights Institute, which is devoted to making sure that family & human rights don't get extended to people of whom Catholics don't approve. But perhaps it's best if I let Bob tell the story:

Let me introduce myself. I am a former federal appeals court judge. Since leaving the bench I have been occupied as an author, teacher, and lecturer in defending our Constitution and the Republic it supports.

Bob considers me his dear friend. I feel all warm and fuzzy.

I write today to warn you of a major threat to our constitutional republic coming at us from the United Nations. There are groups of nations and nongovernmental organizations (NGOs) pressing radical social and political policies that would undermine both our sovereignty and our culture. They have had some success.

Oh, oh. Now he has me frightened!

Three years ago, for example, the Supreme Court made homosexual sodomy a constitutional right.

By golly, he's right! The Supreme Court gave gay people the same right to engage in sodomy as straight people used to enjoy exclusively. Did making it legal take some of the thrill out of it?

In 2005 the Court made it unconstitutional to give the death penalty to a killer, no matter how vicious, who was a juvenile at the time he murdered. 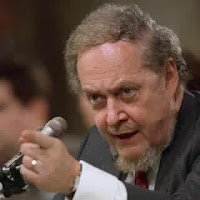 Imagine that. We have been denied the right to execute children. No wonder Bob's upset! He has both a bee in his bonnet about the ban on killing juveniles and a burr up his behind about legal sodomy.

Where is he going with this?

Neither of those decisions is justified by the Constitution. But in both cases a majority of the justices used UN documents to justify decisions that undercut our sovereignty and override the democratic decisions of Americans.

Well, tsk tsk say I! Tsk tsk! Imagine the high court taking seriously the notion of “a decent respect to the opinions of mankind” in drafting its decisions. I am frankly shocked. Surely there can be no precedent for such an evil doctrine.

The good news is that there is a group at the UN working full time to expose and stop radical UN policies and thus help preserve our Constitution and Republic.

Is it the Justice League of America?

The group is the Catholic Family and Human Rights Institute (C-FAM) headed by my friend Austin Ruse. I strongly endorse their effort and urge you to support it.

So ... not the Justice League of America?

C-FAM was founded in 1997 precisely to stop UN radicals from foisting anti-life and anti-family policies on the United States. They have had many victories and no other organization is doing their work. 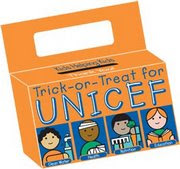 The UN has “anti-family policies”? You mean that UNICEF business is just a front?

Much of the radical UN agenda is aimed directly at Christianity and particularly at the teachings of our Catholic faith.

Now this is scarier than ever. What could the UN possibly be up to that would be more damaging to Catholicism than the activities of its priests and bishops? Surely something pretty damned heinous!

Please help Austin and his faithful team with the most generous gift you can give today.

Damn. Bob isn't going to tell me. He's grubbing for money for his buddy Austin. (And here I thought that I was his “Dear Friend.”)

Fortunately, Austin sent me a letter in the same packet. Maybe Austin will tell me some details about this UN threat to our society.

Yikes! It's six pages long! Austin is a loquacious fellow, isn't he? Let's see if he cuts to the chase somewhere. (I grow weary, since it's difficult to sustain a state of righteous terror and indignation for more than a couple of minutes. Bork and Austin have clearly had a lot more practice than I have.) Let's see. Austin says,

“So-called”? I think they actually tend to call themselves “gay” rights groups, but perhaps Austin has researched this more carefully than most people.

And the actual agenda? At last Austin spills the beans:Wow! I support all those goals. I guess I'm on the other side. Sorry, Bob! Sorry, Austin! (No contribution for you.)

Maybe I'll send some money to GLSEN instead.

The part about the justices citing UN documents is bull. Kennedy only cited a European court decision in Lawrence v. Texas to counter the claim in the previous ruling on anti-sodomy laws (Bowers v. Hardwick) that sodomy is universally condemned in western culture (which should be irrelevant to the case anyway).

And only the religious right could get upset about the fact that we're not allowed to kill children.

So, the ban on executing children. Is that "anti-life", "anti-family", or just "aimed directly at Christianity and particularly at the teachings of our Catholic faith"?

Tiger, I am shocked that there was an inaccuracy in Bork's letter.

Taz, there appears to be a school of thought within Catholicism that you can do whatever you want with children, so forbidding their execution is unduly intrusive.

That cleared things up for me. I couldn't see how not executing kids is "anti-life", but of course I should have been thinking "anti-family" instead.

And "anti-Catholic", assuming the kids in question are protestants &c.

Typo: the vote should be 42 ayes and 58 nays. Either that or some senators voted twice. (Wouldn't put it past them.)

I love your blog, especially the stories from your classes and those about your family.

Typo is corrected, Anon. Thanks.

And thanks for the good word.

Are you going to let Bob and Austin know?

And some people still think poor Bob was railroaded--Sheesh!

Bork and the Catholic church have precedent for advocating the killing of children. Of course they get their premise from the Bible. Jehovah killed or ordered the killing of hundreds of children in his 'good book'. Indeed, parents could stone their children to death for so much as talking back to them. So, it's no surprise the man is still living in the Bronze Age. After all, his cues comes from that time period.

Err...Isn't the Catholic Church opposed to all capital punishment? So why is Bork complaining if the Supreme Court brought the US more into line by outlawing the death penalty for a certain class of criminals? Shouldn't he be happy about this?

Yes, Tom. It's part of the "Culture of Life" that Republicans like co-opting as a dog whistle when talking about abortion, but forgetting the rest of the time.

This is one of your best posts yet. The tears of laughter are in full flow here, and patrons of the Denver Airport sitting in the vicinity are looking at me strangely.

Which of course inspires me to wonder, when did laughing out loud become something worthy of public scrutiny? Is it because people secretly wish they were in on the humor?

Anyway, great post, and damn funny, too. Sometimes you have to laugh, because if you didn't, you'd go crazy.

At least he was a good and reasonable person back during the Nixon administration. :-P