This, too, will pass 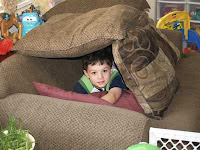 But will the students?

I had dutifully substituted for Professor G several times during my first two years at the college. Since he routinely exceeded the department's budget for substitute teachers, he avoided hassles with the dean by keeping his subs “off the books,” vaguely offering to square things by returning the favor at some indeterminate time in the misty future. I was warned by the older hands in the department that the misty future would never arrive, but I was unperturbed. From one perspective, an untenured faculty member doing unpaid substitutions is being taken advantage of. From my own perspective, it was an investment, ingratiating myself with the senior member of the department.

As soon as I achieved tenure, however, I became unavailable for any further unpaid substitution services. Professor G was philosophical about the loss of his pinch-hitter and smoothly transferred his attentions to the newer arrivals on the faculty roster. It was an old game to him and he was its past master.

Perhaps both of us welcomed the transition. It had become increasingly difficult for me to smother my light under a bushel basket in his presence. He certainly noticed when I could no longer treat his oracular pronouncements as received wisdom. He had an oblique manner that made it much too easy for me to blurt out my unvarnished opinions.

“You know, Zeno, some people feel there's valid evidence in favor of reincarnation.”

“Yeah, I do know that, Porf. I've got some people in my own family who take that sort of nonsense seriously.”

I realized even before the grimace appeared on his face that I was inadvertently mocking him as well as my woo-woo family members. Oops.

But there was worse.

The dean on one occasion remarked to me, “There are time, Zeno, when you really remind me of Porfirio.”

“I beg your pardon? How is that even possible?”

“It's the way you talk,” she explained. “You and Porf are always using big words.”

I paused for a full beat.

“Okay, I can see where it might seem that way, but there is a definite difference. I use the words correctly.”

My witty riposte blazed through the departmental grapevine to Professor Gigante's ear. He was not pleased. Thereafter, it seemed to me that he was adding just a bit of extra stress to the more uncommon words in his speech, as if daring me to contradict his usage. I resisted the temptation.

But, yes, he was still wrong.

The end of the semester arrived and finals week began. The usual schedule was out the window and class times were rearranged to accommodate the longer periods devoted to final exams. I peeked into my classroom in advance of the appointed time to verify that the previous class had finished its exam and I could get ready for my own students' final. I observed that a few stragglers were still at their desks trying to finish up. I also noticed that the problems for their final exam had been written up on the board, immediately identifying the class as one of Professor Gigante's. He never handed out exams on paper, preferring to write the problems on the board at the beginning of the period. From my vantage point outside the entrance, I did not see the professor himself, but I assumed he would soon appear to wrap things up and clear the room for its next occupant.

I went to my office to pick up the copies of my final exam and returned several minutes later to the classroom. The previous exam period was now officially over and my class was due to start in a few minutes, so I ventured serenely into the room. Three students were still scribbling desperately away, their teacher not yet having collected their exams. I noticed with dismay that Gigante's problems were still distractingly scrawled all over the boards. And then I noticed that the man himself was actually in the room.

Gigante had repaired to the back of the room and pushed a bunch of desks together to make himself a kind of fort. He was ensconced in his citadel amid stacks of exams, which were spilling across the multiple desks he had commandeered. He had, in fact, started to grade the finals as they were being handed in. He was still grinding away as I stood hesitantly at the front of the room. Before I finally decided to say something, Gigante deigned to look up.

“You aren't going to use the board, are you?” he asked.

Gigante grudgingly extricated himself from his bastion and attacked the boards with the eraser. It took him a couple of minutes to clear the whole thing, since there was an entire final exam written up there. I had no intention of writing more than a line or two about when final grades would be done and where I would post them, but I wasn't telling my colleague that. It was my room now and I wanted the boards cleared of distractions.

Gigante's lingering students noticed that a new instructor was taking possession of the room and hastened to deliver their finals to him. He gathered them up, strolled back to his desk-fortress, and sat back down.

Now I was really nonplussed. My students were arriving and finding their usual places in the room, ready for their final exam. A few, however, were hovering anxiously. They were the students whose customary desks had been pushed together to create Professor Gigante's exam-grading ramparts and they didn't know what to do. Eventually they tired of waiting for the senior professor to notice their anguish and settled for the remaining unoccupied guests. Fortunately, the room had capacity to accommodate all my students, despite the loss of the territory annexed by my colleague for his own purposes.

I distributed the final exam, gave my students a few pointers, wished them luck, and started the test. They got to work while I took roll. Two students were missing. One was a certain F and I was not surprised that she had decided to skip the final. The other was a surprise. My office was nearby, so I ducked out of the classroom to check my phone messages. (We didn't have desktop computers in those days, so e-mail was not an option.)

On my way, I ran into Sam, another senior faculty member. I unburdened myself to him.

“Sam! You will never guess what Porf is up to!”

He smiled at me in his mild-mannered way. “I'm sure you're correct, Zee. I can never predict what Porfirio will do.”

“He had his final exam in the same classroom as mine. My final exam started several minutes ago and he's still in there! He pushed a bunch of desks together to hold his tests and he's sitting there grading them while my students are taking their final.”

Sam's smile broadened while he slowly shook his head. “Well, Zee, there's something you might want to keep in mind. Eventually you're going to retire, and then you won't have to deal with him anymore.”

He delivered his advice in a perfect deadpan. I blinked at him for a couple of seconds and then burst into laughter.

“Thanks, Sam. I appreciate the perspective.”

My equanimity restored, I calmly presided over the remainder of my final exam, ignoring the occupying force in the back of the classroom.

And I swear (I swear!) that it was merely a coincidence that the next year Professor Gigante got relocated to a much smaller office.
Posted by Zeno at 8:30 PM

So what had happened to the no-show?

Had prof Porf turned them away?

It was many years ago and I don't exactly remember, Sili. I think the no-show turned out to be a late arrival. Even after decades of teaching, I have a very short list of final-exam no-shows (that is, no-shows who would have passed the class if they had bothered to take the exam). The vast majority of students who don't come to the final exam are failing students who have accepted that miracles are not going to happen.

I perhaps understand your frustration at the senior prof's actions, but your own actions in this instance appear petty.

While annoying, you admit that you really did not require the board space to write out a few instructions. Secondly, I fail to understand how the senior prof's sitting in the back of the room disturbed your finals exam. I would think that a college student should be able to change his seat without untoward emotional truma.

You have only demeaned yourself.

Thank you for your comment, Continuum, but you should consider the concept of professional courtesy. It was not my colleague's classroom. It ceased to be as soon as his class finished its final. He had no basis for assuming that I could spare three or four desks for his exam-grading fort. Fortunately for my students, there were enough desks to accommodate them despite the territorial pretensions of my senior colleague.

Furthermore, I did use the board to share information with my students (as I described). Even if it was only a few lines, I didn't want it lost in the midst of my colleague's scrawled final exam. And what are students to think when they walk into a classroom and the boards are full of math problems? That stuff needed to be erased.

My colleague's actions were rude and presumptuous. I would have been within my rights to demand he leave, but I preferred not to make a point of it in front of my students. They're keyed up enough on final-exam day (which is another reason not to deny them their customary seats) and don't need any further disturbances. I did the best I could to minimize that despite my senior colleague's lack of consideration.