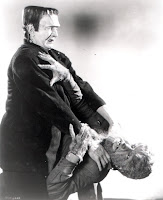 Sometimes it is impossible to choose sides. I mean, do we really care whether Mothra defeats Godzilla or vice versa? Does it actually matter whether it's the Wolfman or Frankenstein's monster who emerges victorious? That's the ambivalent feeling I have while observing Michael Voris locked in mortal combat with Bill Donohue. Both men are such perfect exemplars of shallow, sneering sanctimony that Mime's fervent wish from Act II of “Siegfried” comes to mind.

Voris has a well-honed more-Catholic-than-the-pope shtick working for him. He eagerly awaits the imminent Church schism that will drive out the insufficiently devout “cafeteria Catholics” and leave a small but fervent remnant of the ultramontane. Only then will the greatly reduced but greatly purified American branch of the Roman Catholic Church finally be cleansed of the taint of the heresy of Americanism—that vile doctrine of separation of church and state once embraced by the notorious John F. Kennedy but recently denounced by the virtuous Rick Santorum. (Yeah, that's right. There's a segment of modern Catholicism in the United States that regards Santorum as superior to Kennedy.)

Normally Bill Donohue of the Catholic League would not have much to say about Michael Voris. Donohue, after all, is much the greater public figure, a familiar face on television whenever he imagines that the Catholic Church is being unfairly maligned. If anything, Donohue might be inclined to give Voris a condescending little pat on the head (Don't muss the hair, Bill—or whatever that is!) and encourage him to keep up the good work. But recently Voris has been attacking Donohue, and sweet old Uncle Bill can't quite bring himself to ignore it. Those flea bites are getting itchy!

You can almost taste Voris's jealousy of Donohue's high profile as he describes the Catholic League's president as a member of the “Catholic elites”: “you see and hear them everywhere as they appear on and run TV, radio, newspapers, and many magazines.” [Subtext: And all I have is this lousy YouTube channel! And my greatest hit rates occur when Pharyngula readers come to mock me!]


Last week Mr. Donohue appeared on the Lou Dobbs show on Fox News and absolutely ripped honest Catholics who are concerned over the scandal of Obama having been invited by Cardinal Dolan to the Al Smith dinner in New York.

Hint: Voris numbers himself among those “honest Catholics.” This diatribe is just one small segment of a much longer rant titled “Obama and Peasant Catholics,” available on YouTube as part of the ChurchMilitant.TV channel (for all of your right-wing extremist Catholic enjoyment).

In response, Donohue deigned to notice Voris's existence, although not by name (perish forbid!). The Catholic League issued a statement attributed to Donohue, here excerpted: 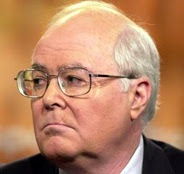 It is customary, though not compulsory, for the New York Archbishop to invite the presidential candidates from the two major political parties to the annual Al Smith Dinner in New York City. This year both candidates will be there. Some are not happy with these choices, especially the decision to invite President Obama. Cardinal Timothy Dolan has not been shy about his criticisms of the Health and Human Services (HHS) mandate, yet he decided to rise above the politics of the moment and allow the presidential candidates to partake in this charitable event.

On the August 9 edition of “Lou Dobbs Tonight” (Fox Business Channel), I vigorously defended Cardinal Dolan’s decision. I talked with him earlier that day about this issue and found, unsurprisingly, that the New York Archbishop wasn’t budging in his conviction that the HHS mandate must be fought with every tool we have. His resolve is unflinching. For me, that was the bottom line. But not for others.

If Catholics want to change the culture, they need to engage it.... Acting diplomatically may at times make for a hard swallow. But following protocol is not analogous to prostituting one’s principles.

I hope this makes it clear. If Donohue had any principles, this would not compromise them. Here endeth the lesson.

But I'm sure the noise will continue.

Oooh you tripped one of my usage peeves. "Ambivalent" doesn't mean having no strong opinions; it means you have very strong, contradictory opinions. In this case, if you had an ambivalent feeling about Voris vs. Donohue it would mean you strongly support both of them, but realize that only one can win.

Or he strongly despises both of them.

Zeno, which do you think is more hazardous to the world -- a large church comprising a range of Catholics, or a small but ideologically pure one? I do understand why my dad and uncle bailed in their youth...

Devin is right: I hate them both. The quote from "Siegfried" is "Oh, if only they would destroy each other!"

Kathie, today's U.S. Catholic Church is large and full of internal conflicts. One bishop quietly reported that he was sure that most of his brethren voted for Obama, who is practically the anti-Christ in conservative Catholic circles. If the Church were rendered down to his hard, indigestible core, the remaining extremists could conceivably be more dangerous, but might also be few enough in number to be impotent. I have no idea which way it would go.

So-called cradle Catholics are leaving their ancestral faith at a significant rate, for either other religions or none at all. But for immigrants, the Catholic Church would be hemorrhaging major numbers.

And here's an alternative illustration for your post:
http://media.photobucket.com/image/frog%20heron%20strangle/epiac1216/NeverGiveUpCartoon.jpg
OR
http://rlv.zcache.com/never_give_up_frog_choking_heron_shirt-p235652918644350536qnkh_525.jpg

Stumbled on your blog...

Just wondering which position you are adopting....

I'm not sure you really mean it when you say you 'hate' Voris and Donohue. I hope you don't!!

I am not a Catholic, although I was raised as one. The Al Smith dinner is a fundraiser, not a communion service. If the archbishop of New York wants to make it as successful as possible, inviting the presidential candidates of both major parties makes sense, whatever their personal opinions or policies might be.

In general, I regard "hate" as too strong a term and prefer to say I regard both Voris and Donohue with contempt. Voris is a close-minded prig and Donohue is an uncharitable windbag.

Voris is only declaring what the Church holds to. I suppose you see the truth as closed-minded because it doesn't leave room for error. Donohue is largely a joke that comes off as a major bumpkin. He's an apologist that would justify the pope having an affair on the side merely because there is some association with the Church. Voris at least slams clergy when it proves necessary. And believe me, it's very necessary. I would much rather listen to his Vortex than some of the absolute garbage coming from the National Catholic Reporter.

It boils down to this: if you aren't a truly practicing and believing Catholic, you won't agree with the doctrines and dogmas of the Church and thus you'll disagree with much of what Voris says. I don't always like the guy's attitude, but in general, you can't accuse him of being wrong. But of course, to the American Patriotic Church of Nice, holding to the truth is extreme, especially if it makes another person feel bad. Lighten up on that commitment to the truth, deny it, lie a little and sell your soul for 30 pieces of silver if it means someone won't be offended.

And btw, Voris wasn't smacking down Donohue out of some jealousy for the guy. That's your baggage and puts your seething envious character on full display. Besides, Donohue is a relic no one knows about. Too many petty attacks here and no real substance. Why don't you question the liberal status quo once in a while.

I'll give you this much, Bob the Chef: Voris is spouting orthodox Church doctrine. Of course, he does it as narrowly as possible. No doubt he eagerly awaits the era when the Church is reduced to a remnant of hardcore believers like himself, presumably after a tsunami of mass excommunications (while he munched popcorn in the gallery).

You are, however, completely wrong about Voris versus Donohue. While Voris is preaching to a very small choir, Donohue performs his curmudgeonly routine before millions. No one interviews Voris on mass media but every major news outlet gives Donohue regular platforms for his views.

So much for your grasp of reality.