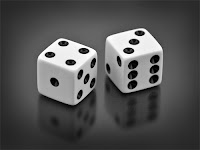 This really crept up on me: the seventh anniversary of the launching of Halfway There. I started this blog shortly after completing my third and final stint in graduate school, needing to do something to keep my powerfully over-educated brain busy. Either that, or to sublimate my compulsion for keyboard pounding.

It's often been fun, although occasionally disappointing. How can certain segments of the world resist the rationality of my pellucid prose? Yet I strive to avoid the conclusion that people who disagree with me are either foolish or evil (although occasionally they seem to be both). Such a conclusion would be bad for amicable family relations, seeing as so many of my relatives insist on doing silly things like supporting the right-wing policies that suck the marrow from their bones. But I preach at them in vain just as they do at me (except, of course, that I use truth and they use falsehood).

In recent years the sublimation of my keyboard-pounding jones has taken the form of novel-writing, but one modestly successful publication is not likely to be the start of a burgeoning career in fiction. Perhaps after the movie rights are sold or the opera version has its premiere. We'll see. In the meantime, school is back in session and it's only a matter of time before a few more “weird student” stories are collected.

And maybe we'll make it to the 8th anniversary.
Posted by Zeno at 9:00 PM

I certainly hope you keep it up. I've just passed three years of blogging and am approaching 1,000 posts. I haven't yet resorted to telling stories about my encounters with students, but yours are so entertaining and instructive that I'm tempted to give it a whirl.
Joe Willis, blackoaknaturalist

Congratulations on another year, Zeno. I may be just a burgeoning grad student myself, but your tales have always been entertaining. Thanks for the laughs over the years.

Congratulations on another year, Z. I certainly hope you make it to the 8th anniversary. I've been reading for 4 of those years, and still look forward to every entry. I admit I particularly look forward to stories about students or your family, which never fail to make me laugh. I hope your new found literary fame doesn't dampen your enthusiasm for blogging.

Seven years? Are you sure? I thought Halfway There appeared on the scene around 2005, which is only, oh, about, let's see... Evidently that's a full seven years ago.

No matter how many years, on this anniversary I'll offer my congratulations, too, and thanks for so many great essays on so such a varied range of topics. You're an island of sanity and clear thinking, Zeno, with plenty of wit and insight that makes the visit to this island a real pleasure. Here's hoping for another seven years, and maybe another novel or two, as well.

"HT to HT"? Does that mean the blog will only make it to 14? Say it ain't so. Of course, goodness only knows what sort of as-yet-uninvented social media we'll be using by 2019.

Parabéns no romance (Congratulations on the novel). An opera? Hmmmm, I'd think the book's better suited to a TV mini-series. Time to knuckle down on your next work of fiction, though.

I hope the anniversary doesn't result in your getting a 'seven-year itch'! I'd like to think HT will be here for, well, ever.

Thanks to everyone for the encouraging words. Although I do not post as often as I have in the past, I still frequently think of topics I'd like to discuss and can't imagine abandoning the blog any time soon.

Thanks for another year of great reading and congrats on being published. Can't wait to get my hands on a copy!