Too much of a good thing?

California community colleges are a mixed lot, lacking the kind of central authority enjoyed(?) by the University of California or the California State University. Instead, the Golden State's 112 two-year colleges are broken up into 72 largely autonomous districts. The colleges have various reporting requirements to the state chancellor's office, but the chancellor has minimal direct authority over any of the individual colleges or districts.

That makes things more exciting. Community college districts don't march in lock-step. We wander in all directions. Sometimes the results aren't pretty, as when Compton College ceased to exist. (It lost its accreditation and was reduced to an educational center under the administration of neighboring El Camino College.) Or you can be like Sierra College and suffer from a fractious board of elected trustees who fire the president and spend as much time on political posturing as setting educational policy. Then there's Solano College, which played a game of brinksmanship with the accrediting authority for community colleges until a state-appointed trustee was imposed on it and an interim president was brought in to kick butt and stabilize the situation.

Normally, the less excitement you have, the better.

My friend Steve is mild-mannered and usually doesn't brag about how boring things are at his school, but it's difficult to remain modest when other school districts are cutting programs to the bone and yours is hanging in there. He has enough seniority now to fear no lay-offs, but Steve tells me they're not in the works at American River College and the other Los Rios institutions. (Apparently Los Rios did something weird and socked away a bunch of money in a contingency fund, into which they are now dipping. Unheard of!)

Steve admits that even the Los Rios colleges have to deal with reality in the Governator's dystopia, cutting back on class offerings and reducing (or eliminating!) teaching loads for part-time faculty and limiting overload teaching by full-time instructors. The lengthy budget crisis is taking its toll and now Los Rios faculty and staff are looking at creative remedies: pay cuts!

Faculty salaries are a big-ticket item at any college, of course, which is why cuts have already been imposed on UC and CSU campuses—generally by means of mandatory unpaid furlough days. Sierra College has similarly trimmed work schedules and salary costs. According to Steve, the idea for pay cuts in the Los Rios district actually came from a faculty member, not an administrator.

It appears the idea is that a voluntary pay cut would free up cash to support retention of class sections and adjunct faculty. (I hope the faculty gets a written guarantee that's where the money would go before they cough up part of their salaries.) Some members of the Los Rios community are willing to argue they are overpaid, so it would be easy to give up a little of the “excess.”

Steve forwarded to me the most compelling argument in support of the claim that he and his colleagues are too richly remunerated. His cover note suggested that Steve was not entirely persuaded by the message writer's logic. Behold:

Subject: RE: Pay cuts are the answer!

I must agree with Professor C. I have been an adjunct instructor at ARC since roughly 1963 and I still love it. I have said that I would be willing to teach for nothing. Actually, I did teach one class for nothing and believe my students felt I was worth every penny of it. It is the only class I ever taught where I had more students at the end of the course than at the beginning.

I believe a 5%-10% pay cut is fully justified. When a colleague died at Sierra College a few years ago, I taught one of his classes for 20% less than ARC pays me and was happy to do it.

One way to tell that "the talent" may be overpaid is by considering the turnover rate. When an instructor quits at ARC, it is talked about for years. One professor at Sierra College told me that in the years from 1996 to 2004, exactly two professors had quit. One joined her husband who had been hired at Chico State and the other was hired by the Air Force Academy. How does this compare with the turnover rate at almost ANY other business?

You follow that line of reasoning? Excessive job satisfaction is evidence that monetary compensation is too high.

It makes a cruel kind of logic. Surely it would be more cost-effective to churn the faculty regularly by setting salaries as low as possible. Instructors would always be leaving and a big fraction of the faculty would always be on the first steps of the entry-level salary scale. Savings galore!

This concept could undoubtedly be extended to the banking industry, where we can tell that salaries are currently too low because the top executives in the financial sector don't stay in their jobs very long.

By the way, Steve pointed out to me that the above message was written by one of his colleagues in the econ department.

Maybe I'll sign up for a class when he teaches it for free. 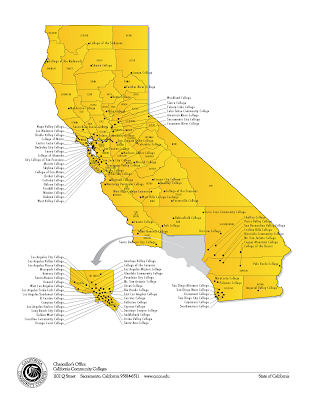 I'm unpersuaded that a hobbyist teacher -- I say this because if you have been an adjunct for 40+ years, sometimes teach for free, and have the time to pick up spare classes you've probably got a 'day job' -- can fairly evaluate whether or not all of the other faculty are overpaid.

I have hobbies too, some of them I'm quite passionate about and quite good at, but if the cost to do them changes a little bit, it's not a big deal to me because they're not what mean the difference between having enough income or not. The ones that pay are just dessert, not the meal.

It's interesting to me that both of the quitters that the letter writer cites left for different academic jobs, not higher paying industry jobs, of which there are plenty. At a good school, someone quitting is an event the same way that someone leaving a family business is. That doesn't mean that those who stay are overpaid, only that they love the place, the work, the people.

higher paying industry jobs, of which there are plenty

My Ph.D. and I are here to tell you that this is either highly dependent on your particular field, or you're nuttier than DM.

Yes, it depends on the field, country, region of that country, and your contacts within that field. The situation is also somewhat different for Ph.D. holders at present, but in my experience while they (Ph.D. holders) are not rare at the community college level, the bulk of instructors hold a master's degree.

Most of my industry contacts still come from having worked in the industry, not from going to school. I would be hard-pressed to find an industry job based on academic work alone.

Let me say that I mean relative abundance, not absolute. The instructor/student ratio alone guarantees that most students cannot end up working as instructors and must do something else.

Perhaps the statement should be amended to "of which there are plenty more than there are academic jobs open to those coming from teaching at a community college".

Or maybe my own situation is coloring things -- I've got enough industry (software programming) work to crush my soul if I want it, but in education I'm having a hard time finding anything more reliable than sporadically teaching a few classes as an adjunct.

maybe my own situation is coloring things

Pretty definitely. If you've already got industry experience, industry will hire you. If your academic career stalled and you're looking for other work, you're untouchable.

There are a few other one-way trap doors, too. For example, if you're at a university and decide teaching is more rewarding than research, you may be able to snag a full-time teaching job at a community college (where research is not in the picture). You can't, however, ever expect to go back. The community college environment doesn't leave you much space for establishing a body of research that would make you attractive to a university. Too much else to do.

I think you're all missing the most important part of this hilarity:
Actually, I did teach one class for nothing and believe my students felt I was worth every penny of it.

This econ professor just valued their own work, and the appropriate valuation of it by their students, at zero.

Yeah, Equinox, that was one of my favorite parts, too.