Communists under our bed again 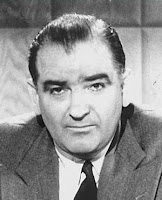 In the land of the delusional, the craziest shall lead. At least, that seems to be the take-away message from the latest installment of the GOPUSA electronic newsletter.

What? You don't get the GOPUSA Eagle in your in-box? You really should (provided your doctor has prescribed effective meds to control blood pressure and you have no known aneurysms).

The January 4, 2010, edition is the usual screed decrying the excesses of the “Democrat Party” and (prematurely) celebrating the resurgence of the Republican Party. (These creeps always get their own party's name right, but they love distorting the name of their rivals in the grand tradition of schoolyard bullies.) The GOPUSA Eagle proclaims that it is “Bringing the Conservative Message to America.” Not to put too fine a point on it, the message appears to be

We are batshit crazy!

The headline story in the January 4 issue is “Don't Like the Message? Don't Shoot the Messenger,” which contains this charming sentiment excoriating the Obama administration:

Rather than put their “tax the rich and give more power to government” philosophy up against their opponent's political beliefs in an open forum, their strategy is to personally discredit their opposition.

The stench of hypocrisy makes it difficult to breathe, doesn't it? I'm sure we all remember the way they cherished the “open forum” approach when they packed town hall meetings last year with their screaming right-wing adherents.

But perhaps those hysterical anti-government screamers were just independent nutcases. Maybe it's wrong to blame the Republican Party for the teabaggers, many of whom voice disdain for the GOP because it's not “conservative” enough. But then one discovers that the GOPUSA Eagle newsletter welcomes opinion pieces about a teabagger takeover of the apparatus of the Republican Party. Exhibit A is an article by the estimable Henry Lamb (whom I estimate to be recently escaped from a loony bin). Here's what Henry has to say:

The nation's most important New Year's resolution is to remove the Marxist majority in Washington. The most important question facing the nation is how to do it. There can be little doubt that the national sentiment opposes the Marxist policies being imposed by the current majority in Washington. Poll after poll, after parade, after Tea Party vividly demonstrates the nation's frustration with Obama's “fundamental transformation of America.” Removal of this majority will take an extraordinary effort from people who are willing to put the nation ahead of ego, and work together to achieve the common goal.

That's right. Henry Lamb is on record as being unable to discern any difference between the Democratic Party and the Communist Party.

It may help to learn that Henry Lamb originally published his opinion piece over at WorldNetDaily, a site commonly (and rightly) referred to as “WorldNutDaily.” (Then again, I am on record as being opposed to childish name calling.) By republishing Lamb's article, the GOPUSA Eagle—an organ of the Republican Party—is basically saying, “Oh, take me! Take me! Oh, you big strong man! Ravish me!”

Think I'm kidding? Then read what else Henry Lamb says in the pages of a supposedly Republican newsletter. He sympathizes with the notion of building a viable third party, but he admits that day has yet to arrive:

The cold, hard truth is, however, that the Republican Party has the best, if not the only chance to unseat the current majority.

This does not mean that all of the people who are marching in the streets have to trade in their convictions and morph into Republicans. It means that the people who want to return America's government to the vision set forth in the U.S. Constitution must seize control of the Republican Party and transform it into an unbeatable political power focused on restoring the Constitution, free markets, private property rights, and individual freedom.

In many ways, the Republican Party is no better than the Democrat Party, especially judging by its performance in recent years. The fact remains, however, that it is the second largest political party in the nation. It has an infrastructure in every state. Its candidates get on the ballot without the hassle experienced by third parties. There is an existing war chest and money stream. It is all available for the taking.

The quickest way to political power is to take control of the Republican Party, in every precinct, in every county, in every state, and finally, across the nation.

This is the current condition of the Republican Party, an organization so bereft of content and vigor that it panders to an extremist movement that seeks only to conquer it and fill its emptiness with fulminating vitriol. 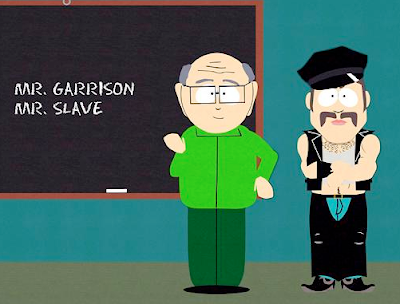 I, on the other hand, has no issue with childish namecalling, so I refer to them as the "Republan Party".

I mean, when it's so hard for them to pronounce that little "ic", it's hardly fair to make them do it in their own name, is it.

Lamb is a paragon of wit and clarity compared to some of their writers, but I did find this gem of his in "A Report Card For Islam" (http://www.worldviewtimes.com/article.php/articleid-489/Brannon-Howse/Henry-Lamb):

There was a scene in a movie in which the good guy found himself confronted by a half-dozen bad guys. He fought ferociously and, with muscle and superior fighting skills, eventually disabled all the bad guys. Just as he realized he had won, another bad guy emerged, bigger than all the rest. The good guy didn't fight, he pulled his gun and shot the bad guy between the eyes.

I'm pretty sure that movie is Indiana Jones.

I wonder if the GOP agrees with Lamb that the Convention on the Law of the Sea is an affront to American sovereignty. Oh, right.

Unrelated note: WorldNutDaily is evidently too crazy for Glenn Beck.

And they're now in a big spat with him over birtherism. (acc. to Rachel)

Well, if the fifties' zombies are back, why not rerun last year too? :-)

Oh and btw, Monday first is the only way to make calendars, fyi.