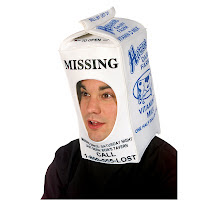 The best of my community college students are as good as any University of California student I've ever taught. But the worst of them... Ah, those poor kids! They aren't even real students.

That is, they have no idea what their role is, or what they're supposed to do. Some of them appear to fancy themselves empty vessels into which the teachers will pour knowledge. They are passive receptacles for learning. It has not occurred to them that they have any responsibility for their own education. When they fail, it's because the teacher was no good.

I have one of these students in my calculus class. He attends intermittently, flunks any quiz I happen to be giving on those days he appears, and then vanishes for another interval of recuperation from the stress of having deigned to come to school. I have a large group of such students in my arithmetic class. I see them so rarely that I have difficulty remembering their names. They like to arrive late and leave early. Class is such an imposition!

As someone who fancies himself a reasonably good teacher, I sometimes imagine that I could get through to them if only my classes were smaller and I could focus more attention on the individuals, but I'm probably wrong about that. How do I penetrate the armor of their passivity when they adamantly refuse to absorb the simplest requirements of the course? Show up! Do the homework! Ask questions when you're stuck! I have, of course, told them these things. Several times.

Another manifestation of the non-student student is their penchant for disrespecting substitute instructors. I recently was prevented from teaching a session of my arithmetic class because I had a conflicting meeting with an important campus committee. I sedulously avoid such conflicts, but there was no way around this one. I arranged with a colleague to have her cover the class for me. When students spotted someone other than Dr. Z at the front of the classroom, several promptly decamped. Some stayed only long enough to take the quiz that is usually given at the start of each period. These students walked up to the front of the room to hand in their quizzes and continued right out through the door.

My colleague felt thoroughly demeaned and slighted by their behavior. It wasn't anything personal, I'm sure. The students just saw an excuse to cut class (“Hey, my teacher isn't here!”) and off they ran. They'll whine, of course, when I hold them responsible for the material presented by my substitute.

I'd really like to teach these students some math, but first I have to figure out how to persuade them they're actually students. It's their most important lesson, and I haven't figured out how to pour it into their heads. And they're not learning it on their own.
Posted by Zeno at 9:00 PM

Ah yes- I have similar problems with students. The good ones are great, but the others... Not so much.

I teach a Tuesday-Thursday class in anatomy and physiology. It's not terribly difficult material and involves primarily memorization, although I try not to force the students to memorize more than I think they can handle.

Each Thursday I give an exam that covers the last week's material (plus some of the earlier stuff so they don't forget it) and last night I had two students show up who simply didn't want to take the exam.

The first has had 'some police troubles' and had missed class because of child care problems and those police troubles (i.e. was in jail for a week). The other just hadn't studied.

In both cases I am allowing the students to take the exam later (although after a lecture about unfairness to the other students and the importance of showing up to class prepares). Further, my policy is to allow tests to be made up anytime - it's not that much work for me (multiple choice, matching and fill-in-the-blank) and I have found that it makes absolutely no difference to the student. Rather, 'student' - as you say, they aren't really taking any responsibility for their own education at all!

The one difference is that as I work for one of those business schools, there is a policy that requires me to call my students up if they miss too much school - as though I am their parent and they are not actually adults!

I haven't yet run into the problem of rudeness to substitutes - generally, if they don't want to be there, they don't show up at all...

Wow. I have to say that I'd not only hold them responsible for the material the substitute covered, I wouldn't make it up for them in any way.

I must say that I do not like the uniform College Algebra final that was introduced last year. (passing the final = passing the class. The exact grade depends on the rest of the term). I especially don't like the lack of partial credit.

But the non-students now disappear quickly and the students have attendance that ranges from 75% - 100%.

In the past hopeless non-students would show up and disappear at various points during the term. I remember most clearly expecting some old faces whose names I'd never learned to show up the day before the final to demand help, extra credit, make-ups, or a review sheet.

I guess I'd like to modify the exam, but in this case the existence of a high stakes exam has helped.

Glad to see I'm not the only teacher that has this happen.

Of course, a good number of freshmen do have trouble scheduling an appropriate class load that they can balance with work.

There's a lot of growing up to do between the hand-holding that goes on in High School and the maturity required for college. Some do better than others.