Stupid and dishonest, but polite 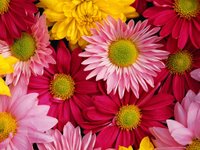 Tangled in my own web

I called a dying friend and lied to her. I told her I was running errands in town and was “just a couple of minutes away.” Was she up to receiving a visitor?

I wasn't in town at all. I was standing in my living room, using my cell phone instead of my land line so that Caller ID wouldn't reveal that I was calling from home. The idea was to make my friend think it was a casual impulse call. No big deal. It wasn't like I was going out of my way or anything. All part of the plan to abide (or appear to abide) by her wish that no one make too much of a fuss.

She told me to come on by.

It wasn't like I was far away. We live in the same town. But I was more than “a couple” of minutes from her house. (More like “a few.”) I didn't actually have any errands to run. I was venturing out specifically to visit her. But she wasn't to know that. Like I said: It's all casual, see?

Some minutes later I was on her doorstep and knocked on the door. No response. Her husband had answered my call before giving her the phone, so I knew he was at home. Where was he? My friend is bedridden, so I knew she couldn't come to the door. I waited, puzzled.

I am talented at worrying, long years of practice having honed my pessimistic edge to a razor sharpness. I hoped that no emergency had arisen. I was thinking my friend's husband was tending to one of her many awkward physical needs (with the various tubes, fluids, and painkillers involved) and couldn't come to the door right away. I waited patiently for a while before knocking a second time.

Something was definitely wrong. My concern grew. I gently tested the handle. The latch moved slightly. Not locked, I thought. Another minute had passed. (They're long when you're waiting. Go ahead. Count one off slowly. They're long.)

I finally knocked a third time and leaned close to the door, listening as I grasped the door's handle and opened the door a crack.

I heard my friend's voice. She was telling me to come in. I closed the door behind me.

“Back here,” she said faintly, weakly, from a distance.

I walked down the hallway to the master suite.

“Well, thank goodness,” she said. “You know I can't yell at you. I called out earlier, but you didn't hear me.”

I was horrified at the thought that she was exerting herself, drawing on her precious reserves of energy, to try to yell at the idiot at the front door.

“It's always unlocked,” she continued. “People just knock, stick their heads in, and yell ‘Anybody home?’ It's the easiest way.”

I hadn't gotten the memo. I apologized profusely and guiltily. She just waved me to the chair next to her rented hospital bed and asked for the latest gossip from the math department. She's a colleague.

The visit was great and lasted longer than I expected. Her husband had taken the opportunity of my imminent arrival to go run errands himself. He hadn't realized it would be less imminent than I implied in my conversation with his wife. That's why I got to spend a few additional minutes on the doorstep, hovering about indecisively. And that's why my friend had to sit through that, hearing me knock three times on the door before I managed to knock enough sense into my head to open the damned thing. So sorry! Don't want to intrude!

Each of my last several visits seemed likely to be our last meeting. So far, however, my friend has outlasted all the time markers that typically describe her condition. The doctors told her last year that the median survival time was six months. As a math teacher, she was more than ready to point out that median requires half of those who receive the prognosis to outlast that statistic. A year later, her outlier status is secure and growing ever more remarkable.

Still, the doses of pain medication go ever upward. Her strength level slips ever downward. At some point, those trend lines intersect and there will be no more milestones. When, no one can say.

But soon. Too soon. Yet there might still be time for one more conversation.

Perhaps I'll try to visit again this weekend. I should probably give up on the lying stuff, though. It just complicates things. No, I'll just say, “Hey, feel like a visit?” No cover story or excuses. Wanting to see my friend again and spend time with her is quite reason enough.

Sorry about your friend. It's wonderful that she can be at home and has friends with her. That might be a factor in why she's doing better than many.