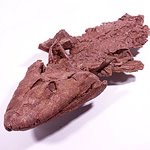 Are you a trained scientist? Most people have to say “no” to that question. Still, here is a problem in evolutionary biology that you can certainly understand. After all, I never even took high school biology and I can find the glaring flaw in an argument I heard earlier this month.

I traveled south for Easter Sunday weekend, spending several hours on the freeways of California. There are long stretches of Highway 99 where there's not much to listen to on broadcast radio. However, while surfing the AM dial, I heard a talk-show host asking a guest about Tiktaalik roseae, the recently discovered fossil that is an important transitional form between sea life and land animals.

The radio program turned out to be Kresta in the Afternoon from Ave Maria Radio. Eponymous host Al Kresta was talking to Dr. Fazale Rana, a chemist with a Ph.D. from Ohio University. Rana goes by the folksy nickname “Fuz” and is a member of the “scholar team” at Reasons to Believe, an organization whose mission is to demonstrate the compatibility of science and the Bible. As this information began to trickle out, it was pretty easy to tell where the discussion was headed.

I couldn't find an on-line archive of Kresta's program. Fortunately, I do not have to rely solely on my memory to do justice to Fuz Rana's argument concerning Tiktaalik because his points are provided in his own words in a Reasons to Believe press release. My direct quotes are all from that source. Rana's thesis is very straightforward:

If Tiktaalik is a transitional intermediate, it means that evolution from fish to land-dwelling animals must have happened in less than 10 million years. When evolutionary biologists claim that the transition from sea to land is that fast-paced, it raises very real questions about evolution as an explanation for life's history.... 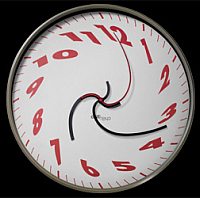 Rana's argument assumes that (a) the dates are firm and (b) ten million years is too brief a time for significant evolutionary changes. I won't argue point (b) because I don't know enough about rates of evolution to challenge it (although ten million years seems like a significant amount of time to me). I will, however, point out a problem with (a). It's very simple:

Species do not exist at single points in time. They exist in intervals of time. A species can survive for many millions of years. Fossils, however, do exist at points in time, each representing a particular animal whose lifetime was an invisible dot on the timeline of life on earth. Rana is failing to regard fossils as single representatives of their species rather than as the species themselves.

When we treat species as continua, existing over extended periods of time, we see immediately the extreme artificiality of Rana's objection. Without any assumptions concerning the rate of evolutionary change, it's clear that Rana's supposed 10-million-year period could easily have been much longer.

Although Rana works for an organization that begins with conclusions and works backward from there, he's not shy about criticizing more traditional scientists:

Evolutionary biologists have made up their minds before they even examine the data. They are so convinced that evolution is a fact they are unwilling to carefully weigh the evidence.

Perhaps, Fuz, you are the one who needs to examine the evidence more carefully. Would you like more time?
Posted by Zeno at 1:15 PM

There is a far bigger problem here, that betrays Dr Rana's ignorance of vertebrate evolutionary history.

Acanthostega almost certainly wasn't a 'land dwelling animal' - it's legs would barely be able to support it's body weight, and it had the lateral line and gills of a creature that spent most, if not all of it's time in the water. There is argument about whether or not it walked on land at all, but even if it did it wouldn't have walked very far. It is the very earliest tetrapod, and it is fish-like in a lot of respects.

Both Tiktaalik and Acanthastega (and the creatures immediately before and after them) are part of a series leading from water to land dwellers, rather than there being any one gap between water and land.

Species come and go over an average period of two million years: ten million seems like plenty long enough if the selctive pressure is high enough - like a whole new ecosystem to colonize.

This is off topic but I thought of Zeno when I read a puzzle called, Senate Intelligience Committee Paradox. Hope you get a kick out of it.